After many immense accomplishments with her first pre-release “Through the Night,” IU has once again taken over the charts with her newest track.

“Can’t Love You Anymore,” featuring Hyukoh’s Oh Hyuk, dropped on April 7 at 6 p.m. KST as a precursor to her upcoming album. Shortly after its release, the song easily gained an all-kill on the music charts by 8:30 p.m. KST, echoing the success of its predecessor “Through the Night.” 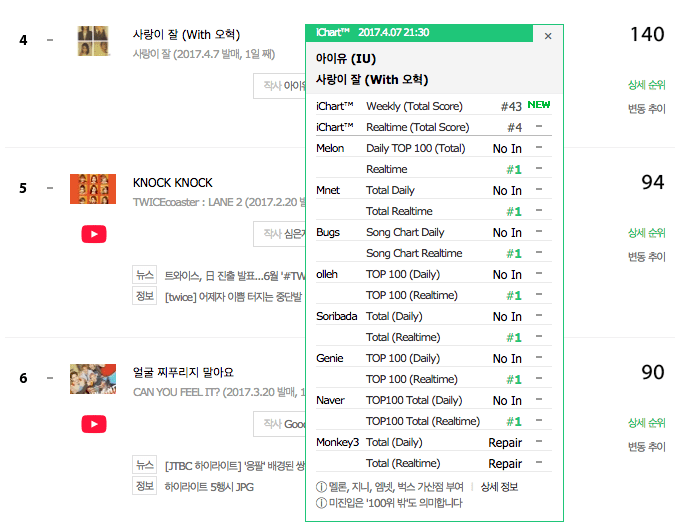 The song is described as an R&B track with realistic lyrics about the views of a man and a woman when experiencing a state of weariness in their relationship.

IU’s fourth full-length album will be released on April 21, along with the music video for “Jam Jam.” Check out the trippy teaser for this track here!