Following the news of the collaboration between IU and Sunwoo Jung-A,  Sunwoo Jung-A’s agency Magic Strawberry Sound released a behind-the-scenes look of their recording session.

The two brilliant singer-songwriters have known each other ever since IU was 20 years old, and then properly worked together for the first time for IU’s song “Jam Jam.” IU also revealed that Sunwoo Jun-A took part in her song “Secret Garden,” and explained that she had promised she would repay the favor in any song Sunwoo Jun-A wanted. 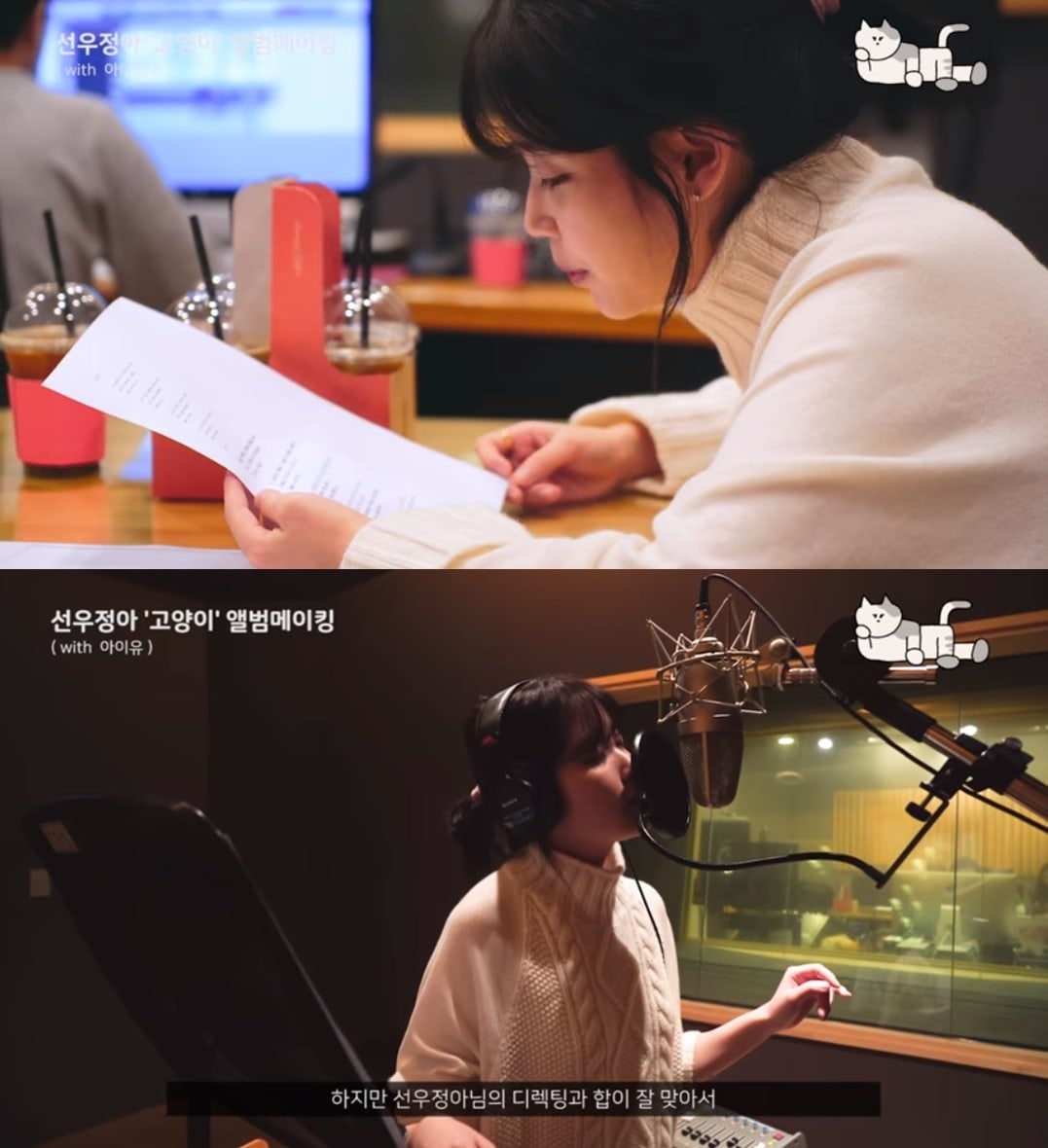 During the interview, IU revealed, “It’s a song with really interesting lyrics. When you first hear the lyrics, you think that this is from the perspective of a chic person [who is] acting nonchalant. However, the twist is that the title is ‘Cat.’ It’s a song that is witty like Ha Sang Wook’s poems, where you realize [the subject of the song] after reading the title.”

In return, Sunwoo Jung-A commended, “This isn’t an easy song. However, the recording with IU ended in an hour. IU accomplished this.” 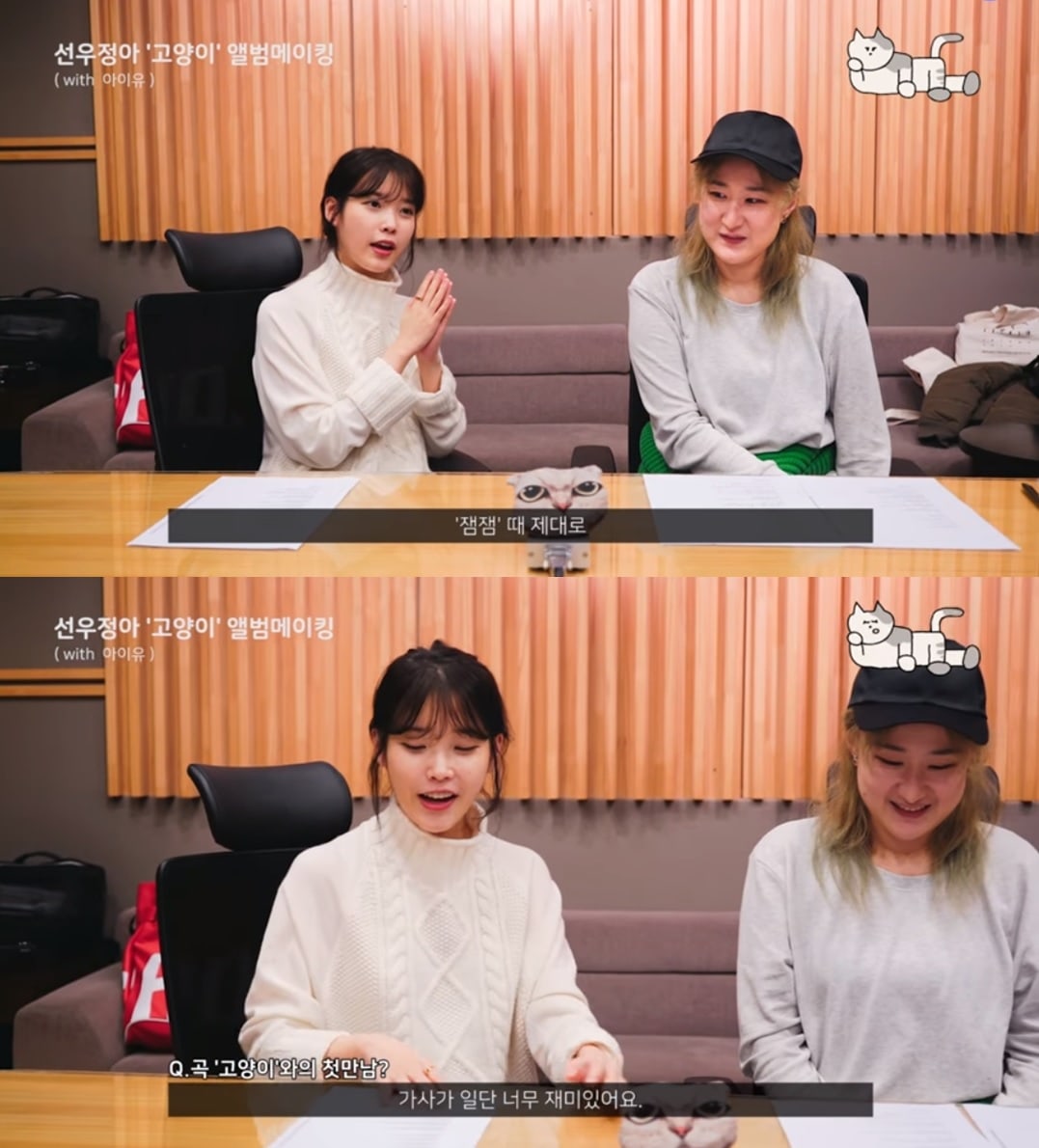