Perhaps IZ*ONE‘s Eunbi isn’t so great at missions and games. On one of IZ*ONE’s live broadcasts, Eunbi needed to call a member and hear her say that she’s “so-so”. Eunbi decided to call Hitomi and try to get her to say the magical words. Eunbi’s initial attempts just end in Hitomi being more confused than anything.

Eunbi starts asking such weird questions that Hitomi starts thinking that she may be drunk.

The other members burst into laughter after Hitomi’s comment. Eunbi also reveals that she can’t even drink alcohol.

Eunbi continues her mission but still does terribly on communicating with Hitomi. Hitomi even starts questioning if Eunbi’s okay.

This leads to even more strange questions from Eunbi, to which the other members find strange and hilarious.

After many questions, Hitomi eventually says the magical words to Eunbi. 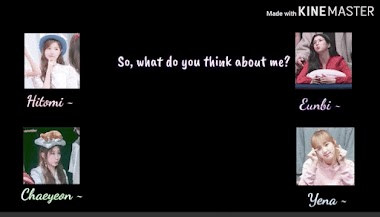 Eunbi is quick to explain the situation and how she was only trying to complete a mission. She also reveals how shocked and upset she was that Hitomi thought she was drunk.