Jackson, Jooheon, and Dahyun Show How Their Fellow Members Supported Them for “Weekly Idol”

Make way for the newest members of the “Weekly Idol” family!

On the April 13 broadcast of MBC Every1’s “Weekly Idol,” GOT7‘s Jackson, MONSTA X’s Jooheon, and TWICE‘s Dahyun made their first appearances as regular cast members. They, along with one other “mystery” member (who will not appear until next week), will host a new segment called “Idol’s the Best.”

At the request of Super Junior‘s Heechul, the idols enter the studio while showing off their dance moves. Afterwards, they each introduce themselves, remembering to include their respective group’s signature catchphrase. 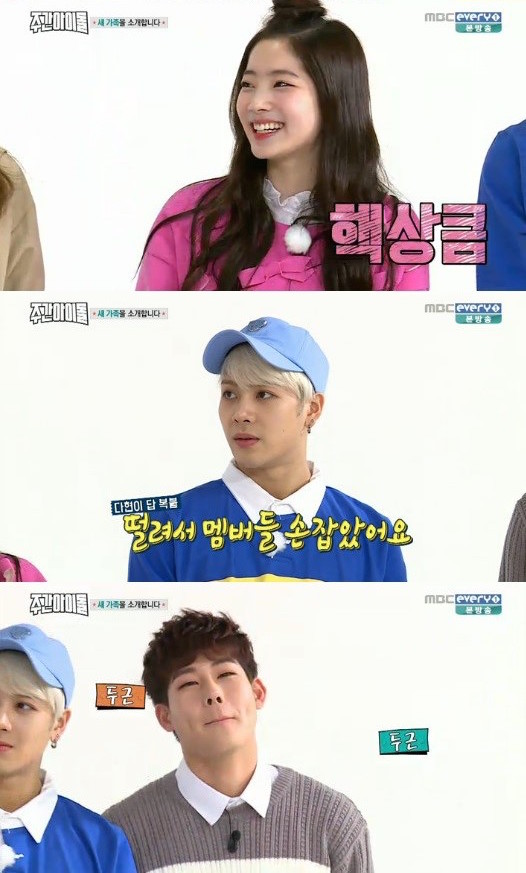 Dahyun then brightly reveals, “This morning, because I tend to get nervous, my members held my hands and said encouraging words.” Jackson, after listening to her, also says, “Because I get nervous, my members held my hands,” copying Dahyun word for word. While everyone laughs at the clever joke, Jooheon looks nervous, and then bluntly states that his “members didn’t really do anything at all. They didn’t really say anything either,” making the whole studio burst out into laughter again.

Watch the three idols and their hilarious shenanigans below!