The series premiered with a successful start on April 25 and cemented itself as a stylish drama with a compelling storyline, sensual directing, and three-dimensional characters.

One of the most appealing parts of “Suits” is the bromance between Choi Kang Suk (played by Jang Dong Gun) and Go Yeon Woo (played by Park Hyung Sik). The two similar yet different men have grabbed viewers’ interests with their aura, chemistry, and teamwork.

On April 29, the drama shared some behind-the-scenes photos of its two leads. In the photos, Jang Dong Gun and Park Hyung Sik prepared to film their scene. In between takes, they rehearsed lines together and showed off the teamwork off-screen that resulted in a great bromance on-screen. 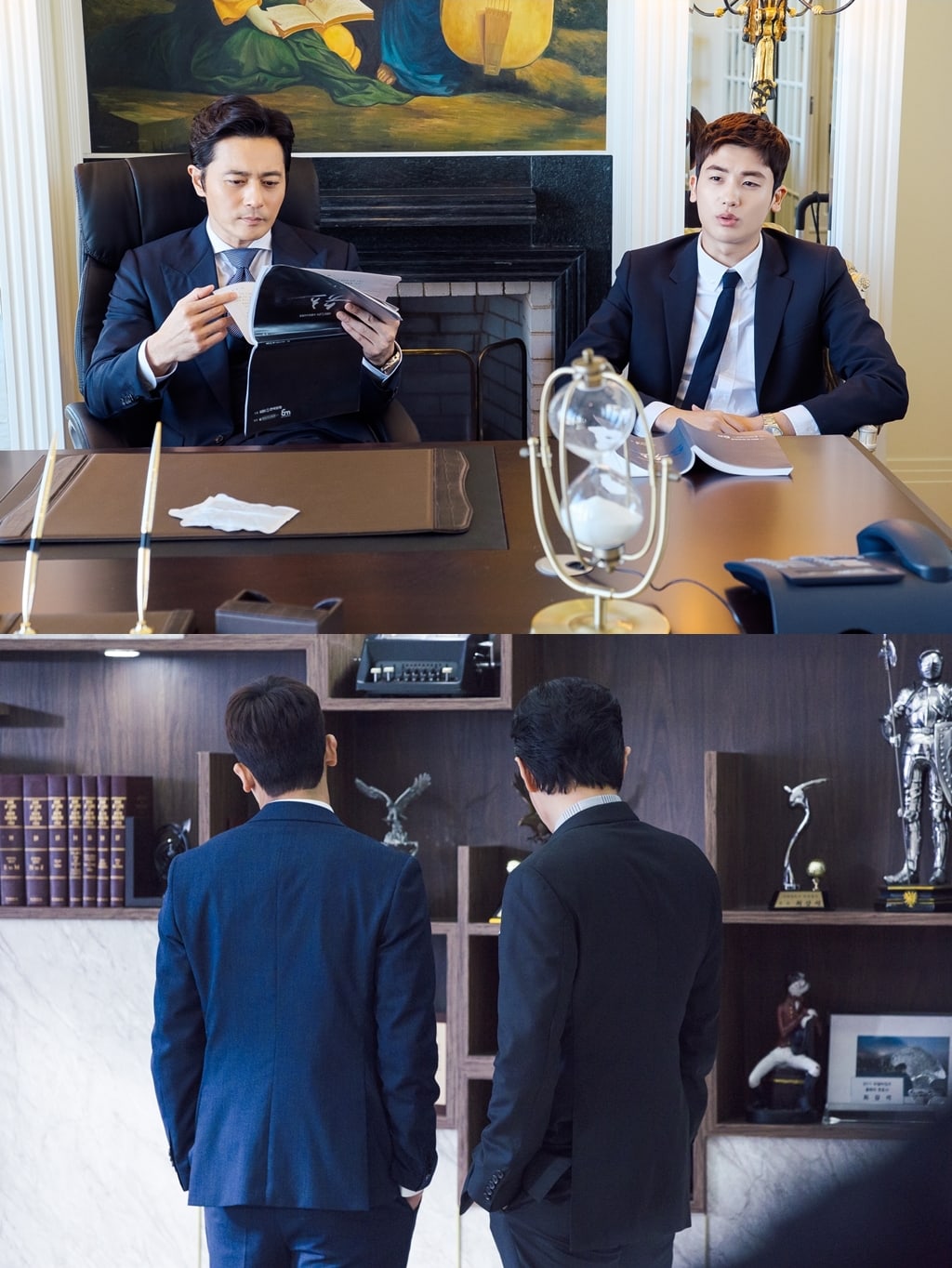 A source from the drama said, “Whenever they have time, Jang Dong Gun and Park Hyung Sik talk a lot about scenes in the drama and their characters. We think great, perfect scenes were created thanks to their efforts. Also, the teamwork of the two actors has created a good atmosphere with lots of laughter. All of the crew and cast are happily filming their scenes.”

“Suits” tells the story of a legendary lawyer and a genius without a college degree or law license that he hires as his associate. The drama airs on Wednesdays and Thursdays at 10 p.m. KST.