The two lead stars of “Suits” recently sat down for an interview on the April 27 broadcast of KBS’s “Entertainment Weekly.”

While talking about the drama, the interviewer commented how a few drama bromances in the past were so popular that they won Best Couple award at the year-end award shows.

At the moment, Jang Dong Gun turned to Park Hyung Sik, saying, “Should we try to go for that?” The younger actor replied, “I’m confident. I think we have a good chance. Since we are a drama that focuses on the bromance…”

Demonstrating firsthand how good their chemistry is in real life, Park Hyung Sik revealed when he first watched the original “Suits,” he thought only Jang Dong Gun would be able to act as the Korean counterpart of Harvey Spector. “He’s perfect,” Park Hyung Sik explained.

The MC also brought up a survey conducted by “Entertainment Weekly” that named Jang Dong Gun as the best-looking actor and showed a photo of him when he was younger.

When Park Hyung Sik commented, “He looks like he actually popped out of a comic book,” Jang Dong Gun reciprocated and affectionately said, “You look like you did too right now.” 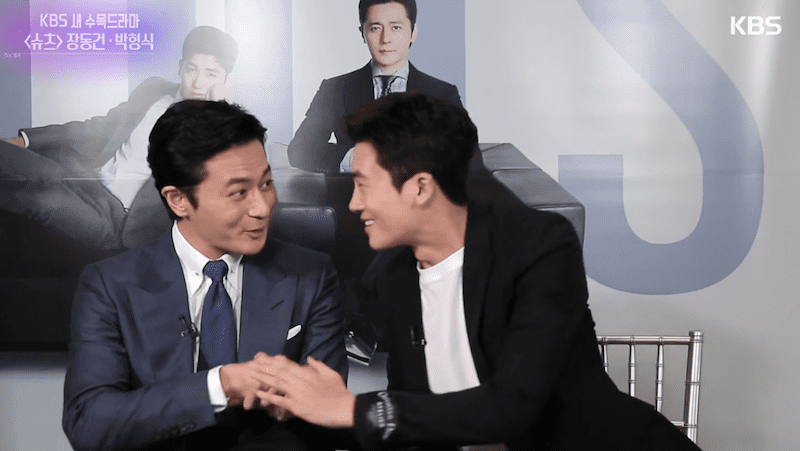