Jang Dong Gun Transforms Into A Skilled Lawyer For “Suits”

Jang Dong Gun is transforming into a legendary lawyer.

Upcoming KBS drama “Suits” is about a legendary lawyer and his genius protege who pretends to be a lawyer. Based on the popular American TV series of the same name which has aired seven seasons so far, it will be the first time that the show is getting a remake.

In the released photos, Jang Dong Gun is dressed, befitting the drama’s name, in a clean suit. He has transformed into a lawyer as he works a case at the courthouse, looking serious as he searches for information on his laptop, surrounded by stacks of case documents. 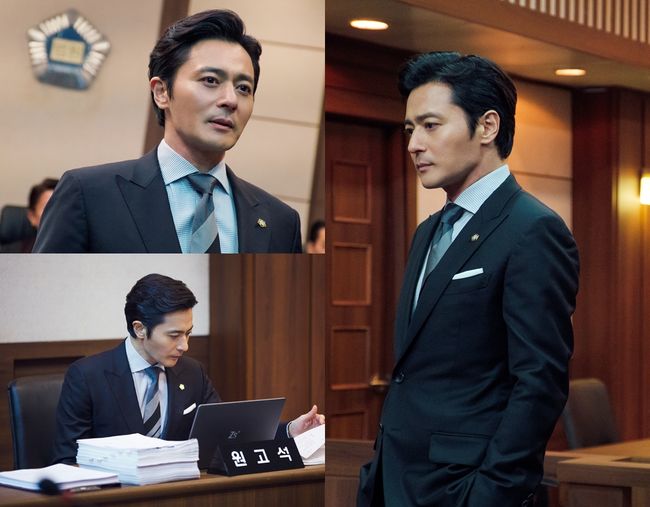 “Suits” will be Jang Dong Gun’s comeback to the small screen after six years as he plays legendary lawyer Choi Kang Seok. Choi Kang Seok works at one of Korea’s top law firms, Kang & Ham. Armed with intelligence and good judgment, he has earned himself a high case success rate.