Jang Geun Suk and Son Byung Ho will be bringing on the tears as they share a heartfelt moment together in the upcoming episode of “Switch”!

SBS’s Wednesday-Thursday drama “Switch” released new stills showing Sa Do Chan (played by Jang Geun Suk) talking to his father Sa Ma Chun (played by Son Byung Ho). In the previous episode, Sa Do Chan had been investigating a case when he came face to face with his father, a person he thought was dead for 20 years.

The upcoming episode will show the father and son embracing each other and sharing a warm conversation together. The new stills show Sa Do Chan sitting on a park bench and Sa Ma Chun approaching him. They are unable to stop smiling as they catch up on each other’s lives. Despite the characters not shedding any tears, it is an emotional moment to watch as behind their smiles are a myriad of emotions that are swirling in their heads. 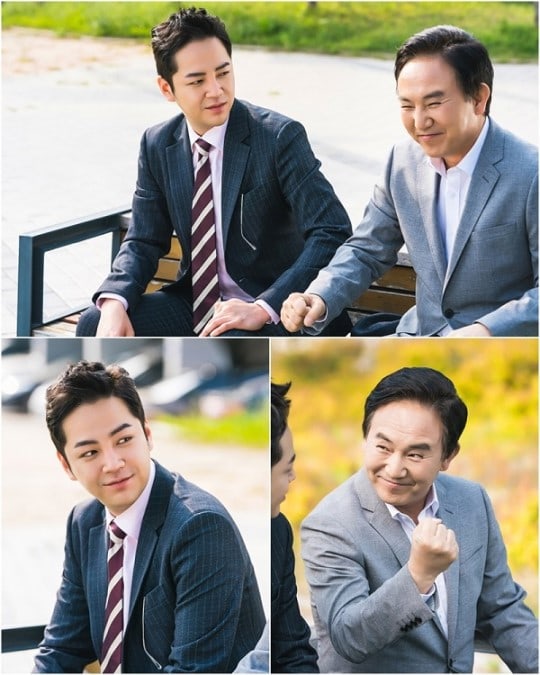 The production staff stated, “Jang Geun Suk and Son Byung Ho perfectly portrayed a father and son reuniting for the first time in a while. Their emotions felt so real that the set was silent as everyone watched the scene unfold.”

The question of why Sa Ma Chun has finally revealed his existence after 20 years of hiding in the shadows and watching over his son from afar will be answered in the upcoming episode of “Switch.” The drama airs every Wednesday and Thursday at 10 p.m. KST.