Jang Hyuk Shares The Reason He Continuously Takes On Many Productions

On the September 26 episode of MBC’s “Radio Star,” Jang Hyuk revealed the reason for filming without taking any breaks.

During the show, the hosts asked the actor, “We heard you push your managers to bring in the next script in the middle of filming [your current drama]. What is the reason for doing back-to-back productions?”

Jang Hyuk answered, “People say it’s because I’m a workaholic or I don’t want to go home, but that’s not it at all. After working continuously for 23 years, I miss home and want to spend time with my children. However, now that I am in my mid-40s heading towards my late 40s, I keep thinking I should do a lot of productions. I have to appear in various genres so that I can relax in my late 40s.” 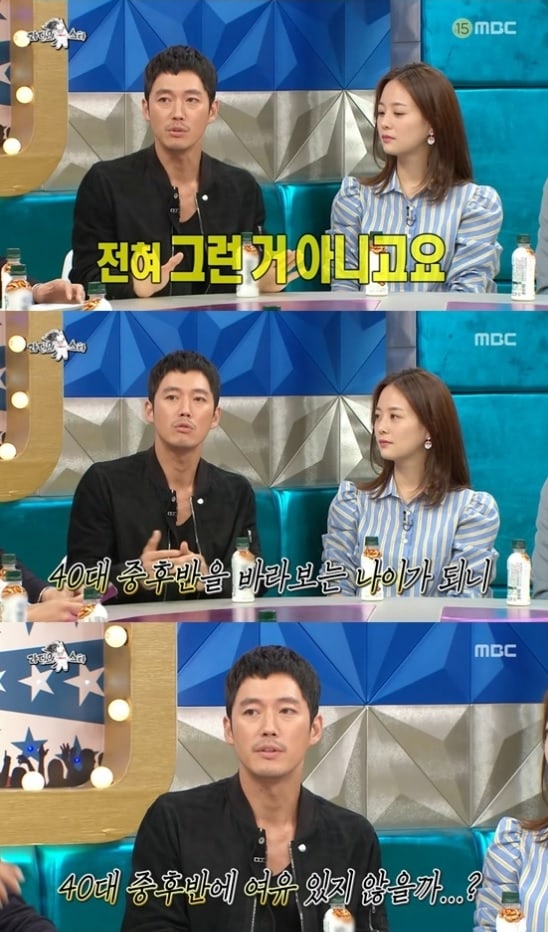 Jang Hyuk’s newest drama is “Bad Papa.” He will play the role of Yoo Ji Chul, a man who becomes a bad person in order to be a good father to his children. A former boxing champion and national hero, Yoo Ji Chul ends up losing his family, fame, and fortune in a single morning after suffering a disgraceful defeat. Son Yeo Eun, Shin Eun Soo, and Kim Jae Kyung will star in the drama as well.

“Bad Papa” is set to premiere on October 1 at 10 p.m. KST and will be available on Viki. You can check out the latest teaser here.