Jang Ki Yong’s character graduates top of his class at the police academy for “Come and Hug Me.”

Upcoming drama “Come and Hug Me” is about a man and a woman who were each other’s first loves, but were torn apart when they were children because the man’s father was a serial killer and the woman was the daughter of one of his victims. They meet as adults and learn to love each other.

In recently released photos, Jang Ki Yong, who plays police officer Chae Do Jin who chose his profession because his father was a serial killer, is seen at his graduation ceremony. He wears a crisp police uniform and is seen graduating at the top of his class, as he stands in front of the microphone as well as in front of other graduating members. Rather than nervous, he looks confident as the stares straight ahead, unhesitatingly. 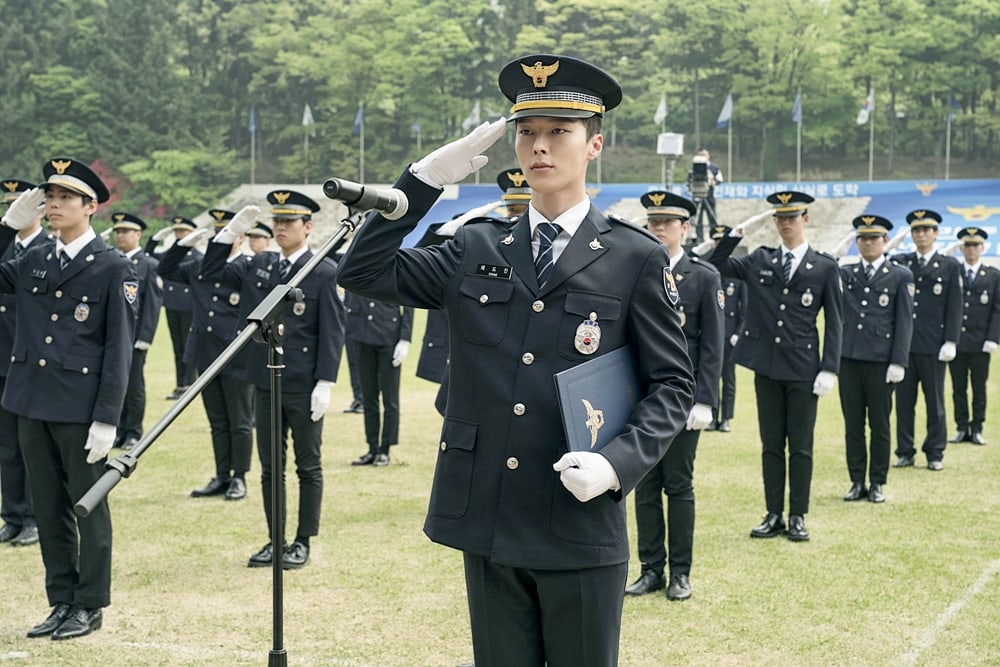 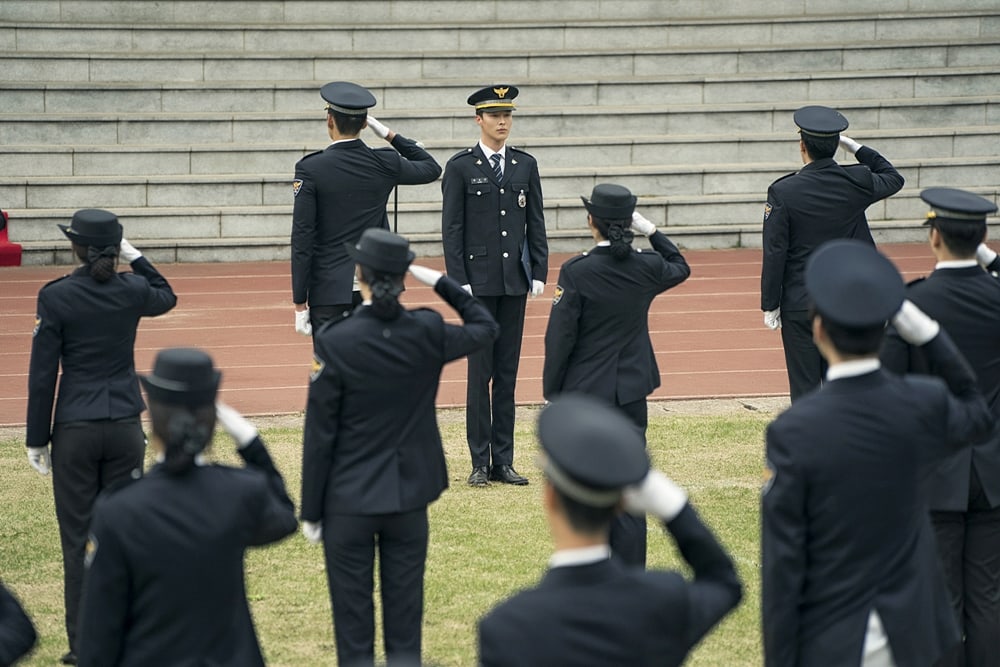 A source from the drama shared that after graduating, Chae Do Jin becomes a straight-laced policeman with a strong sense of justice. The source stated, “The process in which Chae Do Jin grows as a policeman, despite having a serial killer as a father, will be shown in the drama. Please look forward to and encourage him as he overcomes all sorts of obstacles to become a policeman.”

“Come and Hug Me” will air its first episode on May 16, and will be available on Viki!