Jang Ki Yong’s character experiences a humiliation during an important moment in his life on “Come and Hug Me.”

Although Jang Ki Yong’s character, Chae Do Jin, was a model student at the police academy, he is pelted with eggs at his graduation photo as people hold up signs around him. The signs protest the fact that Chae Do Jin received an award at his ceremony despite the fact that he’s the son of a serial killer. 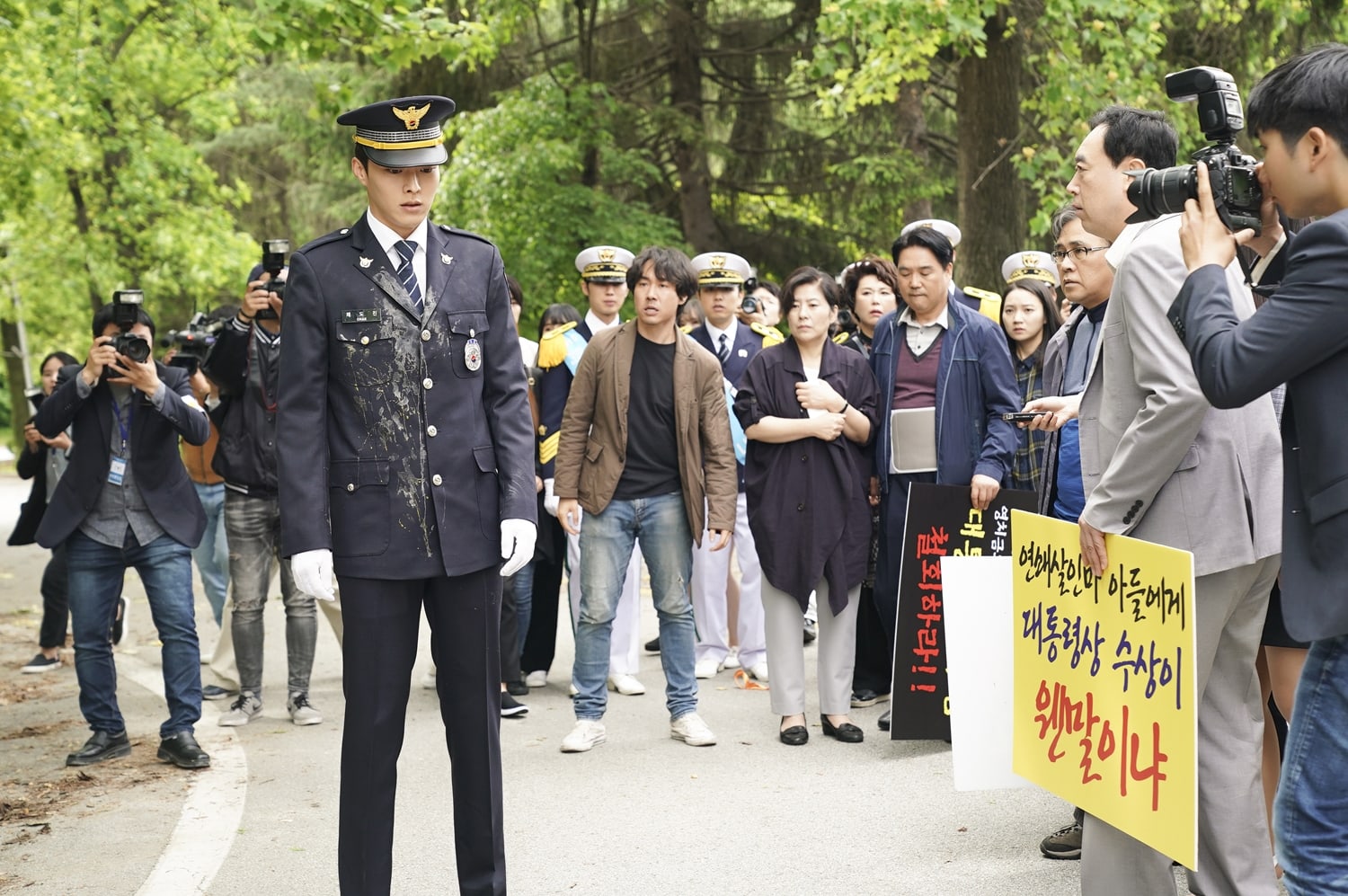 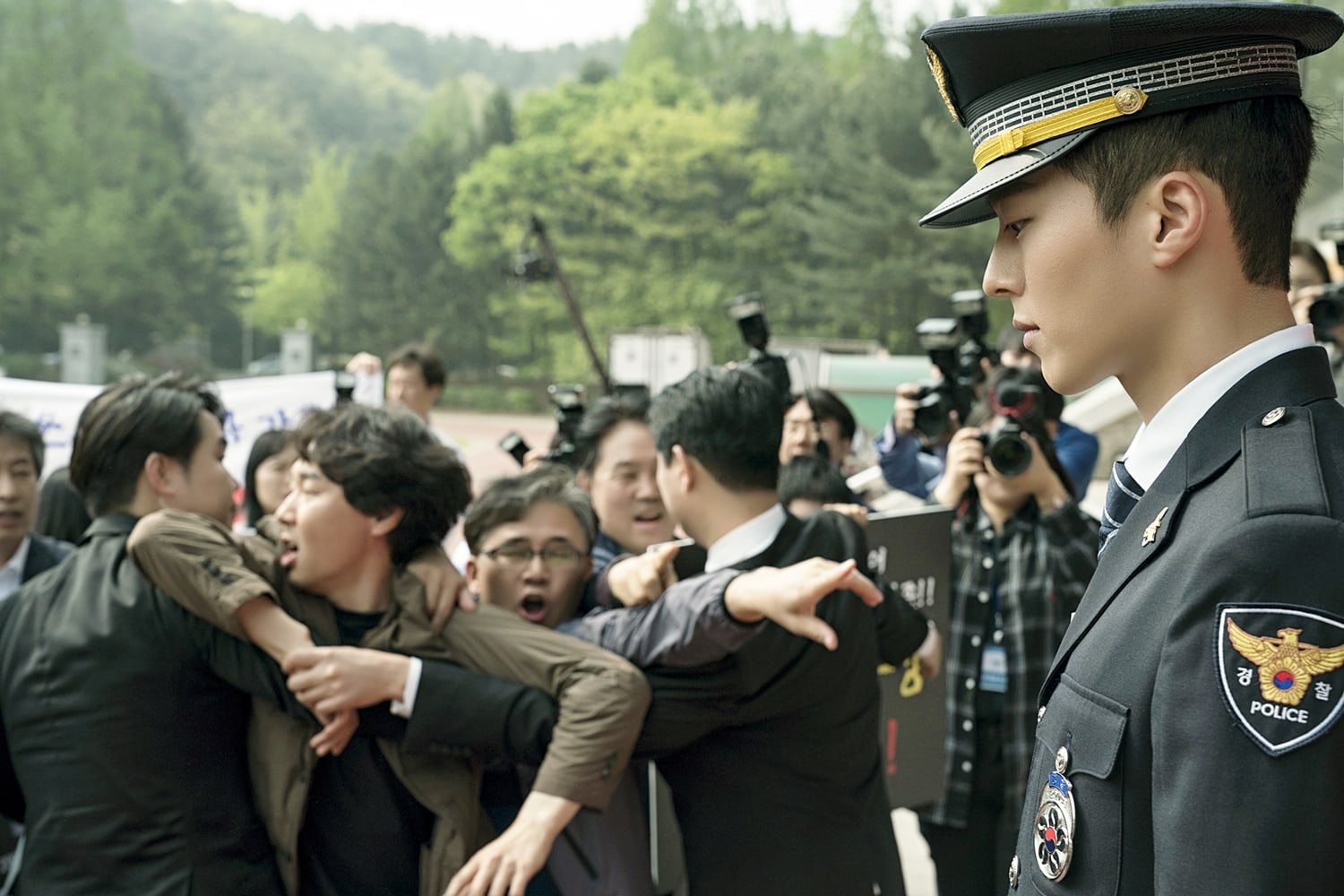 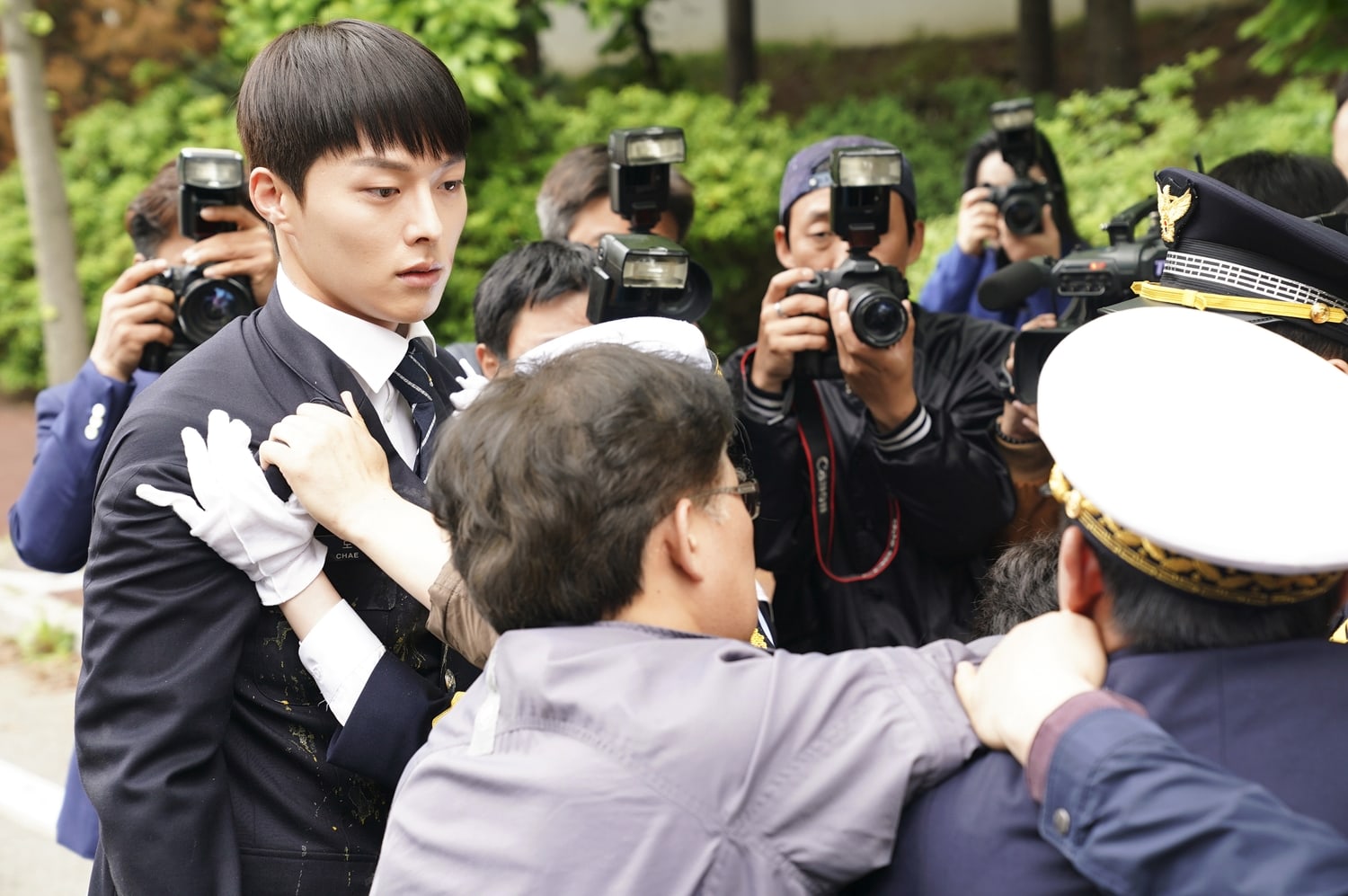 In the stills, Chae Do Jin doesn’t lift a finger to defend himself, staring impassively into the distance as people crowd around him and yell in his face. The production staff stated, “Please look forward to the broadcast to see how [Chae Do Jin] bears the weight of this burden on his shoulders.”

Watch the latest episode of “Come and Hug Me” on Viki below: