“Come Hug Me” has given viewers a first glimpse of Jang Ki Yong and Jin Ki Joo as their characters as well as their younger selves.

Upcoming MBC drama “Come Hug Me” released photos of the two main leads Chae Do Jin (played by Jang Ki Yong) and Han Jae Yi (played by Jin Ki Joo) treasuring their memories of first love. The drama is a romance about a policeman and actress who were torn apart when they were young due to a murder, as they reunite and embrace each other’s pain and wounds.

In the photos, Jang Ki Yong is dressed in a pressed white shirt and tie as Chae Do Jin, as he gazes off into the distance. The cherry blossoms are beautifully in bloom behind him, and signal a wistful, romantic tone. 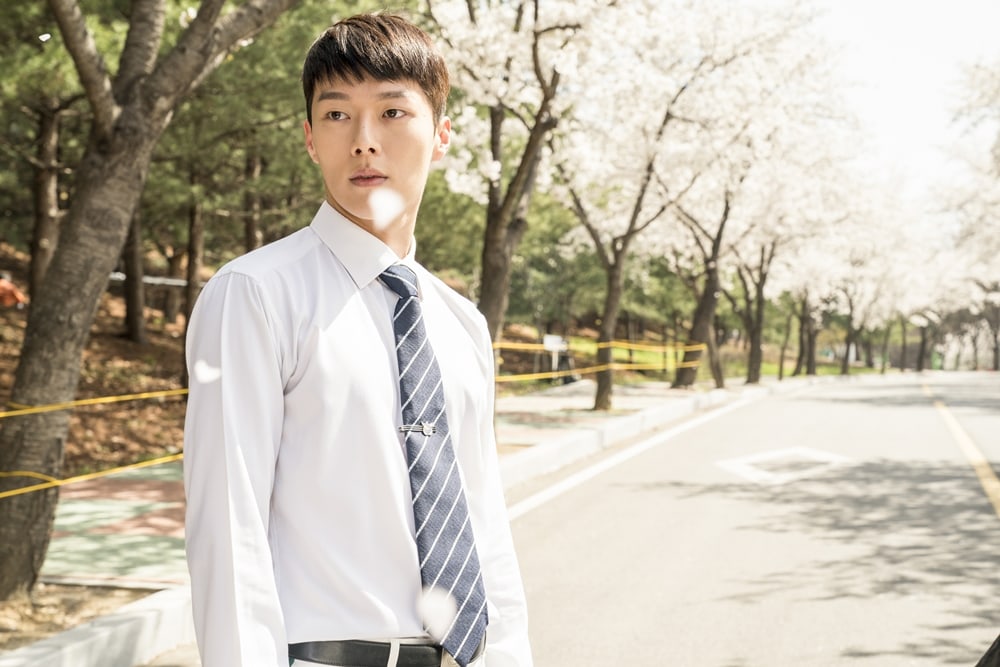 Jin Ki Joo is dressed in a traditional hanbok as Han Jae Yi, and she crouches down on what appears to be a theater set. She has a small smile on her face as she remembers the happy memories of her first love. 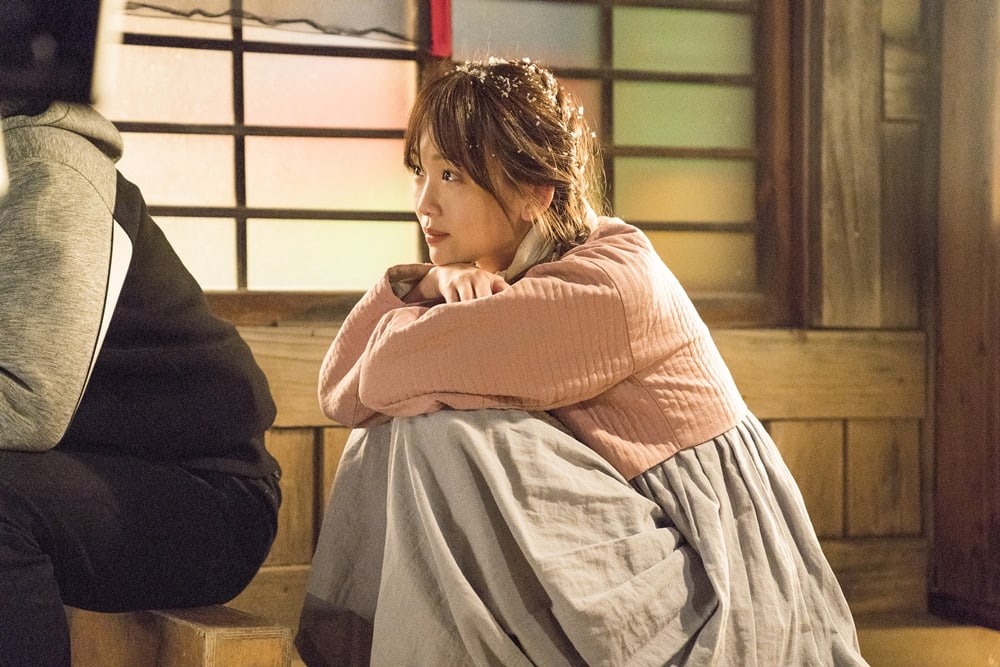 Their younger selves are also revealed in photos. Just as in Jang Ki Yong’s photo, there are cherry blossoms in bloom in this particular moment. However, their past selves have different names, as Chae Do Jin’s name tag says Yoon Na Moo (played by Nam Da Reum) and Han Jae Yi’s name tag says Gil Nak Won (played by Ryu Han Bi). 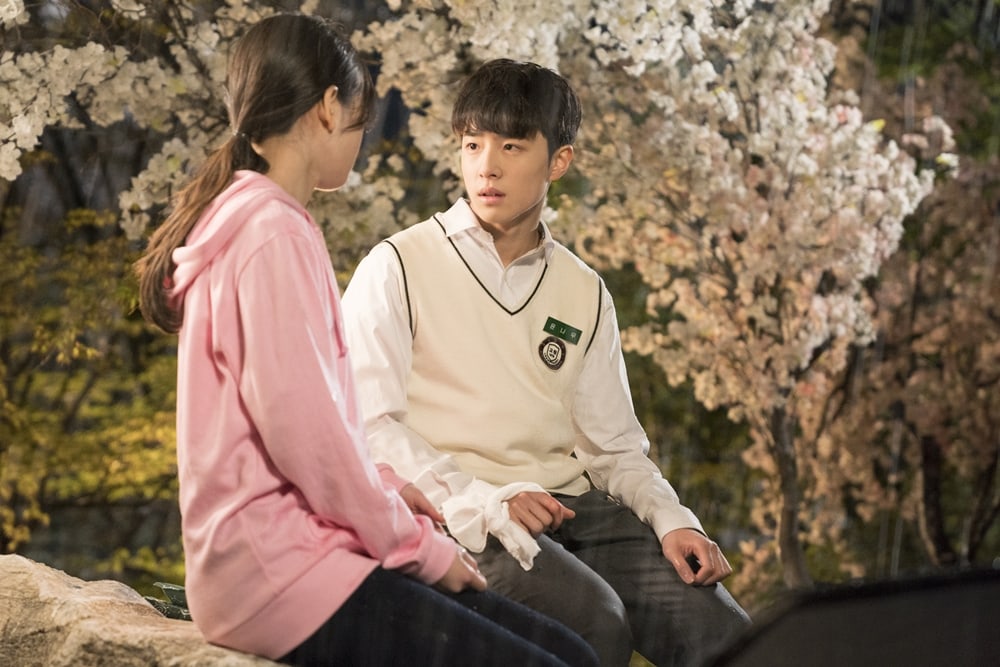 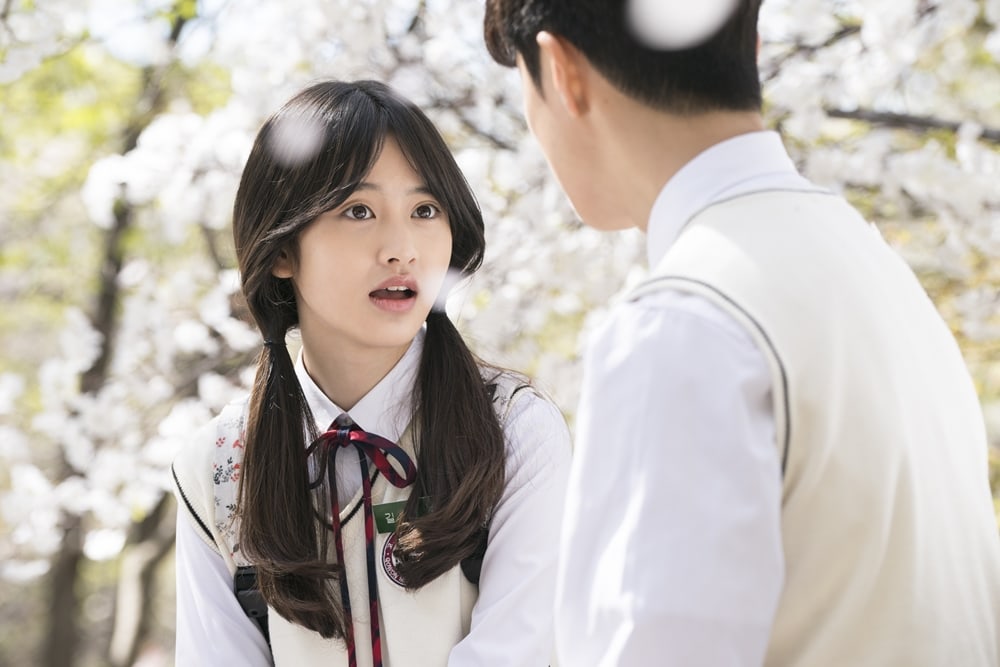 A source from the drama stated, “The situation between Do Jin and Jae Yi’s young selves as they experienced first love will gradually be resolved. Their stories will unfold in a way that fits the warm spring weather, so please look forward to it.”

“Come Hug Me” will air after “Hold Me Tight,” in mid-May.