In the Wednesday-Thursday drama, Jang Nara plays Oh Sunny, a woman who tries to reveal the corruption and truth of the imperial family, and Choi Jin Hyuk plays Chun Woo Bin, a man who enters the royal palace to avenge his mother’s unjust death. The two work together to enact revenge on the imperial family.

During the last episode, Chun Woo Bin discovered that he had less than three months to live and began to train Oh Sunny in self-defense. The two later informed the whole world about the Empress Dowager’s evil actions, including her involvement in a scandal involving the empress. With such developments, the two are approaching the completion of their revenge.

In the released stills, Oh Sunny and Chun Woo Bin calmly walk by each other without exchanging any emotional interactions, revealing a change in their relationship. In this scene, Chun Woo Bin, the security head, gives a courteous greeting to Oh Sunny, whom he encounters by chance in the royal palace, and passes by her as he walks along with the other security guards. Oh Sunny stares back at Chun Woo Bin, who walks away coldly with a dignified expression, her expression wavering, and the two make eye contact. 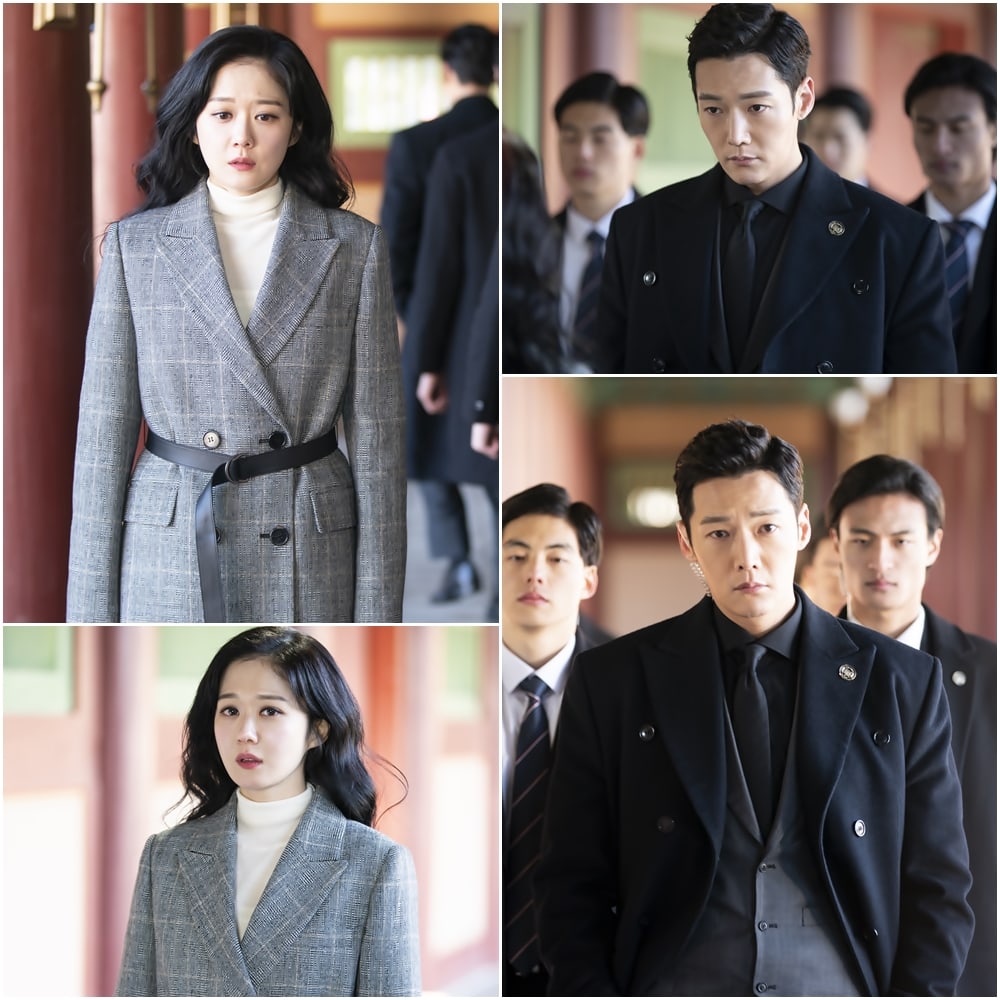 The actors shot this scene at Buyeo County in South Chungcheong Province. Although Jang Nara and Choi Jin Hyuk did not have any spoken lines, the two actors became immersed in portraying their characters’ emotions. While preparing for the shoot, the two raised the bright atmosphere on set by happily chatting and laughing together.

The production staff stated, “This is a scene that shows the unfortunate relationship between [Oh Sunny and Chun Woo Bin], who worked together for revenge, as they walk past each other. Please look forward to how the story will unfold and if Oh Sunny and Chun Woo Bin will be able to bring down the royal family and enact revenge on Emperor Lee Hyuk and the Empress Dowager in the span of three short months.”

“The Last Empress” airs on Wednesdays and Thursdays at 10 p.m. KST. Check out the latest episode below!