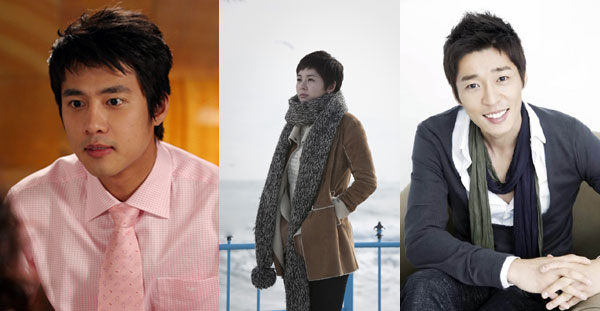 This medical drama portrays loves and choices happened in an Obstetrics & Gynecology clinic.  Mixed with interesting storylines, the drama delivers the message of respecting lives and the painful choices made by many pregnant women.  The PD is Lee Hyun Jik (이현직) whose previous drama was “Lobbyist” and the script writer is Choi Ha Ra (최희라) who wrote for the medical drama “New Heart”.

Jang Suh Hee (38) plays the role Suh Hye Young (서혜영) who is a doctress working in a local OB & GYN clinic. Suh Ji Suk (29) plays the role Wang Jae Suk (왕재석) who is a humorous and charming doctor. He is trusted by his patients due to his caring and considerate attitudes. Although he acts like a playboy, he had a difficult childhood which left scars on his mind.  Hye Young and Jae Suk have been classmates from elementary school, middle school, high school, to medical school.  Hye Young and Jae Suk develop entangled romance.

Jang Suh Hee says, “The story starts from my role Hye Young learns that she is pregnant. The storylines are about patients coming to the clinic for medical treatments as well as the comical episodes across love and friendship among the characters played by Suh Ji Suk, Go Joo Won, and myself.”

She adds, “I wore a nurse gown in a drama I played before. This time, I wear a doctor gown. On the first day of 2010, I filmed a scene of this drama about performing the Caesarean Section on a pregnant woman. I felt the sense of responsibility while I was filming that scene.”