The rankings were determined through an analysis of consumer behavior, using big data collected from December 25 to January 26. The Korean Business Research Institute evaluated the participation, interaction, and community indexes of 50 female advertisement models in order to calculate each star’s total brand reputation index for January.

Actress Yum Jung Ah, who is currently starring in JTBC’s hit drama “SKY Castle,” made her debut in the rankings at the top of this month’s list. The star’s total brand reputation index for January came out to 1,785,052.

Red Velvet’s Irene rose to second place this month after seeing an impressive 55.62 percent increase in her score since November (the last time the rankings were published). The idol’s total brand reputation index came out to 1,018,857 for the month.

Jessi took third place on the list with a total brand reputation index of 969,463 for January, marking a substantial 51.54 percent increase in her score since November.

Check out the top 30 for January below! 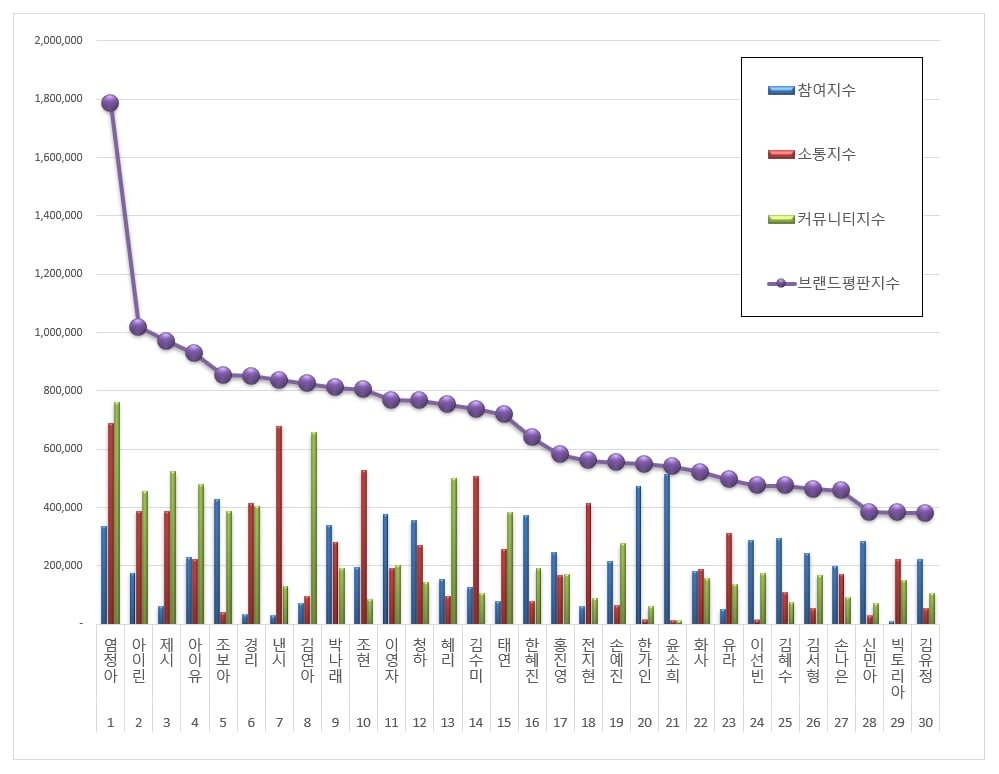