More stars have been confirmed for the remake of Japanese drama “Rich Man, Poor Woman”!

Production company iHQ revealed that “Rich Man” has finalized its casting. The drama will star EXO’s Suho, Ha Yeon Soo, Oh Chang Suk, and Kim Ye Won. The drama is quickly rising to one of the most anticipated works to air in the first half of 2018.

Highly acclaimed production staff will be working to make this work come to life. Min Doo Shik, famous for directing Netflix drama “My Only Love Song” and web drama “Missing Korea,” and writer Hwang Jo Yoon, who is known for the movie “Masquerade” and “Memoir of a Murderer,” will be participating in this work.

Suho will be playing Lee Yoo Chan, a genius programmer and CEO of “Next One.” Lee Yoo Chan has everything, including looks, skills, and charisma, but suffers from a face recognition disability. As someone who values machines over people and skills over relationships, his life starts to take a turn when he meets the “incalculable” Kim Bo Ra (Ha Yeon Soo).

Kim Bo Ra, on the other hand, boasts an impeccable skill of being able to memorize everything. She hails from Jeju Island, where she never missed being No. 1 in her school. Despite her family’s expectations and her passionate pursuit for a job, she is unsuccessful in finding a career. 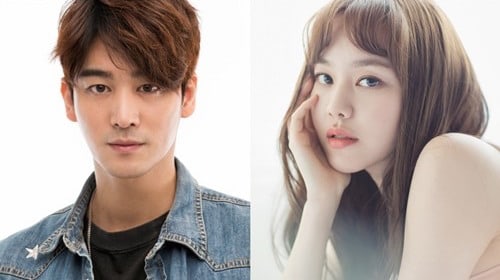 Oh Chang Suk will be portraying “Next One” co-founder Min Tae Joo, a seemingly perfect man with flawless visuals and a gentle personality. Kim Ye Won will be playing Min Tae Joo’s younger sister Min Tae Ra. Her character has great looks, skills, and personality, but she starts to feel jealousy as she sees Kim Bo Ra next to Lee Yoo Chan.

The production staff for “Rich Man” commented, “The work is intended to highlight the charming points of the original version, while adding another layer of fun and emotion.”