JBJ has prepared one last gift for their fans.

The group will be the first idols to appear on “Amigo TV Season 3,” a variety show centered around idol groups. The “Amigo TV” series has brought on many idol groups over the first two seasons, including EXO-CBX, I.O.I, TWICE, Wanna One, EXID, NU’EST W, SEVENTEEN, BTOB, and MONSTA X.

The first idol group to make an appearance in the third season is none other than JBJ, who concluded their activities in April. This was the last variety show they filmed together and was prepared as a surprise event for their fans. 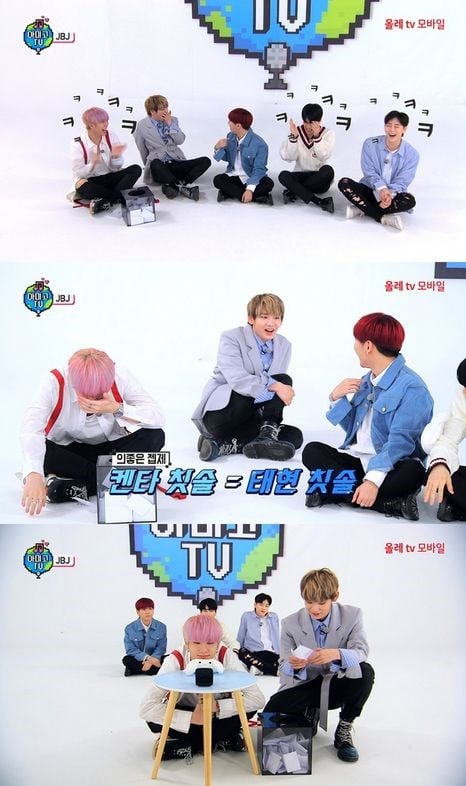 JBJ will not only give fans a glimpse into how they hang out together in the waiting room, but they will also play a variety of games together in a “picnic-themed” show. There will also be a “TMI Corner,” where the members share secrets about themselves that they’ve never shared before. While filming the show, the JBJ members were talking about what colors their toothbrushes were when Takada Kenta learned for the first time that he had been using Noh Tae Hyun’s toothbrush all along. The members will also take on a variety of challenges and even play a game of Mafia.

At the end of the broadcast will be a special video message from JBJ to Joyfuls, where they will express their love and gratitude towards their fans.

“Amigo TV Season 3” will be pre-released on May 28 through Olleh TV Mobile. JBJ’s appearance will become available across three episodes on May 28, May 30, and June 1 at 6 p.m. KST.