Not only is JBJ getting ready for their first comeback, but they are also preparing for their very first concert!

According to a new schedule revealed ahead of their second mini album, JBJ will be dropping teasers from January 3 KST to January 16 KST, before releasing the actual album on January 17 KST.

Along with this info, the group also shared that they will be holding their first concert on February 3-4 KST. 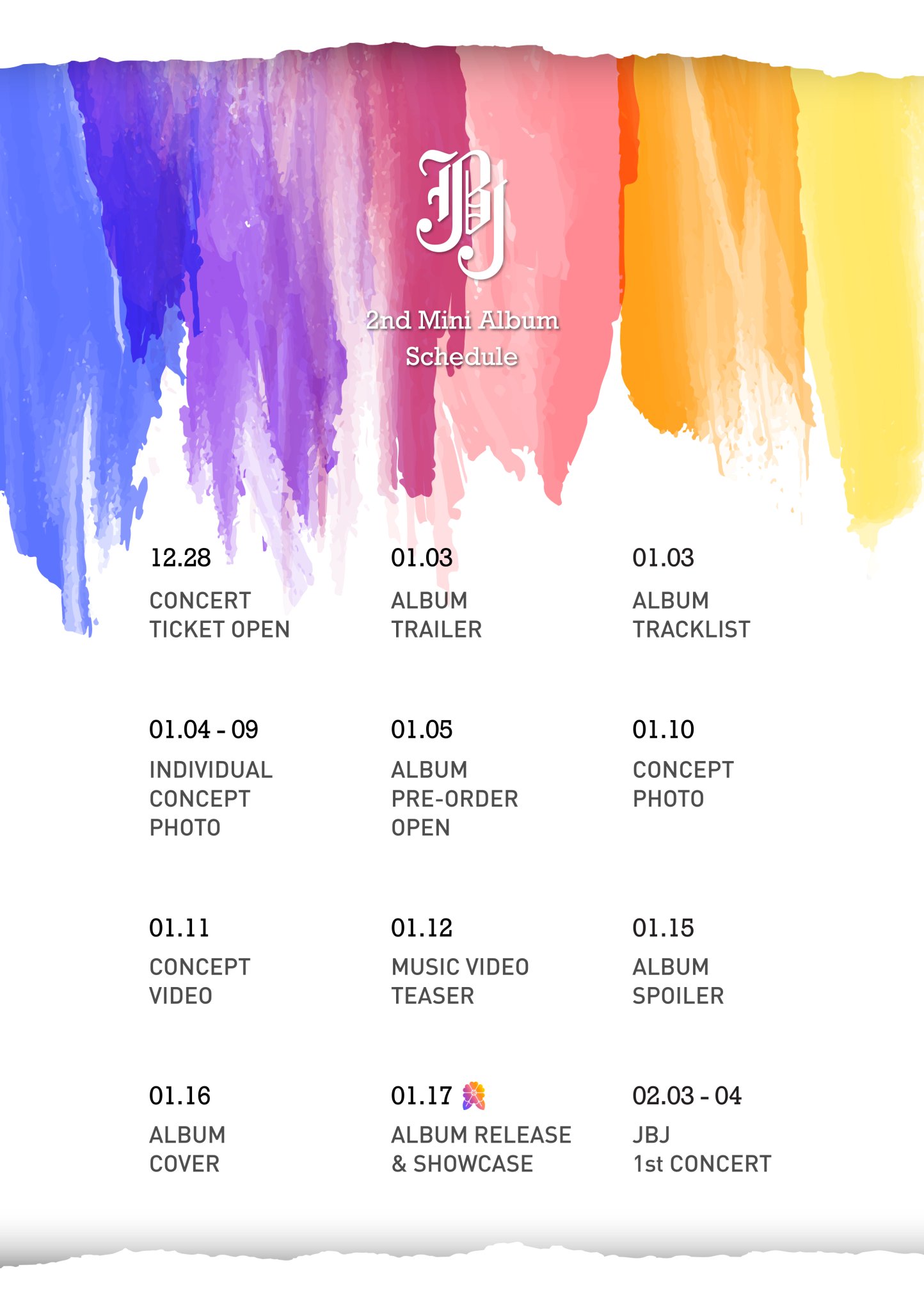 JBJ is gearing up for their first comeback!

On December 21, the group’s management agency kakao M confirmed, “They are preparing a new album aimed for January.”

According to the agency, they are working on comeback preparations while also traveling throughout Asia for their fan meeting tour. More than half of the album is said to be complete.

JBJ is a group of former “Produce 101 Season 2” contestants that was originally imagined by fans as an ideal combination of members. After continuous support, JBJ eventually made their debut with “Fantasy” in October. Originally under a seven-month contract, it was recently revealed that they are in discussion for renewal.