During a V Live broadcast on February 1 celebrating 95 days since their debut, JBJ95 finally revealed the name of their fan club!

The duo announced that they would be accepting name suggestions from fans late last year, and there were several options, including “Dreaming,” “Ribbon,” “Ogu Ogu (5959),” “Ilwon,” and “Jjakkung.”

Though Kenta and Kim Sang Gyun teased fans a bit during the broadcast, saying they would just reveal the winner of the vote another day because they were too nervous, they eventually relented and revealed the final fan club name as Jjakkung, meaning “partner” or “mate,” which is a cute match for JBJ95’s nickname, Jebkkung.

Congratulations to JBJ95 and Jjakkung! 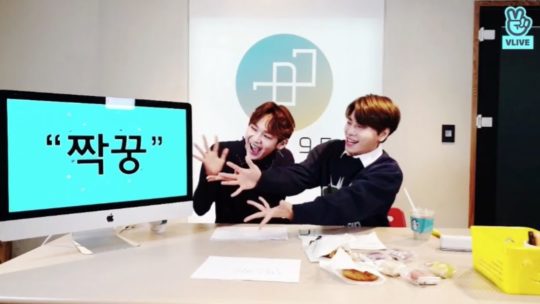