Special MC Cha Tae Hyun asked Kwon Hyun Bin, “Is it true you were famous for [crying once every day] during ‘Produce 101 Season 2?’” The JBJ member responded, “I cried because the songs were so sad, I cried because I was sad while eating.”

Kwon Hyun Bin also added, “I realized that if you stare at the camera for a long time, you appear during the broadcast a lot. I once stared [at the camera] for five minutes without blinking, and my lenses fell out,” sharing a funny behind-the-scene story from “Produce 101 Season 2.” 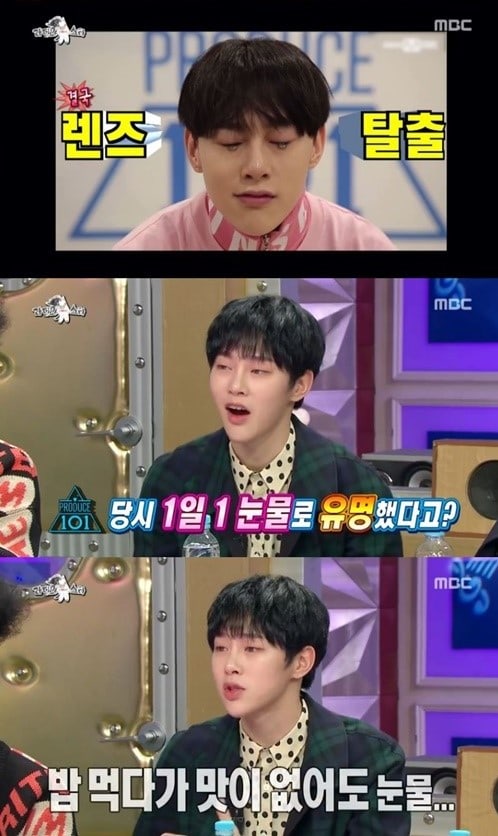 On the same episode, fellow guest Hong Suk Chun shared that he predicted Kwon Hyun Bin’s future during the broadcast of “Produce 101 Season 2.” He revealed, “It felt like Kwon Hyun Bin wasn’t fully ready yet. It seemed like things would turn out better [for Kwon Hyun Bin] if he was eliminated after 30th place.”

Kwon Hyun Bin came in at 22nd place on “Produce 101 Season 2,” and has received a lot of love since then as a member of JBJ.

Check out the latest episode of “Radio Star” below!