Jenyer (Jeon Jiyoon) Gets Honest About Experiencing A Slump, Her Solo Career, And More

Jenyer (Jeon Jiyoon) recently sat down for an in-depth interview with Seoul Economic Daily and opened up about the success of her solo career and her hopes for the future.

It has already been two years since former 4Minute member Jenyer began her solo career. After 4Minute disbanded in 2016, Jenyer has since been trying to slowly write her own story. Although some are doubtful about the path she has chosen, she is still strongly pursuing the kind of music that she wants to do.

Even though her solo career is not bringing as good results as her career with 4Minute did, she is still satisfied with the fact that she can freely make the kind of music that she wants. Jenyer says she is confident that once people start to see her music’s strengths, then they will begin to respond positively to it.

The singer also talked about how she overcame a slump, saying, “I went through a slump starting from the end of last year till early this year. I was worried about whether I chose the right path for myself. Thankfully, I’m the type of person who can’t stand being depressed so I put in a lot of effort to try to improve my mood and that naturally lead me to overcome my slump. I also tried to meet a lot of people and to listen to people’s advice as much as possible.” 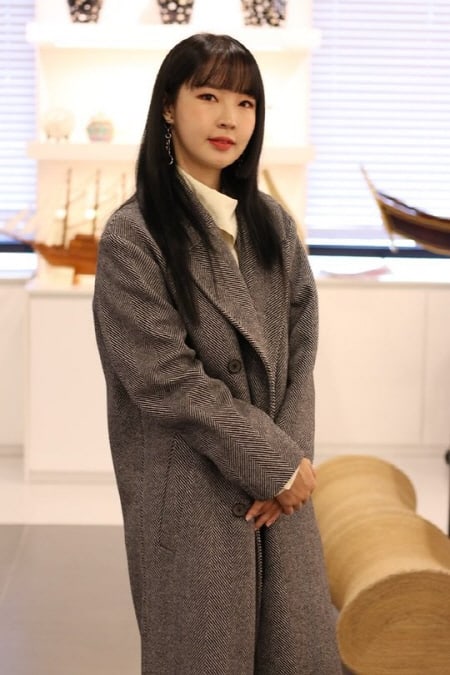 Jenyer also opened up about how she chose a different path from others who also began their careers through girl groups.

She commented, “I think that anyone who promotes in a group starts at some point to think about what they are going to do after their group disbands. When I started thinking about that myself, I thought back to my reason for becoming a singer. For me, the reason was music. Although so far, the results of my solo career have not been great, I believe that once I start getting better results, then another person who would choose this path might pop up. It is a bit lonely since I am promoting on my own but there is great satisfaction in making your own music. Maybe this is why ever since I started promoting on my own, people have been telling me that I look better.”

Jenyer then mentioned what her proudest moment in her 10-year career is. She commented, “I still haven’t been able to achieve the results I want, but I still think it’s great that I am trying to find my own color. I released many different kinds of music and I have been collecting data on the different reactions people have had to my music. Back in May, I was the musical director of an exhibition. The people in charge of the exhibition said that they liked the music I wrote, which is why they requested me. I am thankful to them for saying that. I like being given opportunities to improve myself while doing music.”

She went on to talk about the people she gets advice from and her hopes for the future. The idol added, “I consult a lot of other songwriters. I also meet up with Heize and Kisum often and ask them for their opinions on a song I made. Whenever they say that the song is not that good, then the results are definitely bad.”

The singer continued on to say, “I want to be No. 1 on the music charts. I’m not making music because I’m obsessed with chart rankings, but I do sincerely hope for good rankings on the charts. My music chart rankings need to be good so that I can have the money to produce another album. I would like to hear that I am a trustworthy artist, that just hearing my name makes people want to listen to all of my other songs.”

Jenyer then commented on her plans for the future and revealed that she is planning on releasing an album early next year with songs different to anything she has ever done before, including EDM.