On September 15, the popular reality show “Real Men” unveiled new photos from its upcoming special season. Matthew Douma is one of the stars who will be appearing on the show, along with BLACKPINK’s Lisa, PENTAGON’s Hongseok, actress Lee Yoo Bi, and more.

The newly released stills show the cast members undergoing various tests and evaluations in order to become part of the elite “300 warriors” of the army. According to those present during filming, Matthew Douma never stopped taking care of the other cast members, thoughtfully preparing water and wet towels for each person who returned from a physical fitness test. The star, who earned the nickname “the official dad of ‘Real Men 300’ from the very first shoot, reportedly kept everyone smiling throughout their exhausting training.

However, Matthew Douma turned out to be more than just a helpful father figure—he also impressed the rest of the cast with his remarkable physical fitness and stamina, as well as his strong mentality. 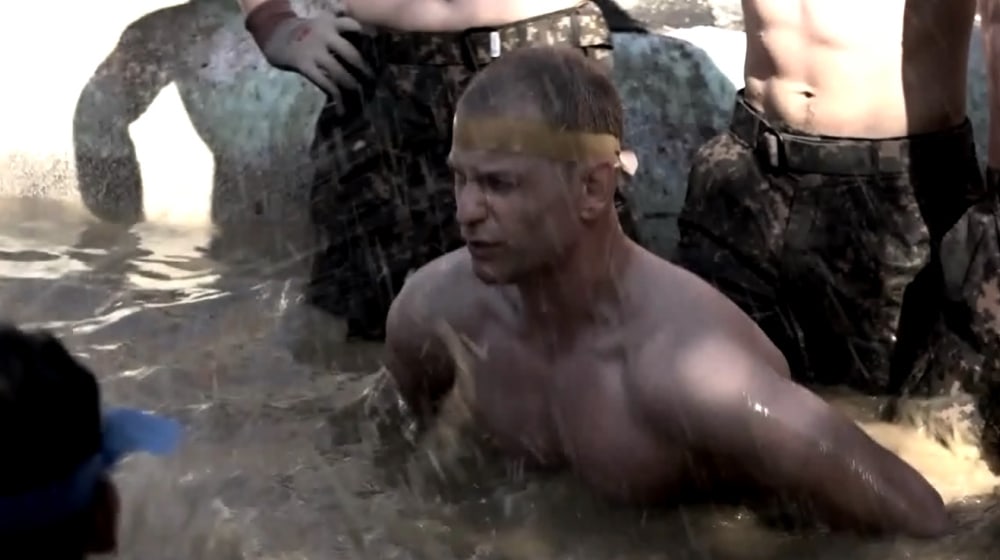 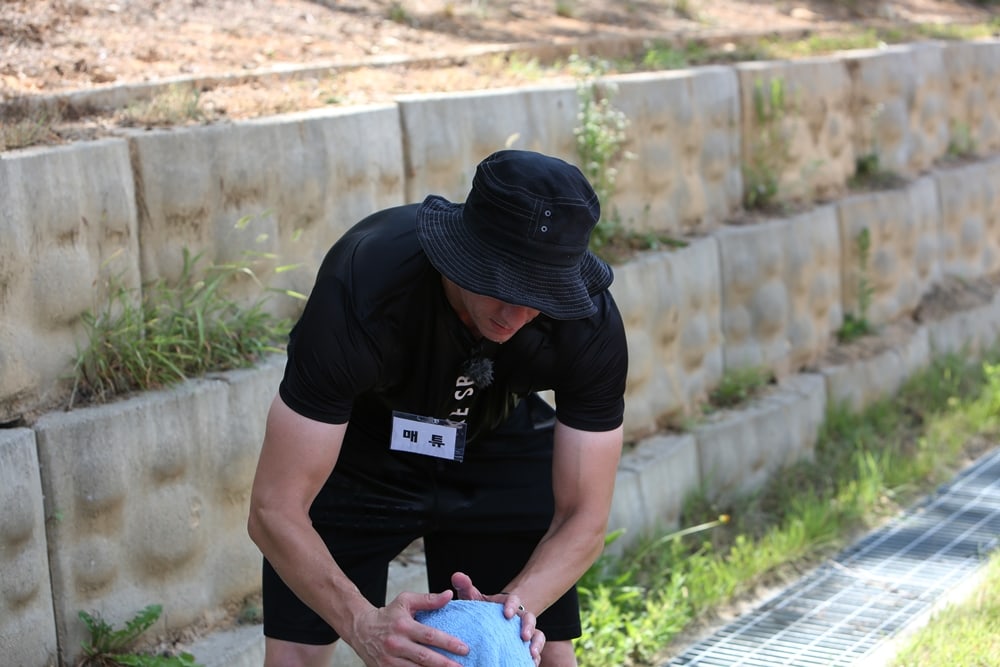 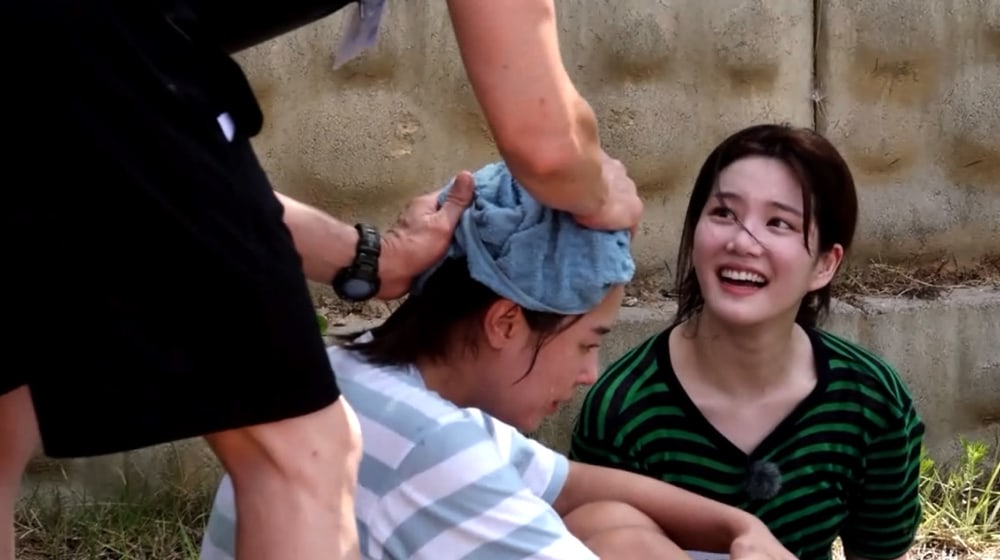 “Real Men 300” also revealed stills of actress Kim Jae Hwa showing off her unshakable grit during her fitness tests and training, describing her as someone who “stepped forward to become a model for others, shouting her heart out in order to supply everyone else with energy.”

The show’s producers added, “Matthew Douma also charmed everyone with his manners and attitude. Please look forward to seeing both of them on the show.” 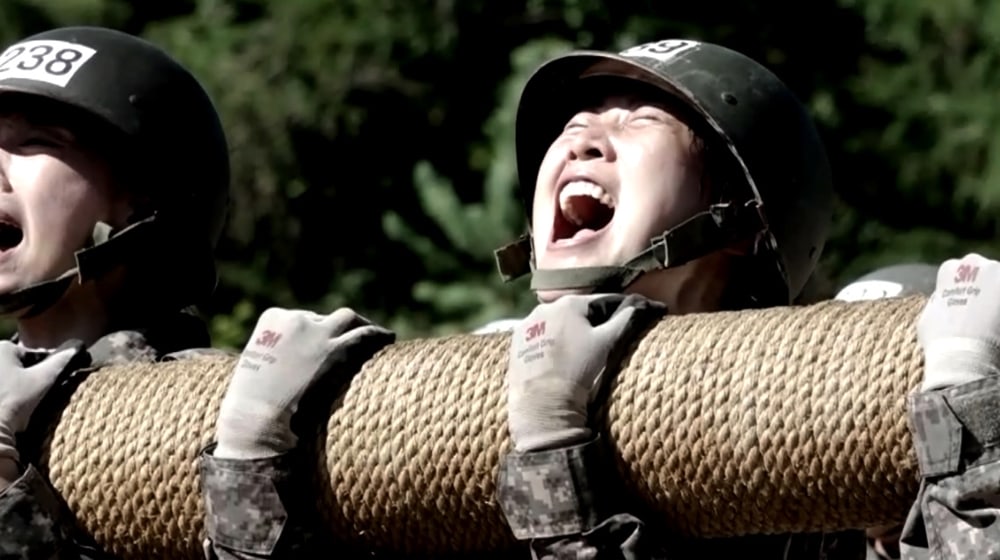 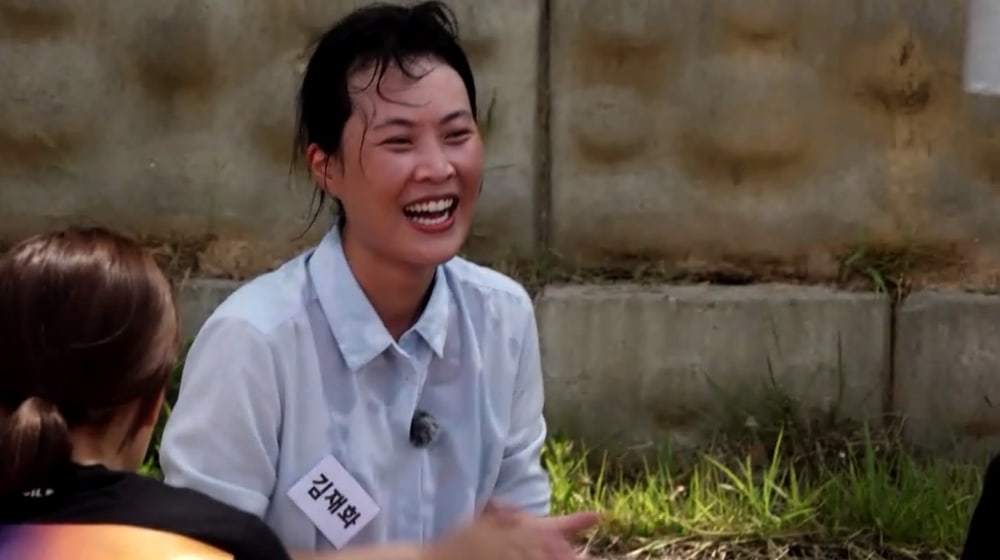 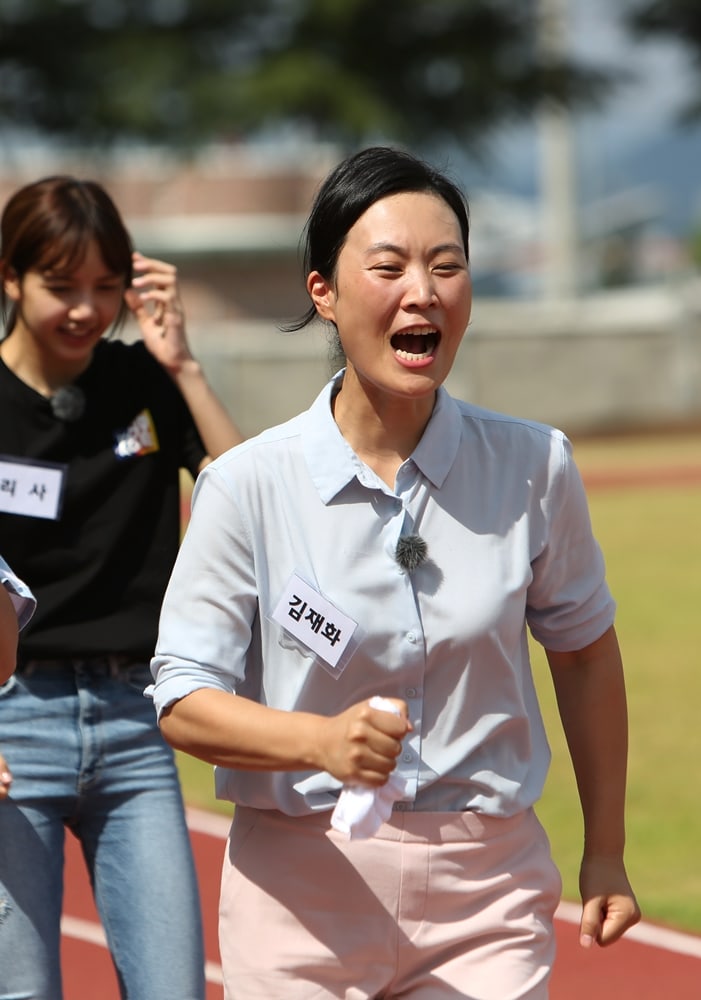