Red Velvet‘s Joy was the latest guest on soloist Jessi‘s show Showterview with Jessi. The two got on very well, but quickly noticed some distinct differences in the way the companies worked.

While Joy is signed under SM Entertainment, Jessi is under Psy‘s label P NATION. The first thing that Jessi noticed was that Joy was surrounded by a lot of staff constantly monitoring what she was doing. 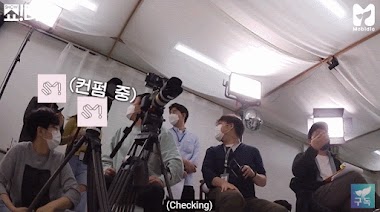 Jessi then went on to joke how the staff seemed to be continuously writing things down, whether it was “Joy said this” or “Joy is about to burst into tears.“ 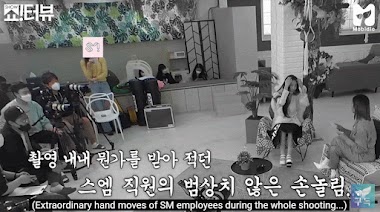 In particular, SM Entertainment is known for its strict policies in keeping their artist’s image looking perfect. In contrast, fans believe that P NATION gives their artists more freedom than other companies.

Jessi pointed out that the staff probably wrote down that Jessi mentioned quitting smoking, and co-host Jo Jung Shik made the joke saying, “Jessi just mentioned smoking, would it be okay?“ 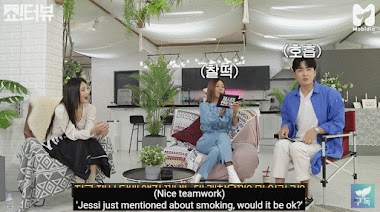 Jessi then pointed out how different it was for her, saying, “They never listen to me. They’re playing with my dog.“ 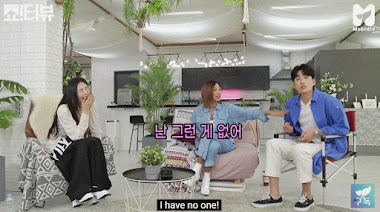 After the show was released, fans took to social media and YouTube to talk about Jessi’s comments.