Jessica Talks About Her Career And Future, Shares Plans For Solo Album

Jessica discussed her busy 2018 and plans for the future.

In a recent interview with media outlet Star News, Jessica reflected on the past year and said, “I really lived in an airplane. I think I had the same schedule as a flight attendant. It was a busy but happy year.”

Jessica enjoyed three weeks of vacation in December 2018. She went skiing in Colorado and spent time at a beach in Mexico. She commented, “I was less busy during the holidays, so I went on vacation. Of course, I released a digital single during the Christmas season. It was a project that was linked to the brand I was advertising.”

She also shared her thoughts about not being able to promote much as a singer last year. She said, “I didn’t release a solo album, but I met my fans on a tour. I’m going to be more careful about my new album. I’m planning to work with time and concentration.”

Then she explained, “Last year, I think I did many things related to fashion. A majority of my schedule overseas had to do with fashion. I really went all around the world. I went to America, came back to Korea, went to Europe soon after, and then traveled to Hong Kong. I think there will be more opportunities [related to fashion] in the future.”

When asked what she thought of her label as a multi-entertainer, Jessica said, “I really like it. I’m lucky to be able to do all sorts of activities. Of course, I started working as a singer, and I don’t forget my ties to it. Because my fans like it when I sing, I’m trying to meet them through concerts and high-quality albums. (In the case of singing activities) I think I’m more careful than before. My fans also show support for my fashion activities.”

Jessica was asked why she left behind her fame as an idol to venture by herself, and she honestly replied, “Actually, I didn’t want to be a soloist. I just wanted to go my own way according to the circumstances I was given. No matter what situation I’m in, I’m adapting and finding my way without being afraid. I’ve had a lot of help from people around me, and I’ve had a lot of support from my fans. I don’t usually get scared when I’m in a new situation. Of course, it’s scary at first. But I took it easy and thought, You can’t stop here.’ So I moved on.”

She also talked about entering her thirties. She said, “It’s the same. But I think I’m more relaxed than when I was in my twenties. I usually live my life according to the flow, and I think I’m growing up for my age. I’m looking forward to my thirties. When I was in my twenties, I worked hard without thinking about my body. I think I was very busy. Even in my 30s, I am busy, but now I can do what I like and choose only good things. So, if I’m busy, I don’t think I’ll have much more to ask. I’m so happy to be in my thirties, and I think I spent my twenties without regret.” 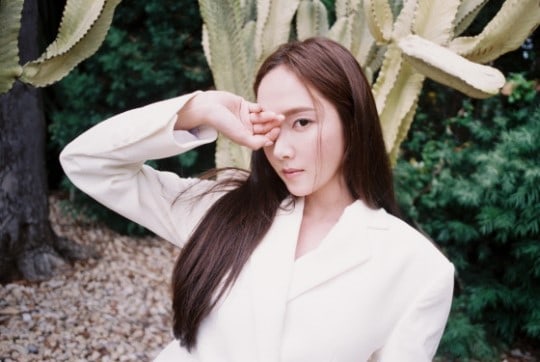 Jessica was asked about her plans for 2019, and she shared, “I think I’ll be preparing for my solo album soon. Of course, I’m going to continue my fashion career. I’ve signed a contract with UTA  [United Talent Agency] in America, and I think I can do some activities related to it. Recently, there has been a lot of focus on Asians in America, and I would like to join if there is a good chance, whether it’s acting or working in Hollywood.”

She also mentioned her upcoming album, saying, “I’m not sure if I’ll continue to release singles in sequence or in the form of a mini-album or full-length album. The concept of the album has not been decided yet. In the past, I produced my first and second albums and worked on visual direction. Because it’s my album, I wanted to have my own style. I added my voice, my lyrics and melody. It’s mine. Since then, I’ve shown my style a lot, so I’ve been thinking about what kind of style I would have if I cooperate with different composers. So, I’ve been receiving songs from various composers until recently.”

Jessica added that she would like to try jazz, especially bossa nova, but isn’t certain her voice would suit the genre. Then she said, “I am still planning to prepare slowly until January, and I think I will be busy again from February. The same goes for overseas activities.”