Ji Chang Wook, Kang Ha Neul, and INFINITE’s Sunggyu, currently serving in the military, are headlining a musical celebrating the 70th anniversary of the founding of the Korean armed forces in 1948.

The musical, titled “Shinheung Military Academy,” is currently running at the National Museum of Korea and tells the story of patriots who fought to help Korea gain independence from Japan.

Ji Chang Wook plays Dong Kyu, the son of an anti-Japanese Confucian scholar and a top student at Shinheung Military Academy. The actor said, “I think this might be the hardest character I’ve ever taken on. It was very difficult to act as this character, and I deliberated a lot on how I would ground myself in the character’s emotions.”

He added, “I’m reflecting a lot while performing this musical. There are even times when I’ll suddenly tear up. I talked to the writer about the things that I was concerned about, and they changed things for me. The director also helped me in this way, too.” 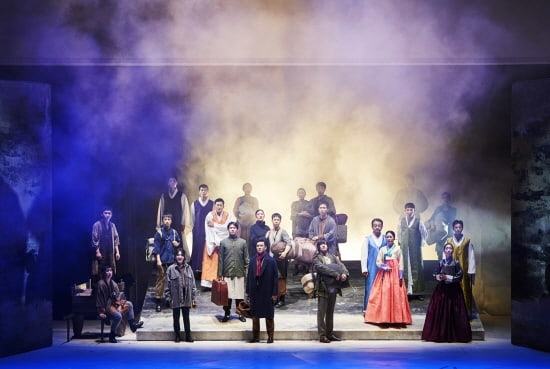 Kang Ha Neul plays Pal Do, an orphan who grows up to become a skilled freedom fighter at the military academy. Kang Ha Neul said, “Seeing the script for ’Shinheung Military Academy,’ it wasn’t all heavy subject matter, but it was witty and fun too. [Looking at the different characters], I think Pal Do is the character that brings humor when it’s needed. I worked hard to make the character fun, and I hope viewers will think the character’s fun too.” 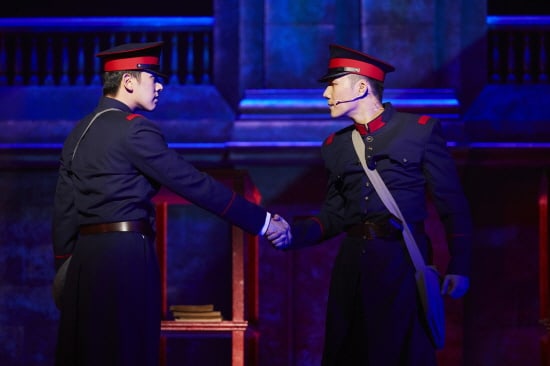 Sunggyu plays General Ji Cheong Cheon, who graduated from the Imperial Japanese Military Academy but goes on to lead Korea’s fight for freedom from Japan.

Sunggyu said, “It moves me every time. Because I’m playing a character that existed in real life, I did research and read books about him. He was determined to gain independence for Korea, and led the resistance charge after graduating from the Japanese military academy. I’ve thought hard about how to go about portraying his feelings.”

“Shinheung Military Academy” runs until September 23, after which it will go on a national tour. 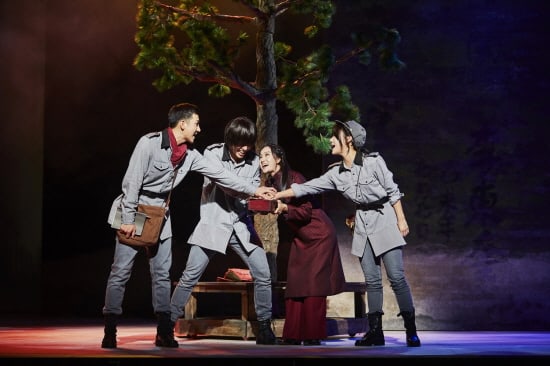