“Ping Pong Ball” will tell the story of a college student and a homeless man who forge an unexpected bond while talking about unrequited love and their inner emotions. Ji Soo will star as Kim Joon Young, an eccentric philosophy major who looks at the world with a cold, detached eye. Yoo Jae Myung will play the mysterious Kim Deuk Hwan, a homeless man who claims to have once worked in finance and who appears to have luxurious tastes in spite of his difficult circumstances.

The newly released poster shows the two unlikely friends hanging out together by the small stream where Kim Deuk Hwan has made his home. The usually cynical Kim Joon Young wears a fond smile that betrays his affection as he gazes at the thoughtful Kim Deuk Hwan, who has carefully decorated his living space with fairy lights and even a flower.

The producers of “Ping Pong Ball” commented, “Like a short poem, [‘Ping Pong Ball’] is a drama that will resonate deeply within viewers’ hearts during the chilly autumn. We ask that you show a great deal of interest and anticipation for ‘Ping Pong Ball,’ which will depict the special emotions and understanding between two men with simple and sincere storytelling.” 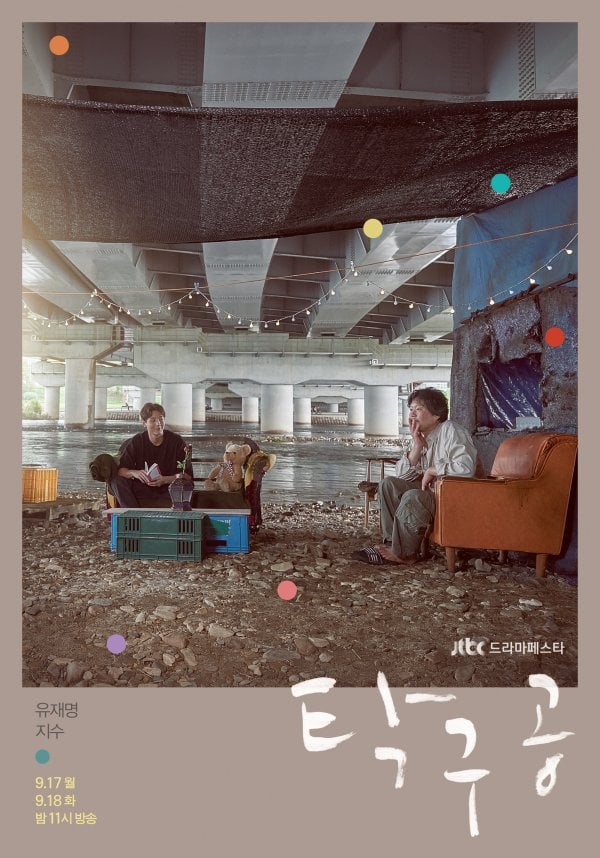 After praising Ji Soo’s acting last week, the producers of the drama shared that they were also deeply impressed by Yoo Jae Myung’s transformation into his character.

“From the very first shoot, the entire staff was unable to contain their amazement at how completely actor Yoo Jae Myung immersed himself in his role,” they said. “We believe that his lifelike acting will add depth and fullness to the drama, and we are looking forward to seeing it.” 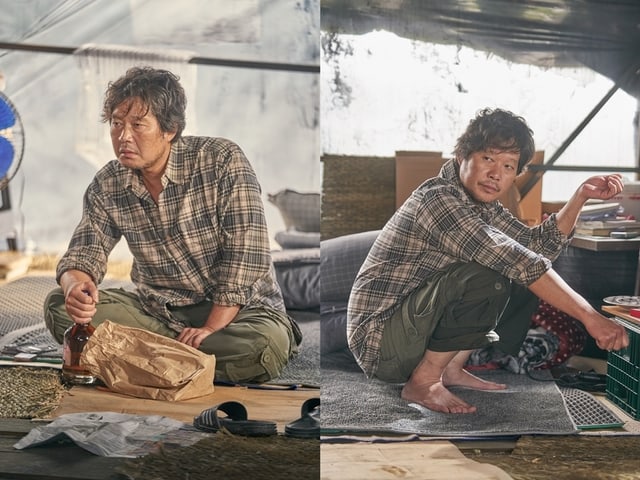 “Ping Pong Ball” will premiere on September 17 at 11 p.m. KST. In the meantime, check out the teaser for the drama here!