So Ji Sub, Jung In Sun, And Son Ho Jun Raise Intrigue And Curiosity For “Terius Behind Me”

MBC’s upcoming Wednesday-Thursday drama “Terius Behind Me” has shared new stills of So Ji Sub, Jung In Sun, and Son Ho Jun falling in to their respective characters!

“Terius Behind Me” will tell the story of a legendary black ops agent who disappears and the woman who lives in the house in front of his who finds herself caught up in an espionage battle. So Ji Sub will be playing Kim Bon, a secret agent who has no choice but to hide his identity after a plan gone wrong while Jung In Sun will be Go Ae Rin, a woman who had given up her dreams and economic opportunities to focus on being a mother.

Their characters show as new stills follow So Ji Sub into a secret room where he keeps a board full of various pieces of information and a chart connecting a number of people to each other. He has a stern look on his face as if he’s trying to piece together all of the scraps in his head to create a cohesive story, and his charismatic aura reflects his former status as the best agent in the National Intelligence Service. 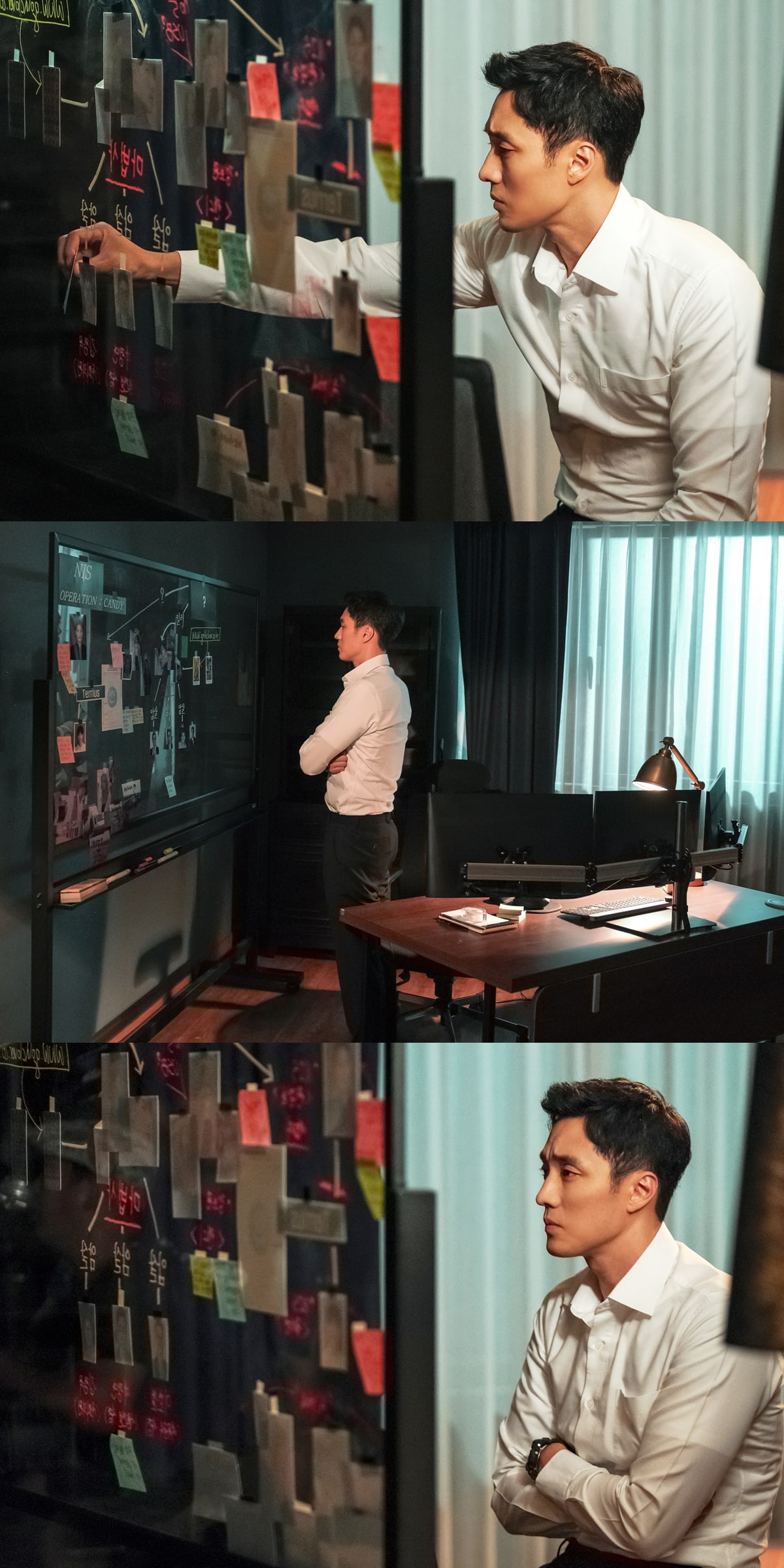 Jung In Sun’s stills show her as a hardworking mom who has to balance life as both the breadwinner of her family and a mother to twins. She hopes to exude the confidence of an experienced single mother through her character and she stated, “I want to perfect the character of Ae Rin by reflecting as much of my own voice into her as possible.” 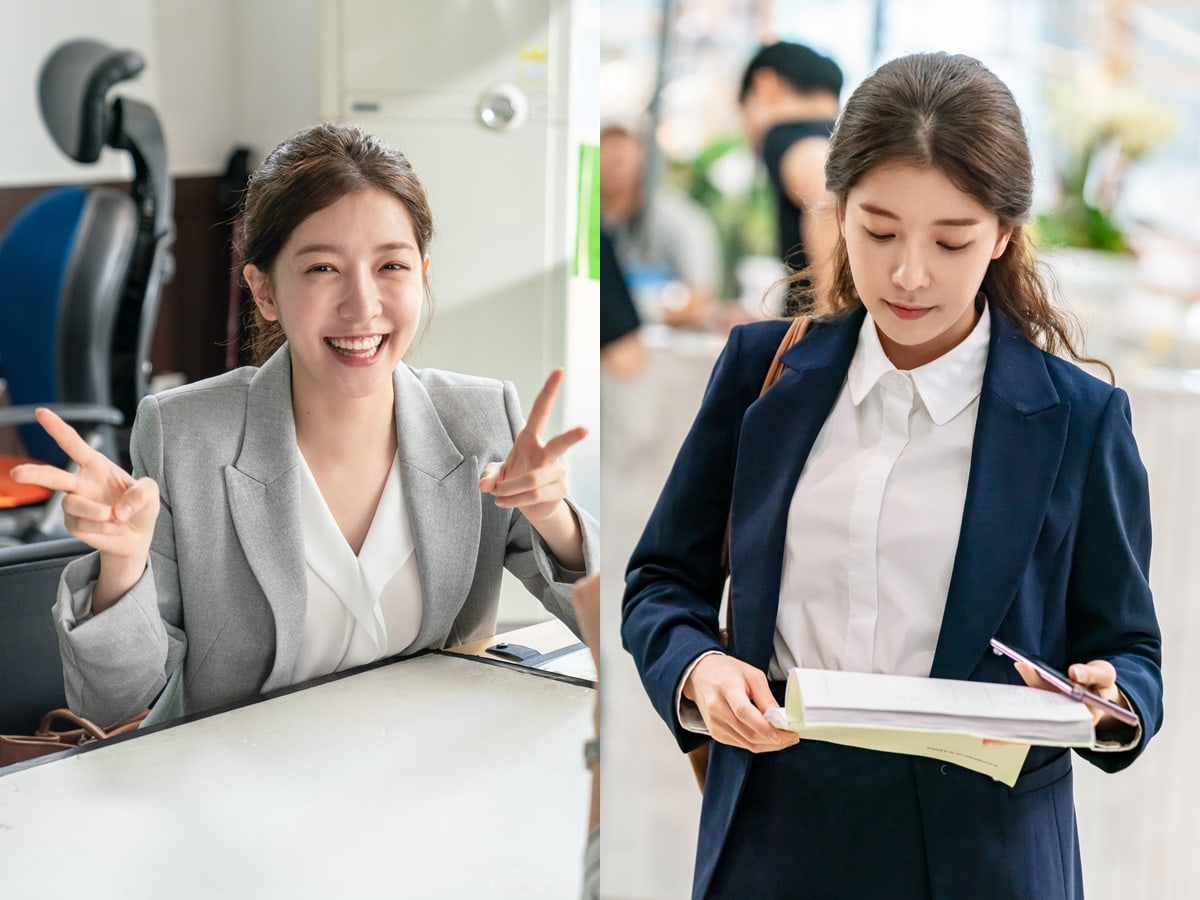 Meanwhile, trouble is headed their way in the form of Son Ho Jun’s Jin Yong Tae, who has an alluring charm which makes you wonder if he’s a bad boy or not. He is the head of J International, a company that imports luxury brands, but he also takes on secret cases that no one else knows about. His stills show this mysterious side of him as he sits with an unknown person on a park bench, a tense atmosphere running through them.

The story that will connect these three together is set to unfold in late-September when “Terius Behind Me” premieres as the follow-up to “Time.”