On December 12, JTBC drama “Untouchable” released a behind-the-scenes making video showing the friendly atmosphere on set, as well as the chemistry between Jin Goo and Park Ji Hwan.

The video begins with Jin Goo and Park Ji Hwan drinking coffee together on set, waiting on standby. When the staff members announces that they are moving to film, the two hurriedly set their cups and head over. 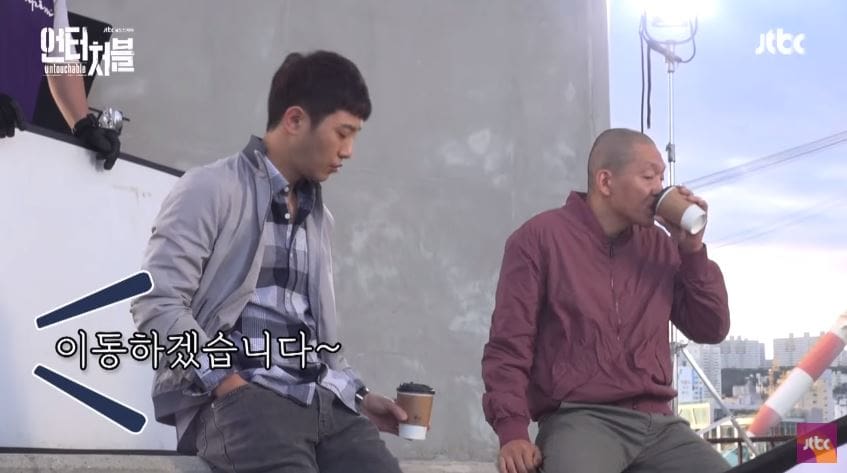 Next, the staff members and a few actors are waiting around a car to be used in the next scene. Park Ji Hwan teases a staff member who leans against the car, saying, “Look there’s a dent [because of you].” 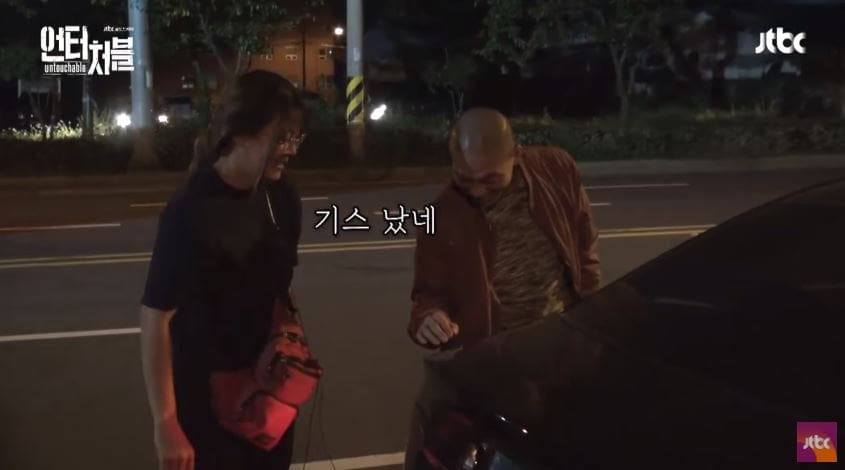 They then film the next scene, which involves Jin Goo in a skirmish with Cho Jae Ryong and Lee Jae Won, with Park Ji Hwan swooping in with a car to drive Jin Goo away. 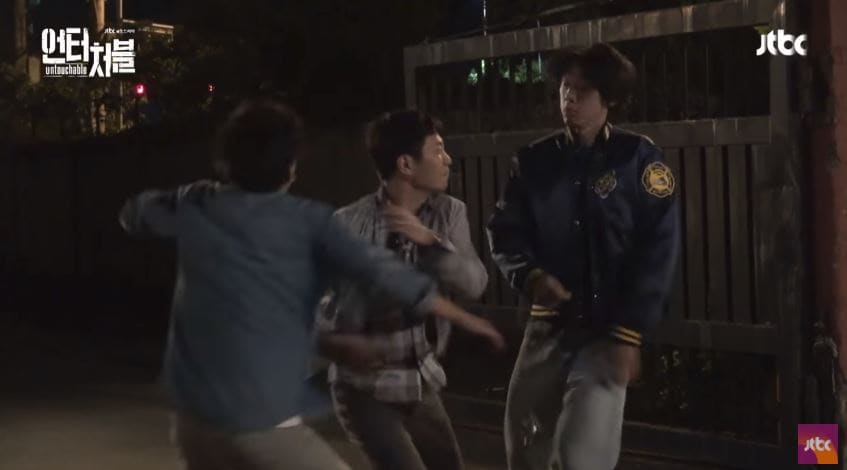 The next scene is between Jin Goo and Park Ji Hwan in the getaway car. The two joke around with each other, showing their close friendship. 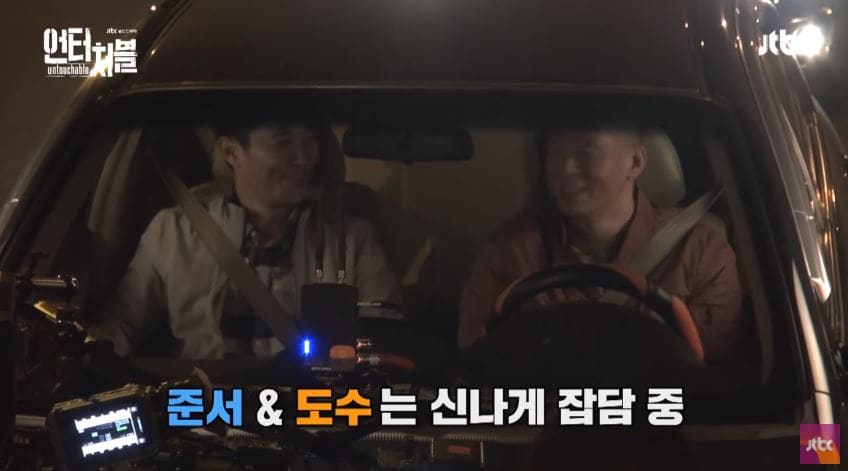 The final scene is with many of the cast members belting their hearts out in a karaoke room. While everyone seems to be having a good time, Jin Goo stays in character and somberly sips on his drink. 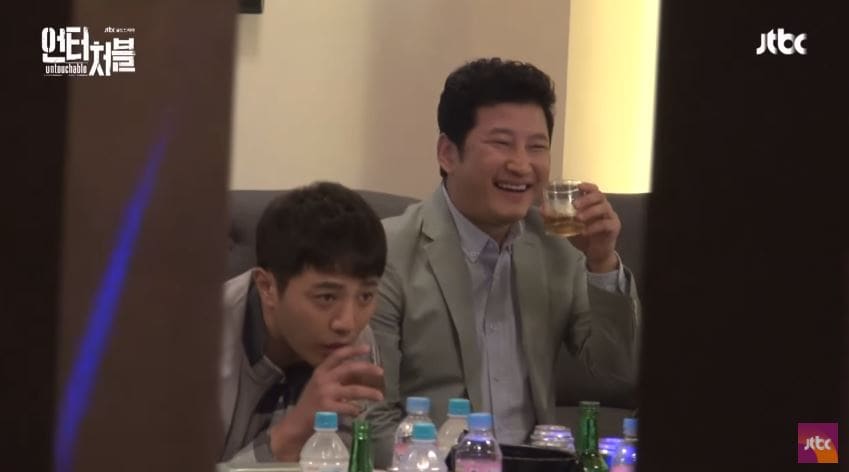 In between takes, one of the cast members slyly turns on a song and hands a mic to Jin Goo, as they all cheer for him to sing. He appears embarrassed and shyly cancels the song. 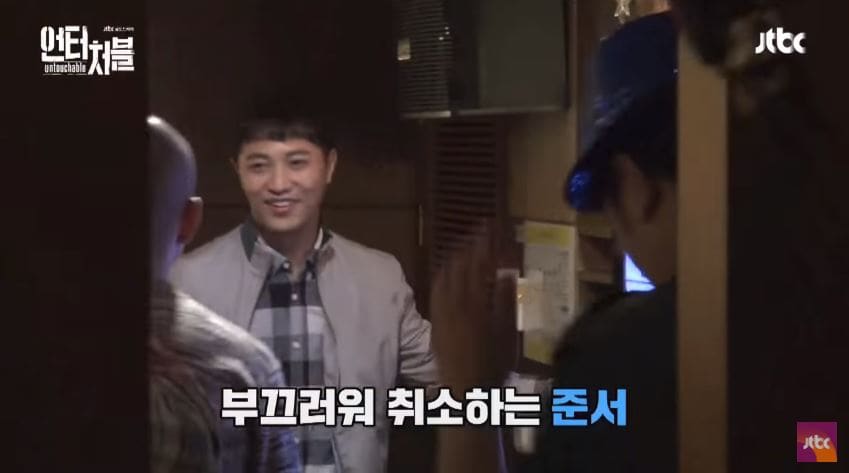 The cast’s energy continues as they film more of the actors singing and dancing wildly to some of their favorite oldies. 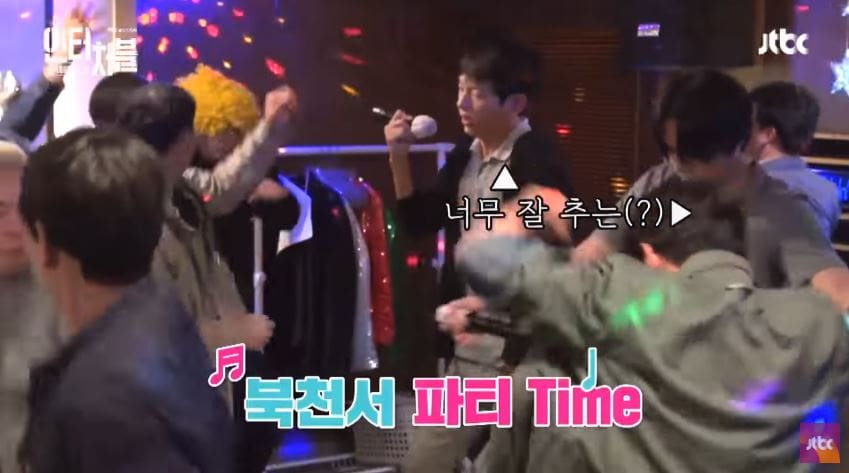 The final shoot for the day ends with a cheerful duet between Park Ji Hwan and Jin Goo, where they sing their hearts out into the mics, and end with the staff cheering. 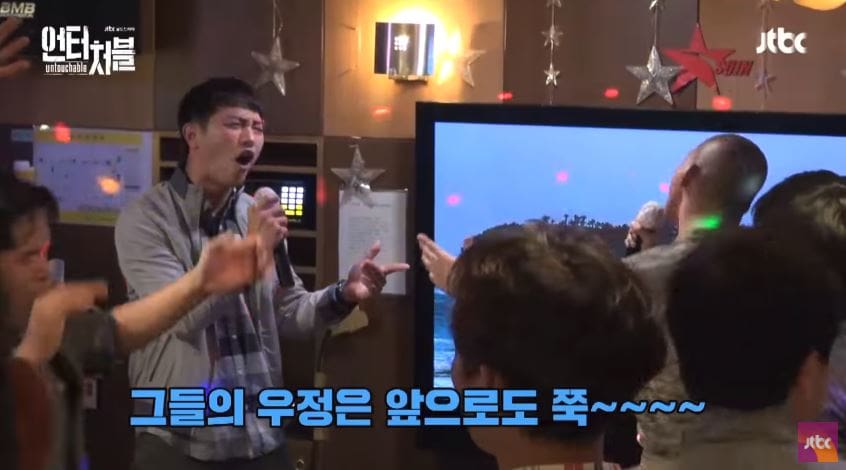 If you haven’t already, watch the first episode of “Untouchable” below!