Jin Goo and Jung Eun Ji were thrown into a dangerous situation in the latest episode of “Untouchable.”

When a glass window shatters and rains shards down on Jung Eun Ji, Jin Goo holds on to her and puts himself between her and the spray, protecting her from getting hurt. Later Jung Eun Ji touches up his wounds with a worried expression. 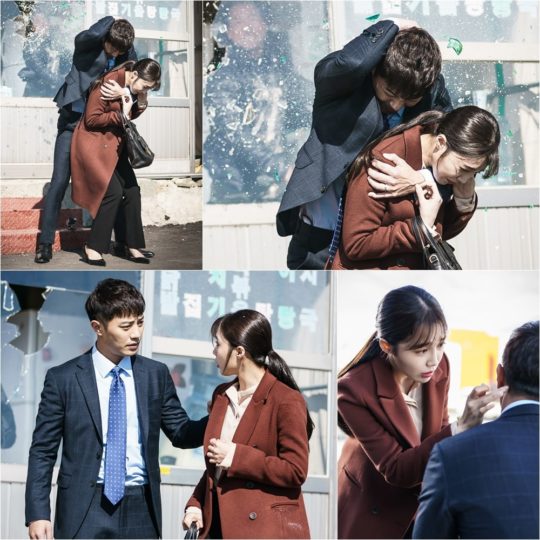 The scene was filmed in November in Busan, with neither actor opting to use stunt doubles for the scene. Although the glass was specially made for the production (not real glass), Jin Goo was just as careful of Jung Eun Ji’s safety offscreen as he was onscreen.

“Untouchable” tells the story of a man (Jin Goo) who loses his wife and seeks to bring his corrupt family to justice, while his older brother (Kim Sung Kyun) tries to stop him. Jung Eun Ji plays a rookie prosecutor on Jin Goo’s side.

You can watch the first episode below!