The drama, which premieres on May 16, tells of the love story between the son of a psychopathic killer and the daughter of one of his victims. Jin Ki Joo plays the role of Han Jae Yi, the victim’s daughter, who is pursuing a career as an actress and playing the role of a servant girl in a drama.

In the stills released on May 10, Jin Ki Joo’s character is in costume in a plain hanbok, though apparently not on set as she tries to wheedle her way past a man in uniform and hangs out at a modern café.Also acting cute beside her is her manager Pyo Taek (played by Park Soo Young). 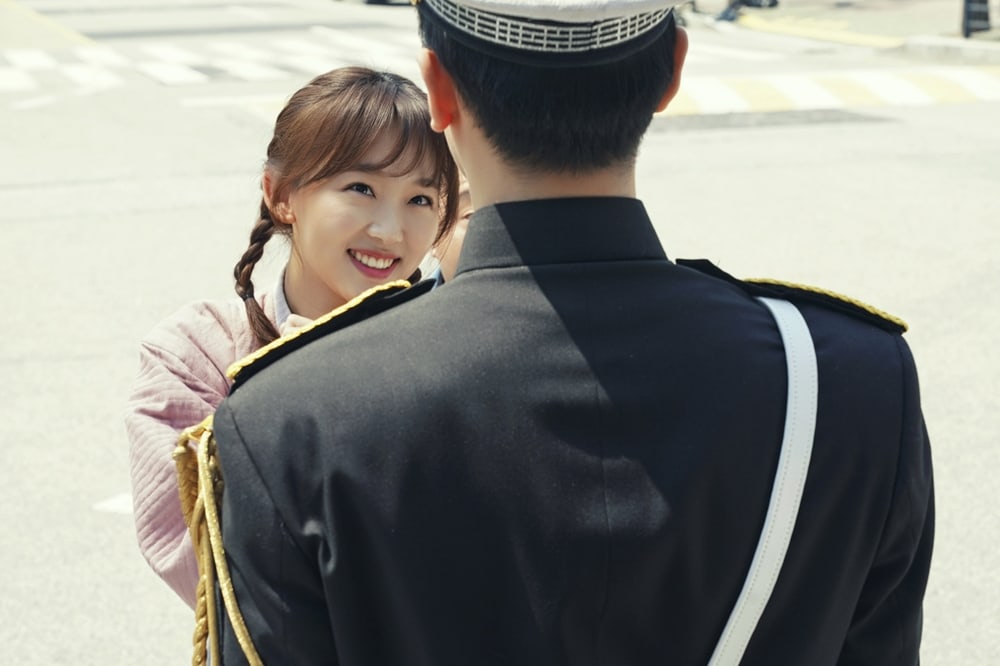 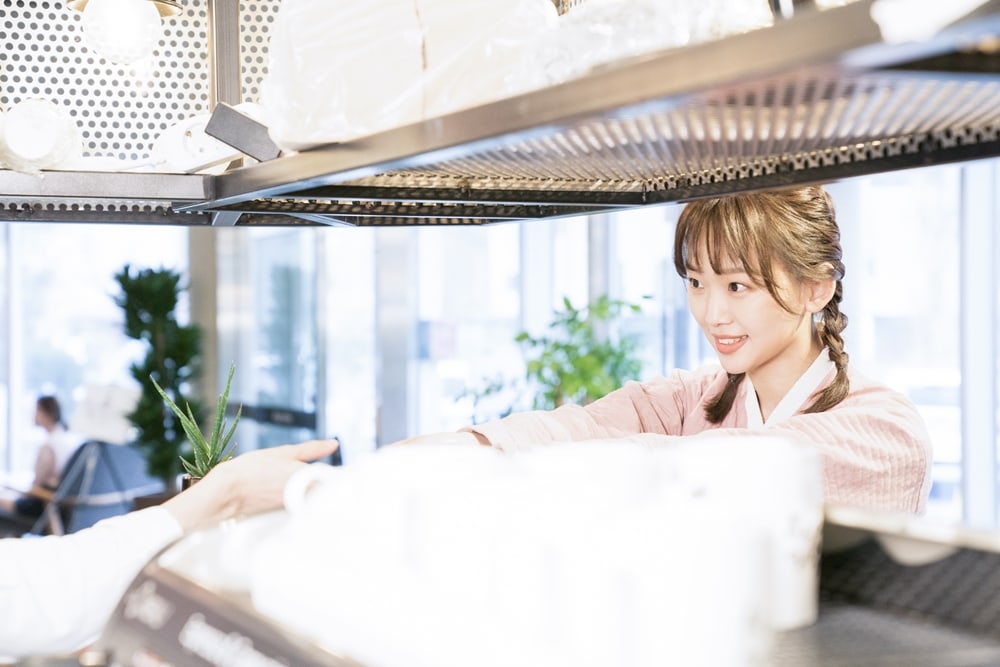 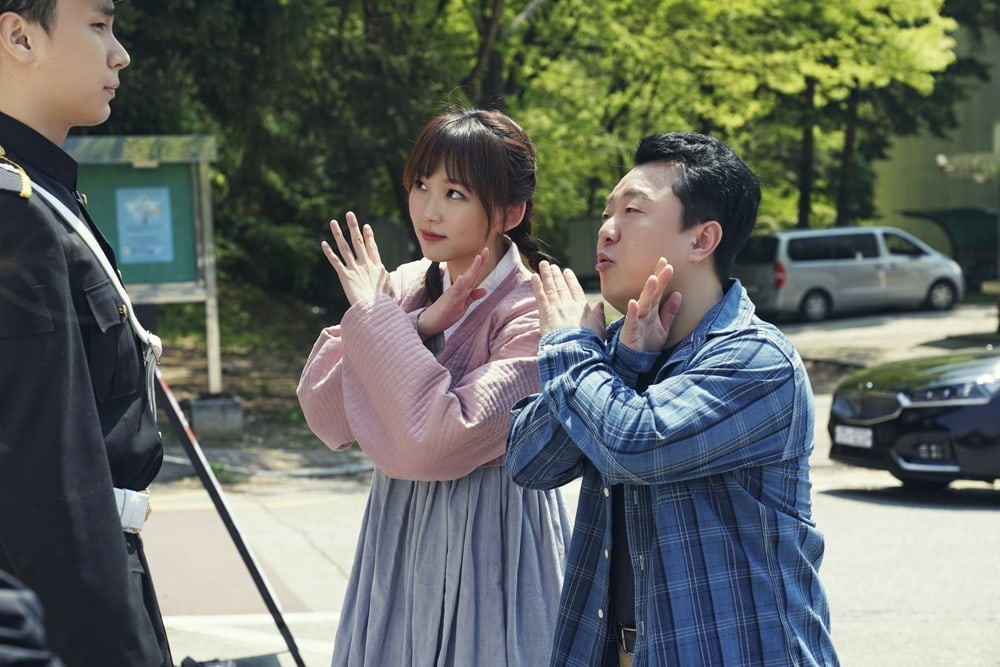 According to the “Come and Hug Me” production staff, Jin Ki Joo is also full of aegyo and energy on set, much like her character Jae Yi. “Even in the midst of her busy schedule, she is cheerful and enjoys filming. Thanks to her, the set is always full of laughter.”

“Come and Hug Me” will be coming to Viki. Check out the trailer below!