On February 11, the actors of MBC’s “The Item” appeared as guests on the radio show.

DJ Kim Shin Young began, “Monday-Tuesday dramas have to be strong so that [the energy] can continue onto Wednesday-Thursday dramas,” and Joo Ji Hoon said, “I heard that there are about three programs premiering today including those on other networks. I think that MBC will have their own strategy.”

The DJ then asked, “In ‘The Item’ preview, Joo Ji Hoon stopped a train with supernatural powers. What was it like to film that scene?” Joo Ji Hoon replied, “Playing a character with supernatural powers itself is pretending like something that doesn’t exist exists. I used so much strength while using my imagination that I blacked out and fell to the ground. After filming that scene, I couldn’t stand up straight.” He then made others laugh by adding, “Pretending to have supernatural powers is honestly a bit embarrassing, so I try not to look at my co-star’s eyes.”

About the possibility of becoming a radio DJ, Joo Ji Hoon answered, “I want to try it once I complete the scheduled events I have now.” Kim Shin Young remarked, “Jin Se Yeon matches well with 8 a.m. and Joo Ji Hoon with 10 a.m.”

Joo Ji Hoon and Jin Se Yeon also shared stories behind their debuts. The DJ mentioned that the actress got street-casted in front of her school thanks to her beautiful appearance and Jin Se Yeon answered, “It’s true, but I don’t know if it was because of my beauty.” Joo Ji Hoon joked, “You have to speak carefully. If you say that you’re not pretty, you might provoke anger from those around you,” and the actress shyly added, “I wasn’t famous at school.”

The actor then revealed, “When I was 19 years old [by Korean reckoning], my buddy sent a photo of mine to a clothing company, and I became a model. I started as a model and moved on to dramas and films.”

Actor Kim Nam Gil had previously humorously accused Joo Ji Hoon of being a chatterbox and said that he’s unable to get a word in during their conversations. Joo Ji Hoon then made everyone burst into laughter by saying, “Kim Nam Gil chatters amongst 10 male actors even when he’s not drunk.” 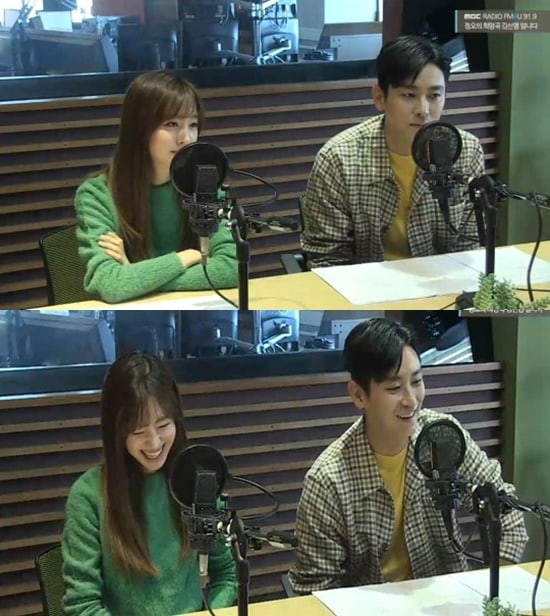 “The Item” premiered on February 11 and airs on Mondays and Tuesdays at 10 p.m. KST. Start watching “The Item” with English subtitles below!