“My Strange Hero” tells the story of Kang Bok Soo (Yoo Seung Ho), a man who returns to his old school to enact revenge after he was expelled as a student due to false accusations. However, he soon becomes entangled again with his first love from that time, Son Soo Jung (Jo Bo Ah).

In the drama, Son Soo Jung is currently a short-term instructor at Seol Song High School. Although she had been the pretty and kind class president and the No. 1 student in her entire high school, Son Soo Jung now experiences the hardships of life with her housing rent, living expenses, teacher certification examination, and grandmother’s hospital fees. After she meets the student returnee Kang Bok Soo again, her life becomes more difficult.

In the photos, Jo Bo Ah wears a student uniform and wears her hair in a straight and long fashion. She smiles in some photos, and looks prim and proper in others. 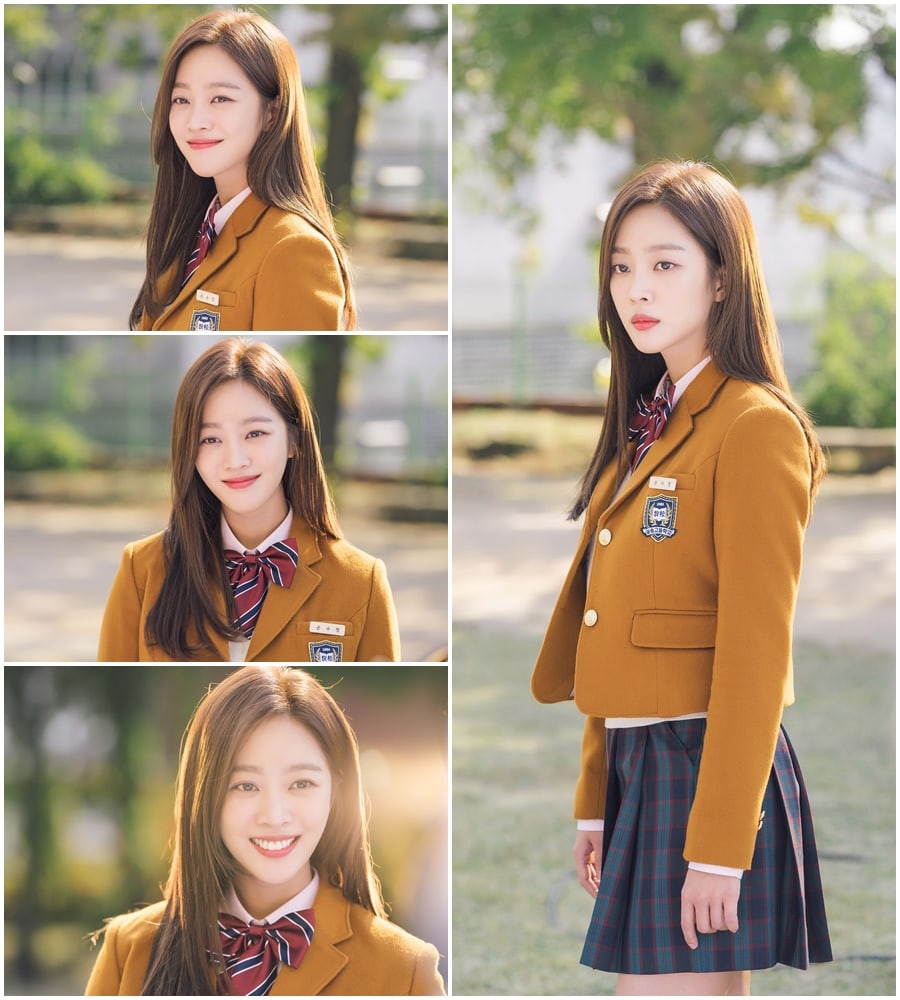 Jo Bo Ah filmed the scene where she showcases her “first love” charms on October 20 at a high school in Incheon. In order to perfect the scene, Jo Bo Ah, who usually sports a bob, wore her hair long and straight.

Jo Bo Ah remarked, “I’m doing my best on set to film each scene, which is so fun. I’m working hard to show various sides of myself for every scene. Please look forward to the emotional and lovely ‘My Strange Hero.’”

The production staff stated, “Jo Bo Ah always appears on set full of energy and never forgets to put on a smile. Due to this, the set becomes lively whenever Jo Bo Ah appears at the filming site. Please stay tuned for Jo Bo Ah who will capture viewers’ attention as she takes on the role of the cute, confident, and blunt Son Soo Jung.”

“My Strange Hero” premieres on December 10 and will be available on Viki. Check out a teaser for the drama here!