In the drama, Jo Jung Suk plays detective Cha Dong Tak while Lee Shi Un takes on the part of Yong Pal, a legendary criminal who is known for his skills with a knife.

The last episode showed Yong Pal hilariously falling for every trick of Cha Dong Tak who was possessed by the soul of Gong Soo Chang. Yong Pal agreed to cooperate with Cha Dong Tak’s investigation after he felt that he stood no chance. In the end, the two men established an ambiguous relationship in which they are neither enemies nor allies.

The released stills, however, show that the power dynamics of Cha Dong Tak and Yong Pal is taking a turn. Yong Pal who had been constantly fooled by Cha Dong Tak is now confronting him with intimidating men by his side. Although he is surrounded by these armed men who hardly seem friendly, Cha Dong Tak remains indifferent, standing in front of Yong Pal with his hands firmly on his hips.

Viewers are looking forward to the upcoming episode for answers to the question of how the situation came to be. 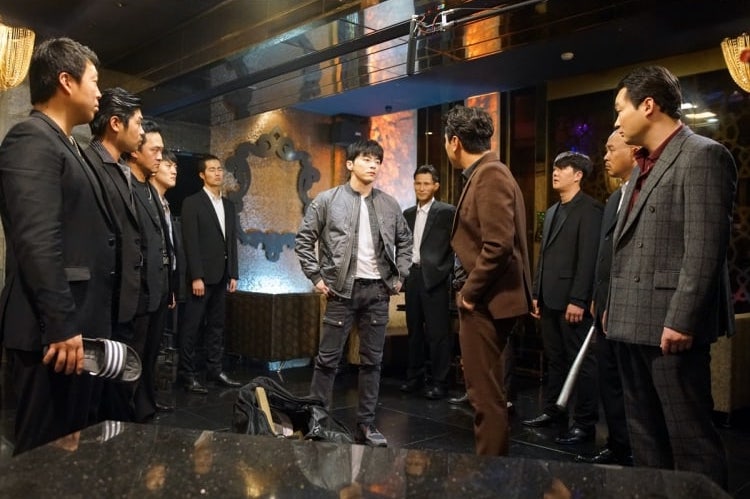 “Two Cops” airs every Monday and Tuesday at 10:00 p.m. KST. Watch the latest episode below!