The cast members of “Two Cops” beat the bitter cold weather while giving it their all on of “Two Cops!”

As a seasoned actor, Jo Jung Suk is focused on warming up regardless of temperature. The actor is can be seen reading his script or chatting with his co-stars to perfect his dual role as policeman Cha Dong Tak, who shares souls with conman Gong Soo Chang.

Another photo of Jo Jung Suk and Kim Sun Ho, who plays the actual role of Gong Soo Chang, sitting side by side is strangely comedic since their characters are archenemies in the show. 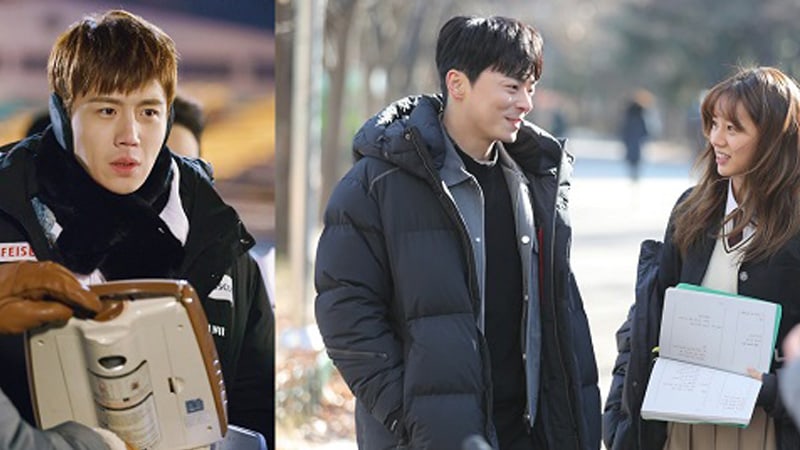 The production team shared that Kim Sun Ho is also giving his best effort into bringing his character to life with a genuine attitude, while Hyeri adds bright energy on set with her cheerful personality.

The drama airs on Mondays and Tuesdays at 10 p.m. KST. Watch the latest episode now!