In the previous episodes, violent crimes unit detective Cha Dong Tak (played by Jo Jung Suk) and con man Gong Su Chang (played by Kim Sun Ho) began the investigation with Song Ji An (played by Hyeri). Although Cha Dong Tak and Song Ji An quarrel endlessly whenever they meet, they look serious this time in the newly released stills.

In the stills below, the two secretly meet to examine a document together. Hyeri gazes inquisitively at Jo Jung Suk, who appears to be using his investigative skills at work as his intense gaze drills holes into the paper. 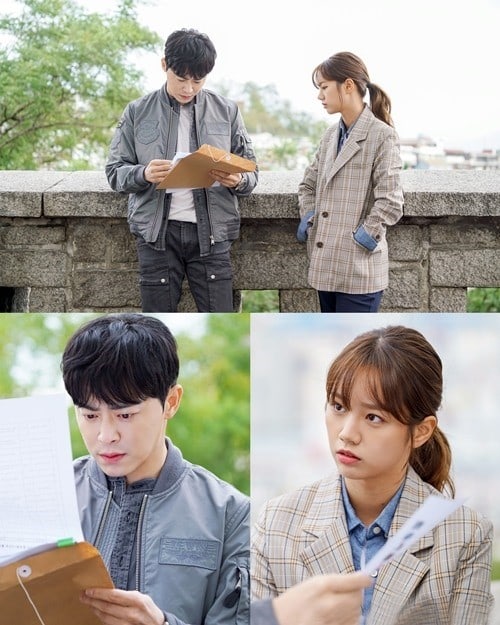 If you haven’t already, watch the latest episode of the drama below!