Actor Jo Jung Suk will be reuniting with Han Ji Min through a special cameo appearance on tvN’s “Familiar Wife“!

On September 18, “Familiar Wife” released new stills of Jo Jung Suk appearing in the drama as his character from tvN’s “Oh My Ghost.” Fans of the hit 2015 drama will be thrilled to see chef Kang Sun Woo (Jo Jung Suk’s character) make his return, dressed sharply in his trademark black chef’s uniform as he takes notice of someone across the room.

According to the production staff, Jo Jung Suk’s cameo resulted from his ongoing friendship with “Familiar Wife” writer Yang Hee Seung, who also wrote the screenplay for “Oh My Ghost.”

Jo Jung Suk’s appearance will also mark his reunion with actress Han Ji Min, with whom he starred together in the 2014 film “The Fatal Encounter.” The two actors are known to be good friends, with Han Ji Min previously making a cameo appearance in Jo Jung Suk’s 2016 drama “Don’t Dare to Dream (Jealousy Incarnate).” 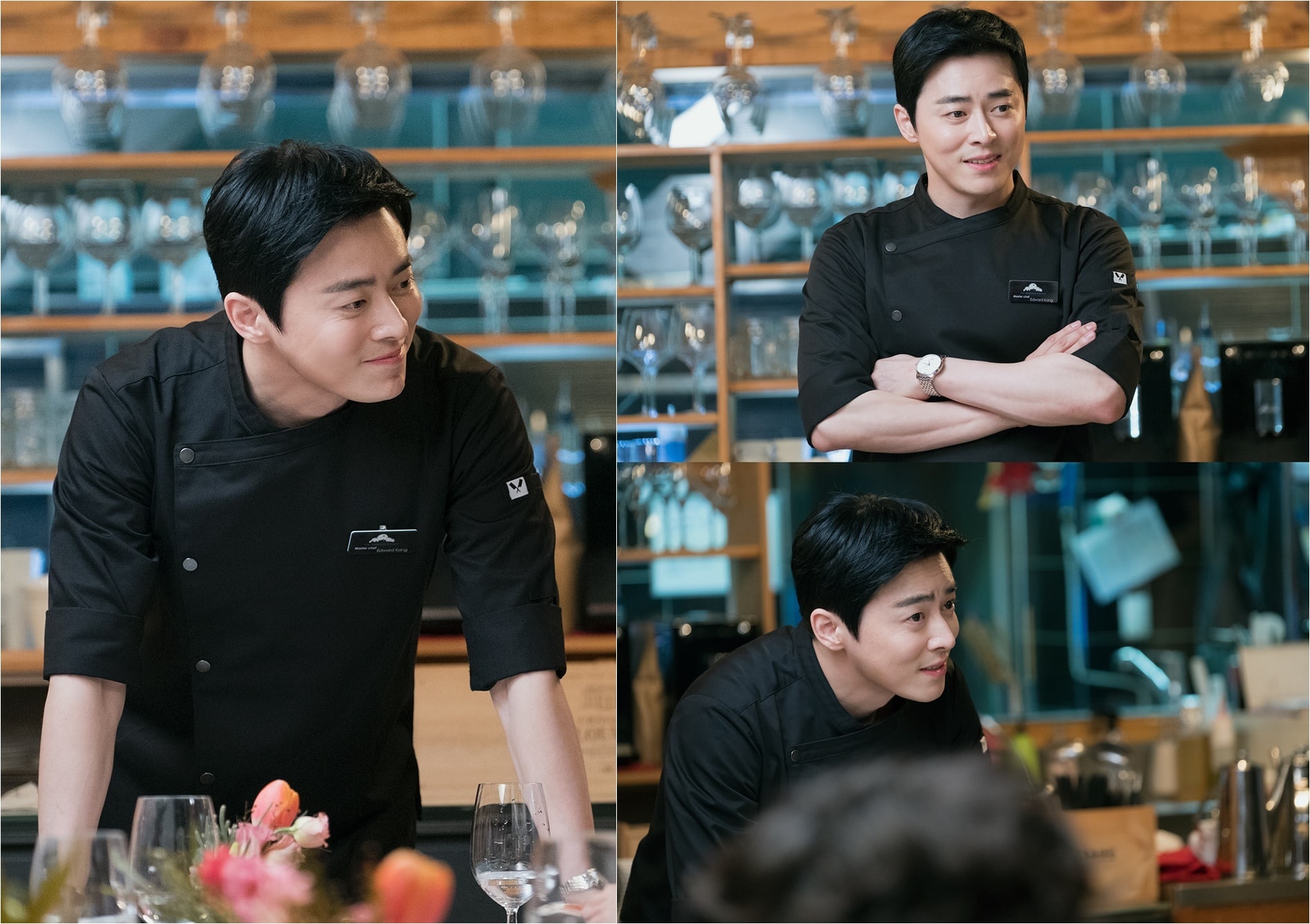 They went on, “The addition of Jo Jung Suk [to the drama] created a dynamic energy that will unfold in a fun and refreshing way. Please look forward to it.”

The next (and penultimate) episode of “Familiar Wife” will air on September 19 at 9:30 p.m. KST, with the finale airing on September 20.

Catch up on the latest episode of “Familiar Wife” below!