Jo In Sung revealed his dream cast for a film.

On September 11, Jo In Sung appeared on the V Live show “Actor & Chatter” to talk about films.

MC Park Kyung Lim introduced the actor by saying, “Sung Joo in ‘The Great Battle’ and the main lead of South Korean women, Jo In Sung.”

Jo In Sung joked, “Didn’t I help ‘Actor & Chatter’ grow? I think I’m going to have to give myself some credit. In the past, I had to crawl up here.”

Park Kyung Lim explained, “There was a special episode of ‘Actor & Chatter.’ It was an attic. It was hard to come up.” Thinking back to his own roots, Jo In Sung said, “Hello. I’m Jo In Sung from the neighborhood of Bangi in the Songpa District.”

Jo In Sung continued to make jokes throughout the broadcast. Upon hearing that they’d already received 516,000 hearts, the actor said, “That’s not enough. It should be 1 million by now. 12 million? Is that not possible? I’ll even use the phone-a-friend chance to call [EXO’s] D.O.“

Park Bo Young, who was the previous actress to appear on “Actor & Chatter” had left the question for him, “If you were to produce a movie with your own money, would you be the lead?”

Jo In Sung responded, “I’ll choose you, Bo Young, as the female lead. We’ve never worked together, but we’re personally close. Don’t accept a guarantee and I’ll give you a running guarantee instead. The film will do well.” A “running guarantee” is a payment made based on the box office profits of a film, rather than a pre-determined amount written in a contract.

He continued, “Lee Kwang Soo would be a bit weird right? D.O.? Kim Woo Bin is a bit sick, so…” He added with a smile, “Bo Young, if you become the female lead, I’ll play the male lead.”

About directing or producing, Jo In Sung stated, “Right now, I’m busy with just acting. I’ll do those kinds of things later.” 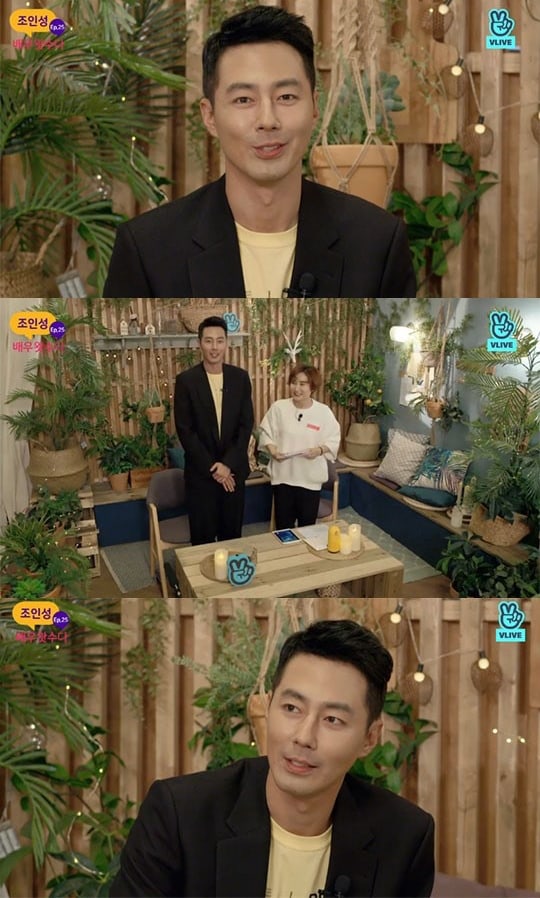 “The Great Battle” will premiere on September 19.