Jo In Sung Reveals What It’s Really Like To Be Friends With EXO’s D.O.

Actor Jo In Sung sat down for a live interview on Actor & Chatter, where he opened up about his close friendship with EXO‘s D.O. (aka. Do Kyungsoo). I’m estimating about 12 million hearts [by the end of the broadcast]… No? Did that never happen before? Oh Kyungsoo [did].

Do I need to get him on the phone [to get more hearts]?

Jo In Sung revealed that he actually met D.O. earlier that day. They ran into each other at a photoshoot where D.O. ran over to greet him with the happiest grin! Jo In Sung and Park Kyung Lim then continued to dive into the close bromance. 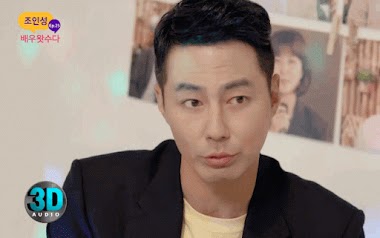 We were coincidentally shooting for the same magazine today. We didn’t know that we were shooting at the same place. He suddenly approached me with a big smile. I was so surprised.

Jo In Sung and EXO’s D.O. first met on set for It’s Okay That’s Love – D.O.’s debut drama as an actor. They had such a good chemistry that Jo In Sung reveals he’d like to work with him again, but this time as brothers in a thriller genre! 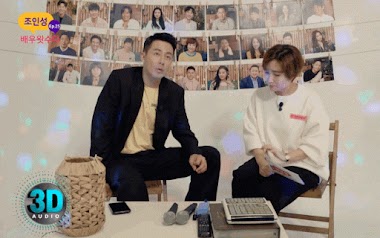 I think it’ll be best to play the roles of brothers. Maybe a thriller with Kyungsoo being the criminal.

Not only do they work together, Jo In Sung and D.O. bonded over karaoke! He jokingly claimed that while D.O. sings like a professional, he gets kicked out of karaoke rooms because of his “embarrassing” singing skills! 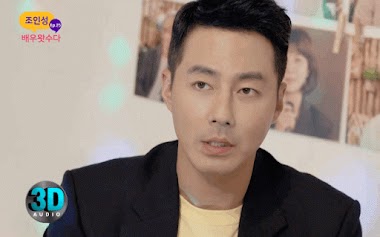 We’ve been to karaoke together. He’s really good at singing because he’s a vocalist.

Some karaoke places don’t let me in. They say I’m too loud and embarrassing. They tell me to leave if I’m going to sing like that.

As two mega-talented actors, Jo In Sung and D.O. continue to support each other as the sweetest friends-slash-brothers! 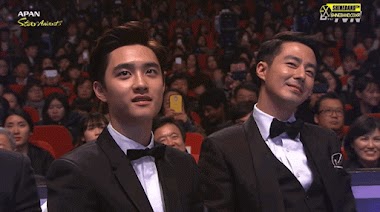