Hyun Soo Ah was a character who was the target of criticism in the drama. She had a two-faced personality due to her personal belief that she has to receive love from everyone. Many viewers criticized her, but also sympathized with her once the drama revealed why she turned out this way.

In the end, Jo Woo Ri received lots of love for successfully portraying her character. Talking about how she landed this role, she began, “I didn’t audition for the role of Hyun Soo Ah. I auditioned for the role of one of the chemistry department students, but I read Hyun Soo Ah’s lines since they were in the script. The director must’ve viewed this favorably. On my way home after the audition, he called me saying that he wanted to see me again, so I turned the car around and went to have a meeting with the director.”

She continued, “I didn’t know why he cast me at the time, but when I asked the director later, he said that it seemed like it would be more fun if I acted the part of Soo Ah. He said that he cast me because if my usually bright appearance could be noticed while I acted as Soo Ah, then the viewers could see that Soo Ah didn’t act that way due to ill intentions.” 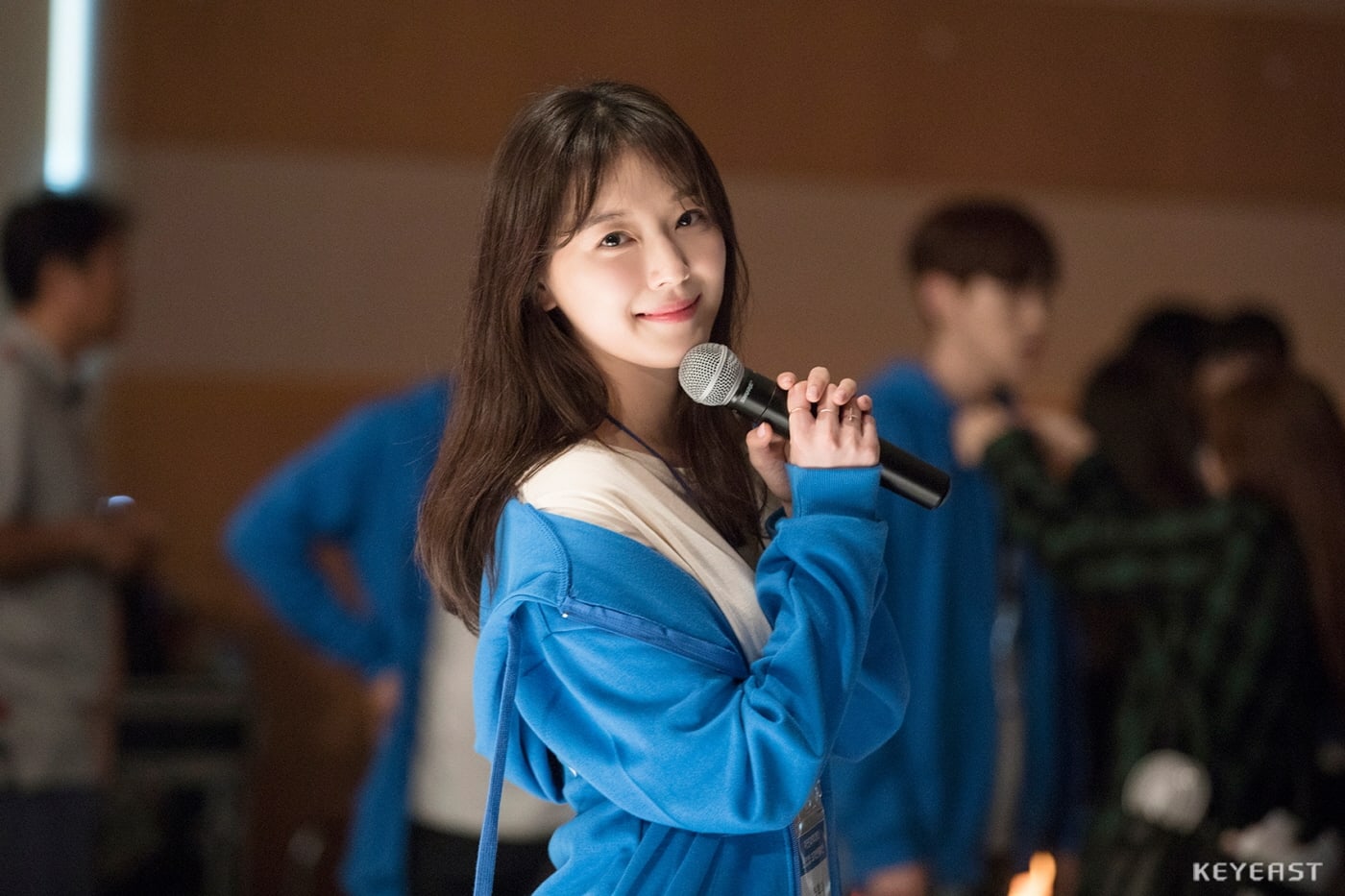 In the drama, Hyun Soo Ah is a natural beauty who earns the title of “the goddess of the chemistry department.” She gains lots of attention for her beautiful, lovely looks, but will do anything in order to retain everyone’s love.

Hyun Soo Ah did reecive hate from viewers when she pretended to like another female student’s boyfriend or expressed jealousy at Do Kyung Seok (played by ASTRO’s Cha Eun Woo) and Kang Mi Rae’s (played by Im Soo Hyang) relationship.

“I was one of the fans who were angry at Soo Ah while reading the webtoon,” said Jo Woo Ri. “I did expect that kind of reaction, but there was also some hate towards me. I think it’s because they were immersed while watching the drama. I read comments and there was hate towards me and some strong words on my personal social media account. I thought that I shouldn’t read those comments and should just work hard at acting, but it did make me think that the drama must’ve been doing well.”

She continued, “One day, I wore a hat and walked out of my house as I normally do. From somewhere, I heard a voice say, ‘Senior, I’m a big fan of you.’ I put a drink on the counter and the part-time worker was rewatching our drama on his phone. But as soon as my character said that, the employee cursed. Thankfully, he didn’t recognize me. Thinking that I shouldn’t break his concentration in the drama, I lowered my hat even more and walked out.” 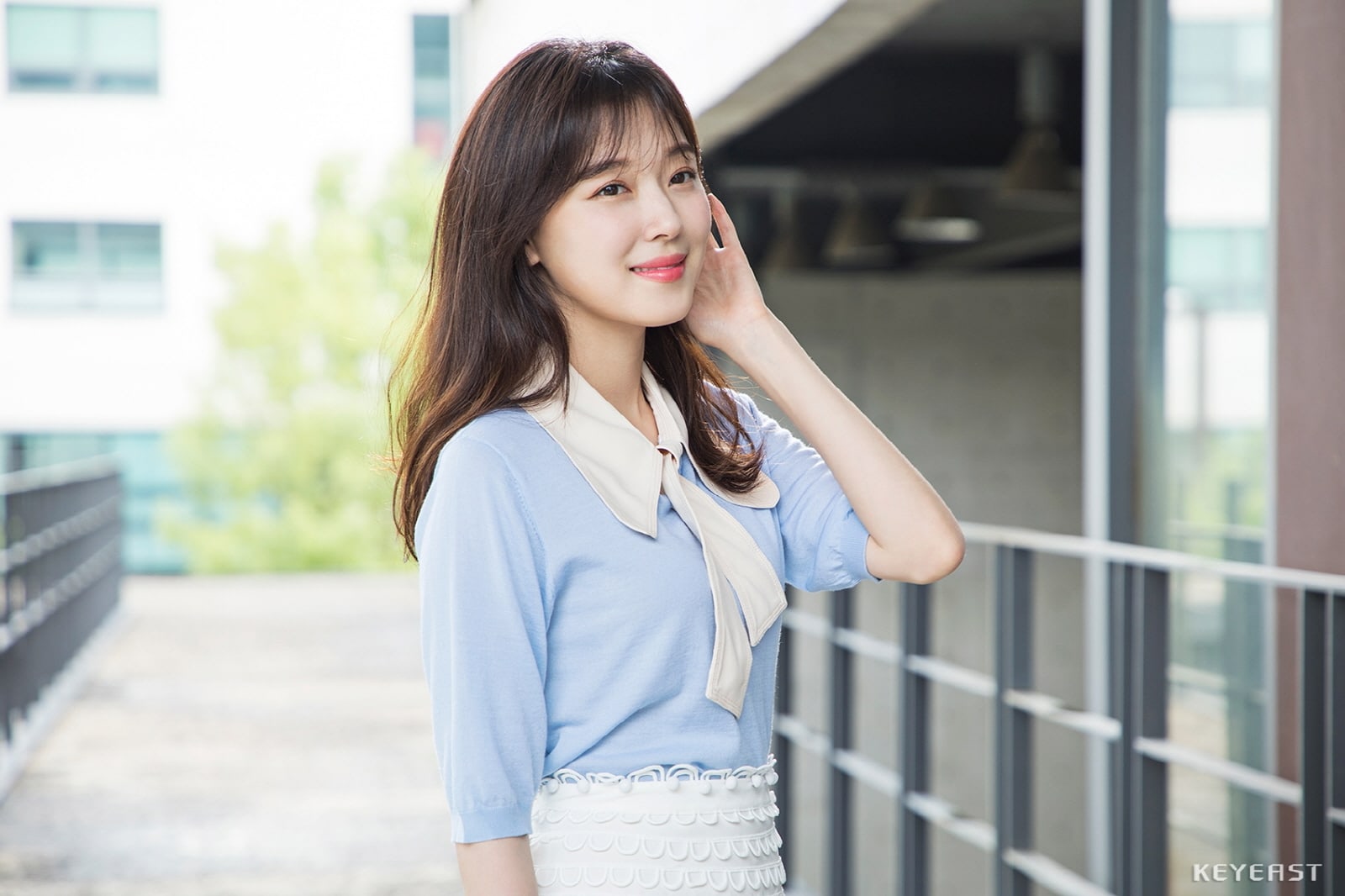 At the press conference for “My ID is Gangnam Beauty,” Jo Woo Ri had said that she was different from her character Hyun Soo Ah who cared a lot about herself and her appearance.

The actress explained, “When I got the part of Hyun Soo Ah, my friends were really excited while my parents were worried if I could pull off a villain character. It was my first time playing a villain, so I was also worried. But after the drama aired, I was happy when my friends said, ‘I wanted to hit you.’ It meant that my friends could immerse in it that much, so I was happy. If someone you know appears in a drama, it’s hard to focus on [the drama itself], but that wasn’t the case. It made me think, ‘I’m doing a good job this time.’”

Talking about her interaction with script writer Choi Soo Young at the wrap party, Jo Woo Ri said, “She hugged me asking me If my mentality was okay. People around me worried more and the writer worried about me. Oh Hwi Jun, who appeared as Chan Woo, also said, ‘Have strength Soo Ah,’ when I saw him on set. It felt weird and I thought, ‘Why is he telling me to have strength?’ but it turned out Chan Woo got a lot of hate too.”

“My ID is Gangnam Beauty” aired its final episode on September 15 which recorded its personal highest viewership ratings.