The “Video Star” MCs conducted a short interview with Jo Yoon Hee over the phone. She told them that she was moved everyday by her boyfriend, Lee Dong Gun, sparking envy on the set. 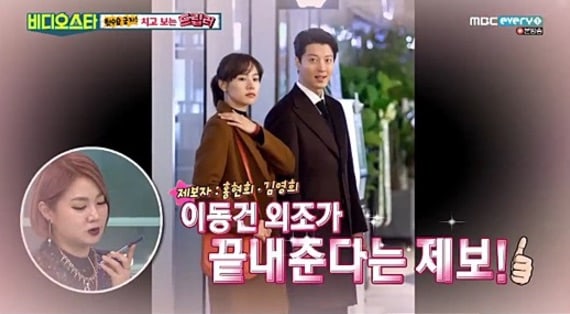 As examples, Jo Yoon Hee elaborated, “I was really touched when he came to the dinner for my radio show. Even after that, he also came to my radio show with delicious things for the writers. At moments like those, I’m really moved.”

When the MCs asked Jo Yoon Hee if she ever did anything to affect Lee Dong Gun similarly, she laughingly replied, “I will now.”

Jo Yoon Hee also shared that what she likes most about Lee Dong Gun is his consideration for others.

Lee Dong Gun and Jo Yoon Hee confirmed their relationship in February 2017, after acting together in “Laurel Tree Tailors.”

On a lighter note, watch the drama where Jo Yoon Hee and Lee Dong Gun’s real life romance began on Viki below!