Based on the popular webtoon of the same name, “The Item” is a fantasy drama about a man and a woman that set out to uncover the secrets behind several mysterious objects with supernatural powers. The drama will star Joo Ji Hoon as Kang Gon, a hot-headed prosecutor who becomes entangled in the mystery while attempting to save his beloved niece, and Jin Se Yeon as Shin So Young, a talented criminal profiler who remains perfectly composed even when faced with the most horrific crime scenes.

The photos released on February 6 show the two characters’ strange first encounter. They first stare at each other with discontent expressions on their faces, but soon fall down together, arousing curiosity. Joo JI Hoon looks taken aback at the awkward situation, but at the same time, his arm is around her shoulder, as if he is sheltering her. Jin Se Yeon also looks surprised, and this scene hints their unusual future relationship. 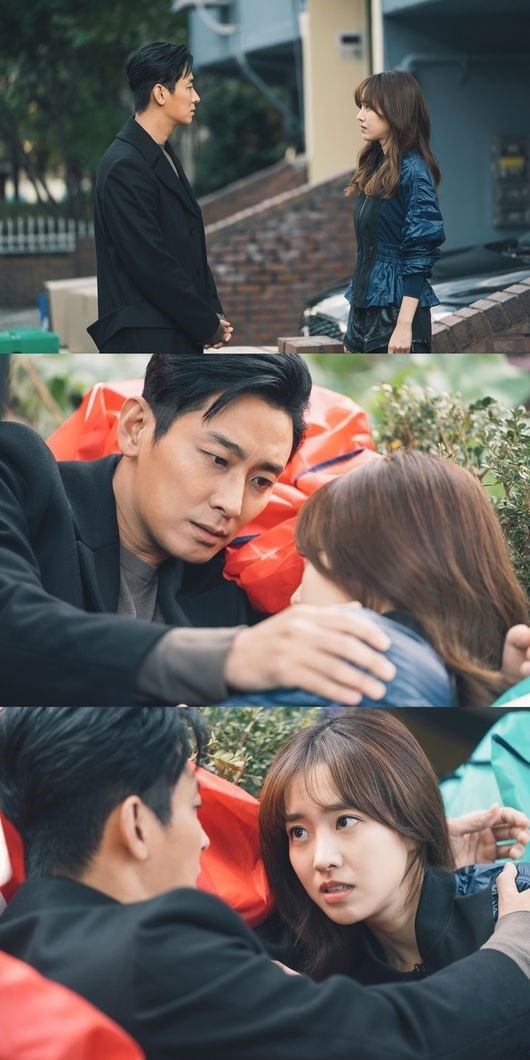 This is the second time Joo Ji Hoon and Jin Se Yeon are appearing in a drama together. They previously co-starred as leads in the 2012 drama “Five Fingers.” Concerning their reunion, Joo Ji Hoon stated, “I’m very happy. I think I’ve matured a lot in the acting part and beyond,” and Jin Se Yeon said, “There is the advantage of meeting again and acting more comfortably. He’s a kind person who is considerate of his co-stars, and you can’t help but always smile when you’re with him.”

The production crew stated, “The mood maker Joo Ji Hoon and sociable Jin Se Yeon are leading the scene and showing fantastic chemistry. Please look forward to the first broadcast of ‘The Item’ that is full of their special teamwork, the movie-like scale, and unpredictable stories.”

“The Item” will premiere on February 11 at 10 p.m. KST and will be available on Viki with English subtitles!