The upcoming drama “Fates and Furies” has released some new stills of its leading man.

The SBS weekend drama stars Joo Sang Wook as the second son of a chaebol family who is driven by ambition to take over the top spot from his older brother. In order to achieve this goal, he is planning to marry another chaebol family heir (played by So Yi Hyun) when he ends up falling in love with Goo Hae Ra (played by Lee Min Jung). 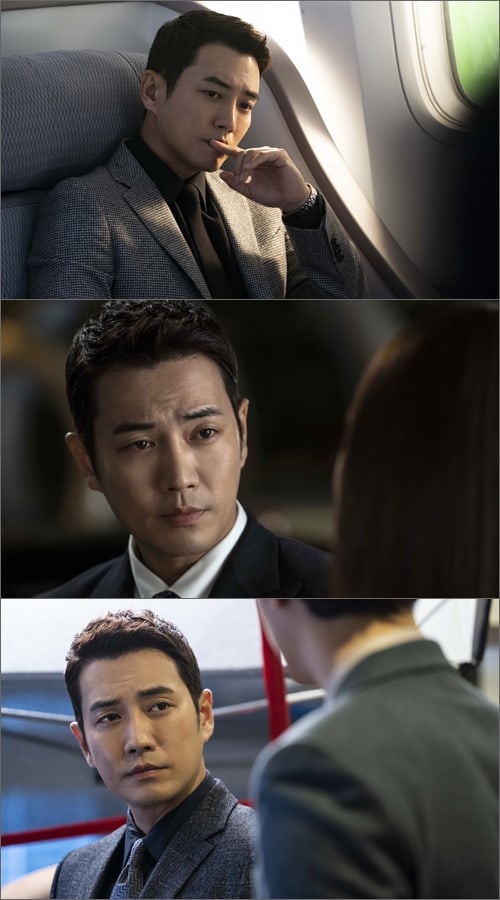 Joo Sang Wook fully embodies his proud and wealthy character in the new stills, traveling first class in a suit and looking down on people from his privileged position. Whether he’s talking to a man or a woman (possibly Lee Min Jung), he exudes confidence that borders on arrogance.

The production staff stated, “Tae In Joon [character name] is a realistic character who aggressively pursues a marriage of convenience in order to take charge of his family company. His fate undergoes a complete change when he meets Goo Hae Ra, awakening the thirst for love inside of himself that he didn’t know he had. His love for her is strong enough to overcome his desire for vengeance against his stepmother and father, but when he realizes that what he had taken for fate was actually based on a lie, his fury and revenge will be even stronger than his former love.”

They continued, “Joo Sang Wook is the perfect casting for Tae In Joon and his chemistry with Lee Min Jung is great.”

“Fates and Furies” tells the story of a man who falls in love with a woman because he believes it’s fate (Joo Sang Wook), a woman who deceives him in order to change her own fate (Lee Min Jung), a woman who wants to split the two of them apart (So Yi Hyun), and a man who seeks revenge on that woman (Lee Ki Woo).

It premieres on December 1 and will be available on Viki!