Joo Sang Wook has gotten his hands on the two people closest to his brother and rival Yoon Shi Yoon.

“Grand Prince” is about the brotherly rivalry between princes Lee Kang (played by Joo Sang Wook) and Lee Hwi (played by Yoon Shi Yoon) as they fight over the throne and the woman they both love, Sung Ja Hyeon (played by Jin Se Yeon). The drama has been receiving lots of love, achieving the highest viewership ratings ever for a TV Chosun drama. With only two episodes left, the drama has been on the brink of achieving 5 percent viewership ratings, which means that the actors would fulfill their ratings promise of giving out free hugs in front of Gyeongbukgung Palace wearing their historical costumes.

The penultimate episode teases even more tension, as Joo Sang Wook catches Jin Se Yeon and Yoon Shi Yoon’s faithful attendant Ki Teuk (played by Jae Ho). The two of them are locked up in a secret room with guards guiding them. Joo Sang Wook emanates a cold anger, as he questions the two and even holds a knife to Jae Ho’s neck. Despite the danger they are in, Jin Se Yeon bravely talks back and glares at Joo Sang Wook. 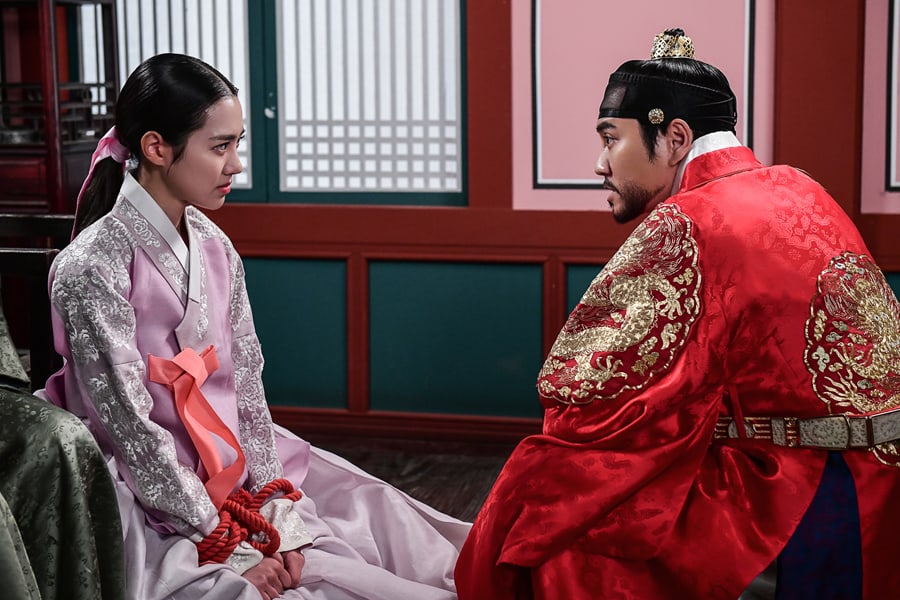 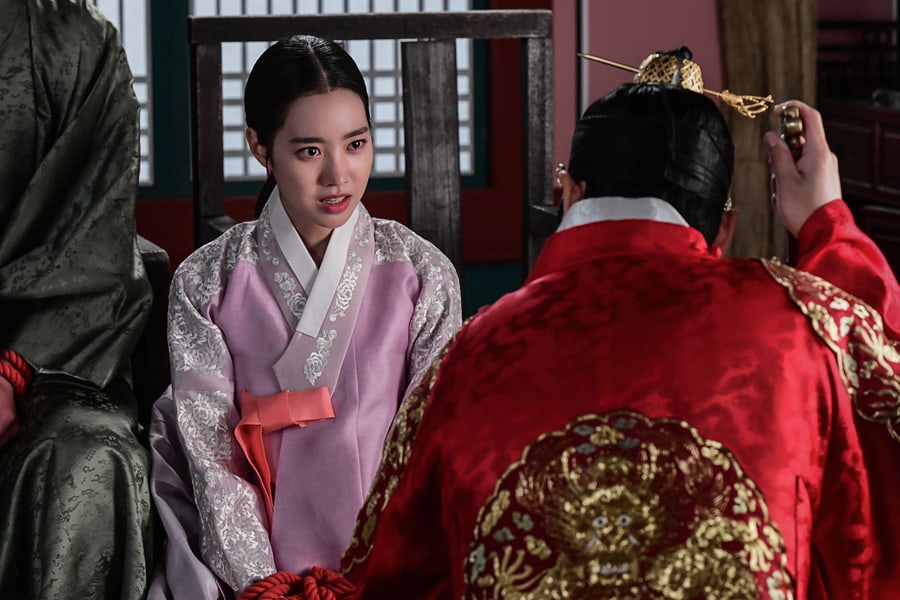 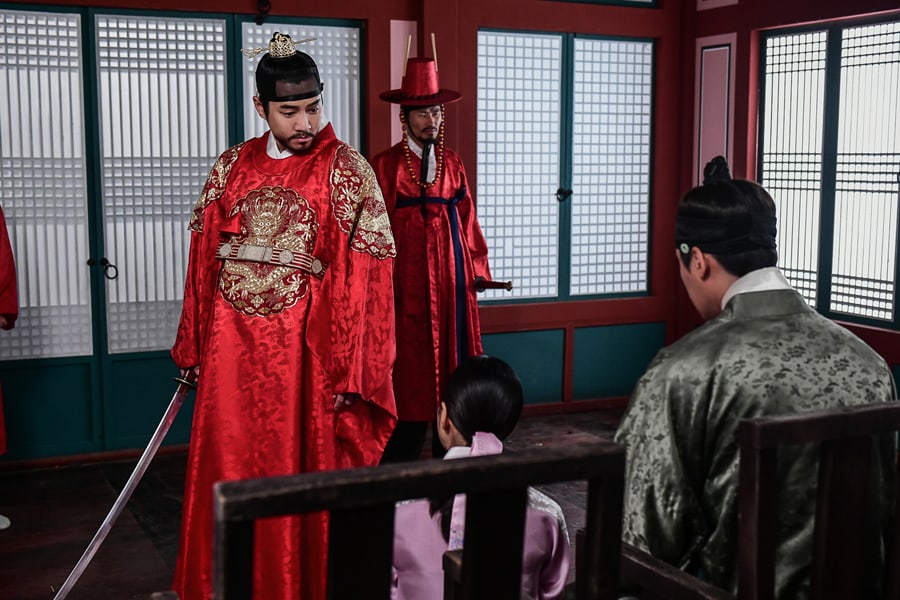 In the previous episodes, Lee Hwi hatched a plot to take down Lee Kang from the throne, planning a sneak attack as Lee Kang heads towards the countryside for the death anniversary of the former king. However, an informant revealed the plan to Lee Kang, hinting at the bloody battle to come.

The production staff commented, “As much as the drama has been praised as a ‘well-made historical drama,’ we will show a conclusion that won’t disappoint. Please watch until the very end.”

If you haven’t already, watch the first episode of the drama below!