JTBC Provides An Updated Official Statement Regarding K-Drama “Snowdrop”, Revealing The Actual Contents Of The Drama

Previously, it was reported in media that upcoming K-Drama, Snowdrop, was facing controversy due to the plot line and set-up. The Korean public had not taken kindly to the premise and started petitions to cancel the drama on the basis of distorting history as well as romanticizing a sensitive issue.

Snowdrop‘s previously released premise is based on a North Korean spy that is mistook to be as a student protestor. Injured, he ends up at a women’s university dorm where a female student nurses his wounds and hides him. The public took issue with the fact that many student protestors during the Democratic Struggle were unfairly tortured by military troops who used the excuse that these students were spies from the North. The set-up of the male lead being an actual spy who is mistaken as a protestor would be a disrespect to the actual protestors who died in history. Other problems that arose includes the choice of name for the female lead, Young Cho, due to her significance in the protests as an actual figure with an uncommon name. 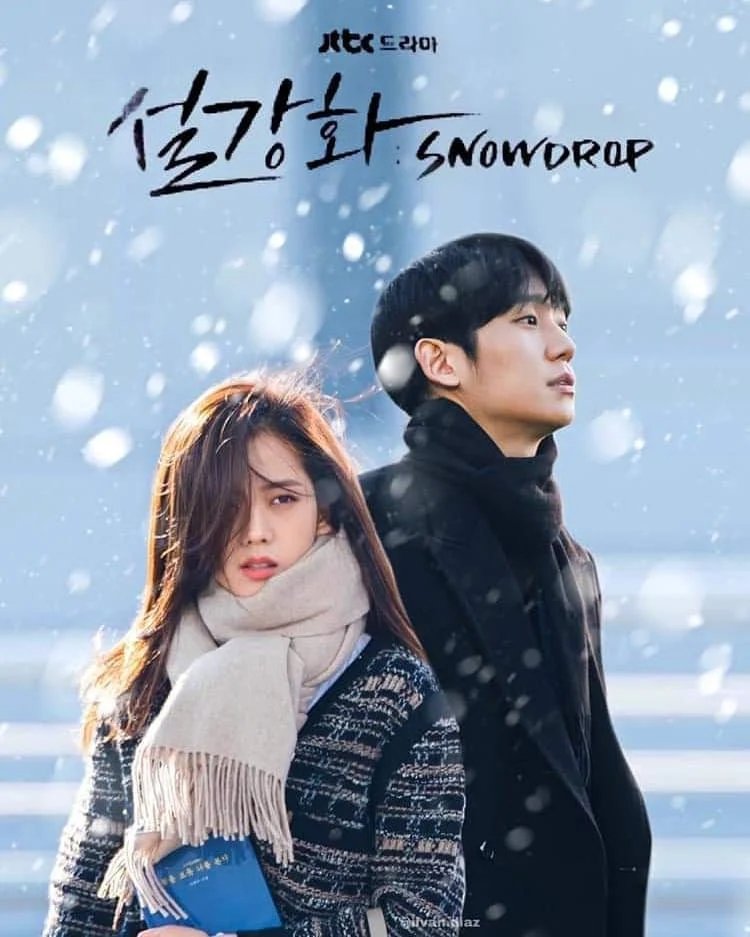 JTBC released a statement to address the controversy, only to have the public deem it unsatisfactory. They swiftly updated the statement a few days later. The new statement can be read below.

The controversy started due to one-sided information made up of a combination of the incomplete synopsis as well as a portion of the character introductions that had been leaked. Doubts expounded on these fragmented information and contents that were false were circulated as if they were true. Of course, this responsibility falls on the production team that failed to strictly keep these materials that have yet to be refined, under wraps.

As such, JTBC will reveal a portion of the contents for Snowdrop and ask for your understanding.

2. Snowdrop uses the background and theme of 1987’s political situation surrounding the presidential election and not the Democratic Movement. A fictional story will be told surrounding the military regime, the National Security Agency and how they possess vested interests, conspiring with the North Korean dictatorship to maintain power.

4. Regarding the description of the National Security Agent as “upright” is because he refused a powerful role domestically and rather, is disillusioned by his colleagues who have made it so that it evades the (NSA’s purpose) of catching spies and he takes up an overseas role instead as a Black Agent. He also is someone who sticks to principles and will see whatever he thinks is right to the end, while turning his back on the corrupt organization.

5. The character in the drama with the name “Chun Young Cho” has no relevance to the revered “Chun Young Cho”. However, we will be changing the name of the female lead due to the critique that is associates her (with the drama).

Based on the information above, we request that from now on, you will refrain from spreading and leading public opinion based on false information as if they were true. We hope that it will be acknowledged that such actions will cause severe damage and diminute the many creators that strive to make a good piece of work.

JTBC will do its best so as to receive good reviews through our complete drama.

Snowdrop is set to air in 2021, with BLACKPINK‘s Jisoo and actor Jung Hae In in the lead roles.