Jun So Min and Hong Jong Hyun ignited sparks and laughter on the set of “Running Man.”

The cast praised Hong Jong Hyun’s hairstyle and handsome looks, and added that good-looking guys can pull off any style. Yoo Jae Suk then asked the actor if he wanted to try making acrostic poems and Hong Jong Hyun chose Jun So Min.

Giggling, Jun So Min stepped forward and Hong Jong Hyun created a poem using the syllables of her name while pointing to her.

“I didn’t know this before,” he brightly began. “So Min, now that I’ve seen you in real life, you’re pretty. Min-ie noona, I’ll help you score the highest level.” Everyone burst into laughter at the cringey poem and the confident way he said it. Lee Kwang Soo commented, “What’s up with him?” 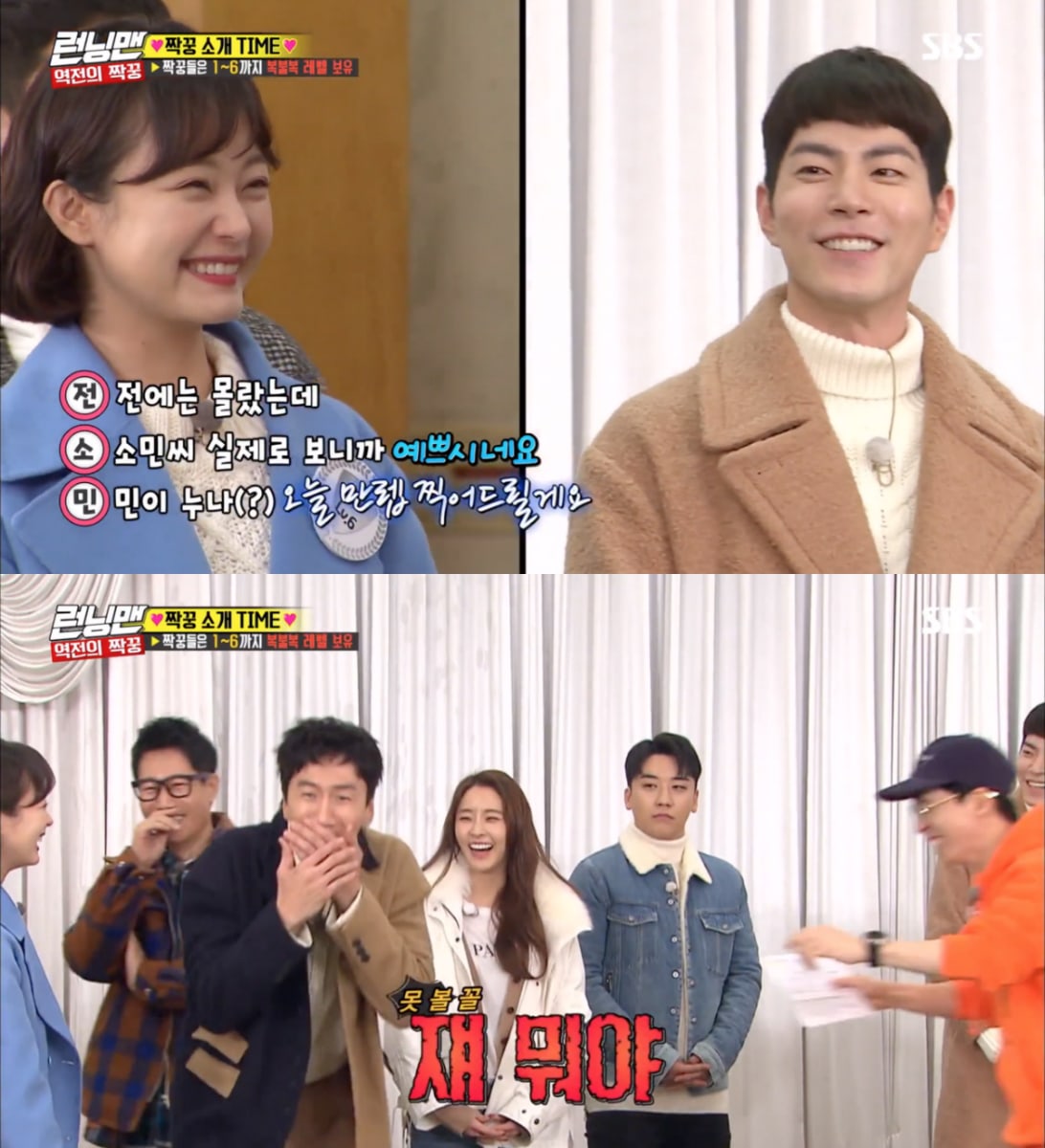 Jun So Min then said that she would like to return the favor with a poem using Hong Jong Hyun’s name. She said, “Hong hong hong hong (laughter sounds). My feelings towards Jong Hyun are currently in progress.” 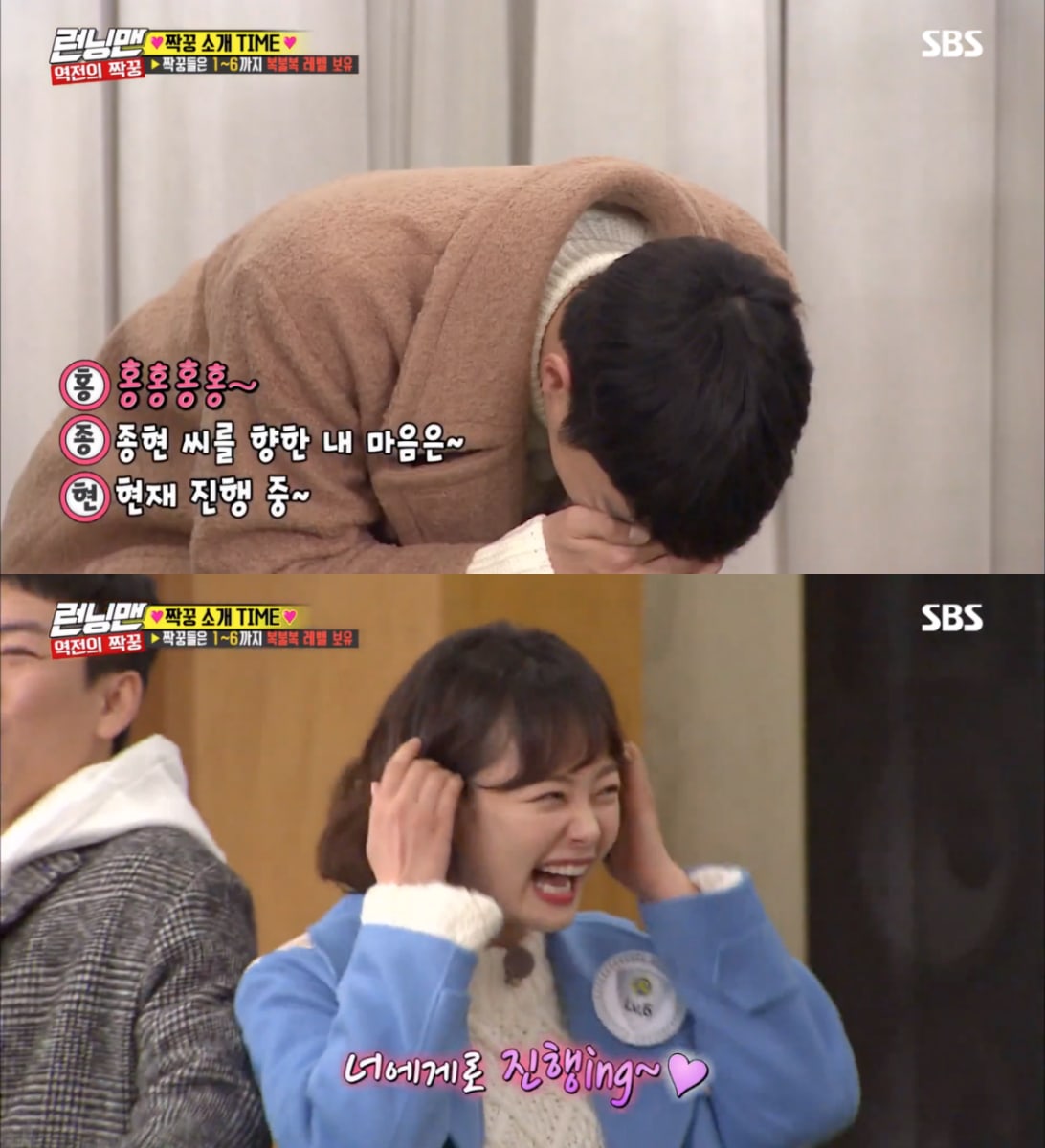 “Running Man” airs on Sundays at 4:50 p.m. KST. Check out the full episode below!