On the latest episode of SBS’s “Running Man” that aired on April 23, the female cast received a mission to share gossip about fellow cast members. During the mission, Jun So Min cautiously revealed that she is having a hard time getting to know Haha and feels awkward around him.

To this statement, Haha responded, “I didn’t act friendly at first on purpose because I didn’t want you to get the wrong idea.” Then, he declared, “So Min, I will show you what friendly is from now on,” promising a change in attitude towards the new “Running Man” member. 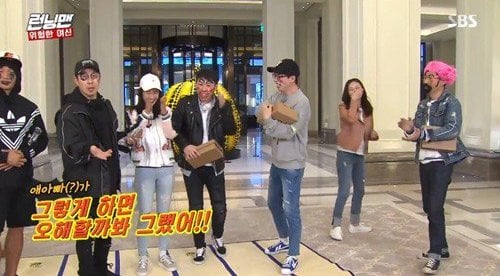 Check out the latest episode of “Running Man” on Viki!