Jun So Min Confesses Co-Star Kim Ji Suk Made Her Heart Flutter; Chooses Between Him And Gong Myung On “Running Man”

On the latest episode of “Running Man,” Jun So Min admitted that she had felt her heart flutter around co-star Kim Ji Suk while filming their recent drama “Top Star U-Back”!

During the February 3 broadcast of the SBS variety show, the guests and cast members played a game in which they had to answer the question of whether they had ever felt attracted to a co-star during filming.

Jun So Min, who recently starred opposite Kim Ji Suk in the tvN romantic comedy “Top Star U-Back,” confessed shyly, “I have. I most recently felt [my heart flutter] around Kim Ji Suk.”

Yang Se Chan pointed out, “But [Lee] Sang Yeob is also in that drama.” Jun So Min cracked everyone up by replying firmly, “No, Sang Yeob is [like] family.” 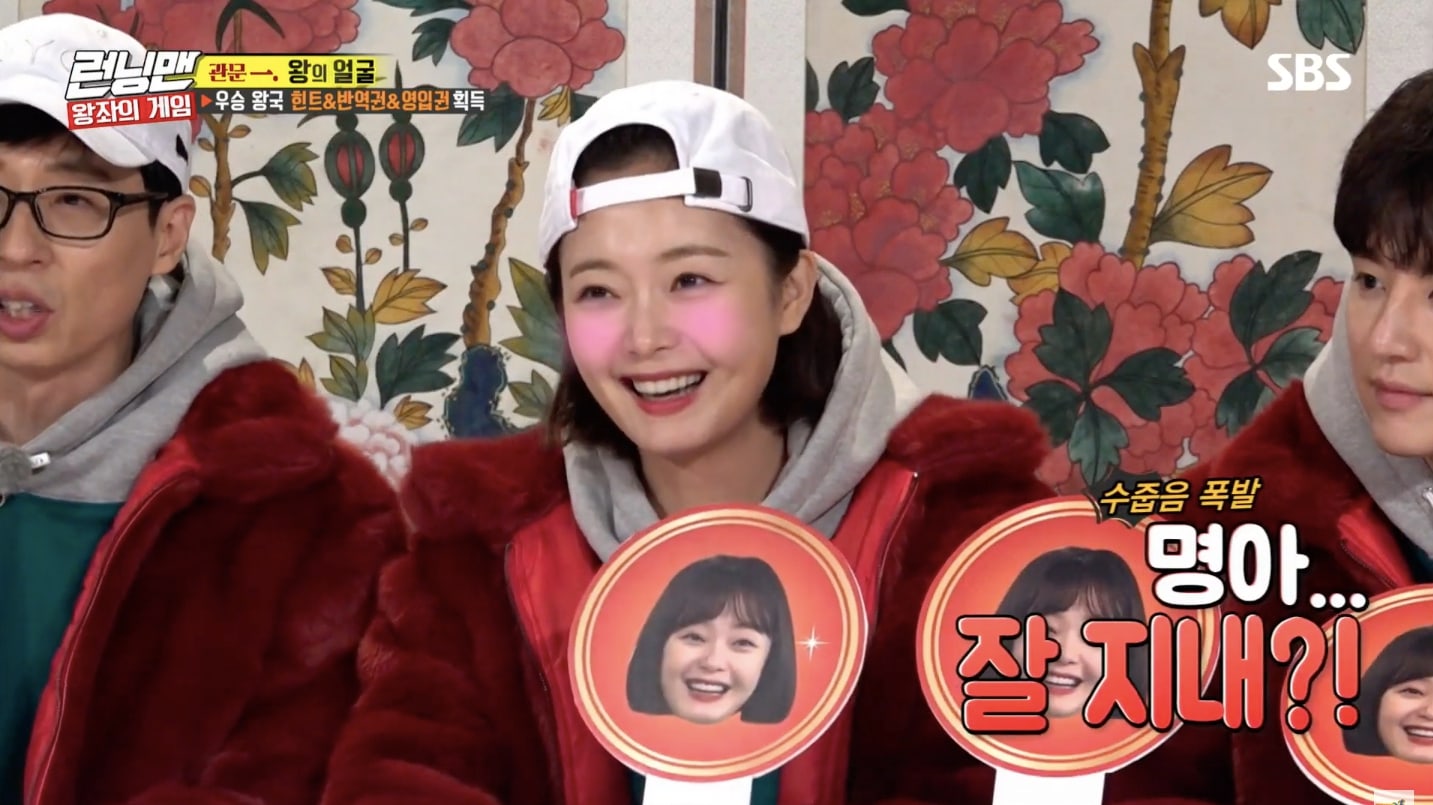 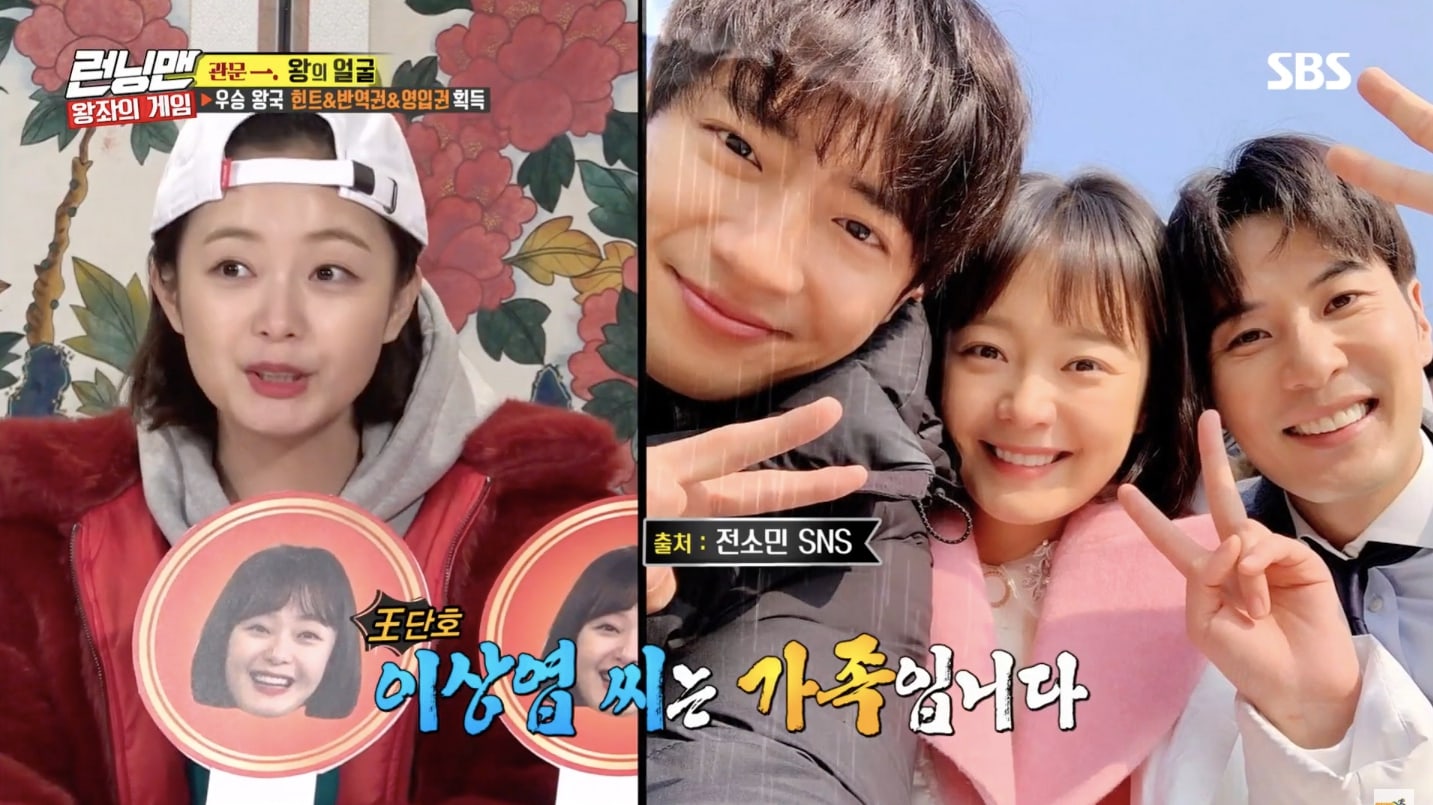 She then mentioned that another person had made her heart flutter recently—actor Gong Myung, with whom she established a love line during his recent appearance on “Running Man.”

Yoo Jae Suk remarked, “When Gong Myung was on ‘Running Man,’ [Jun So Min] was really very [excited] about him.” HaHa agreed, “She kept talking about Gong Myung afterwards.”

Guest Go Ara commented with a smile, “She’s getting all shy!” 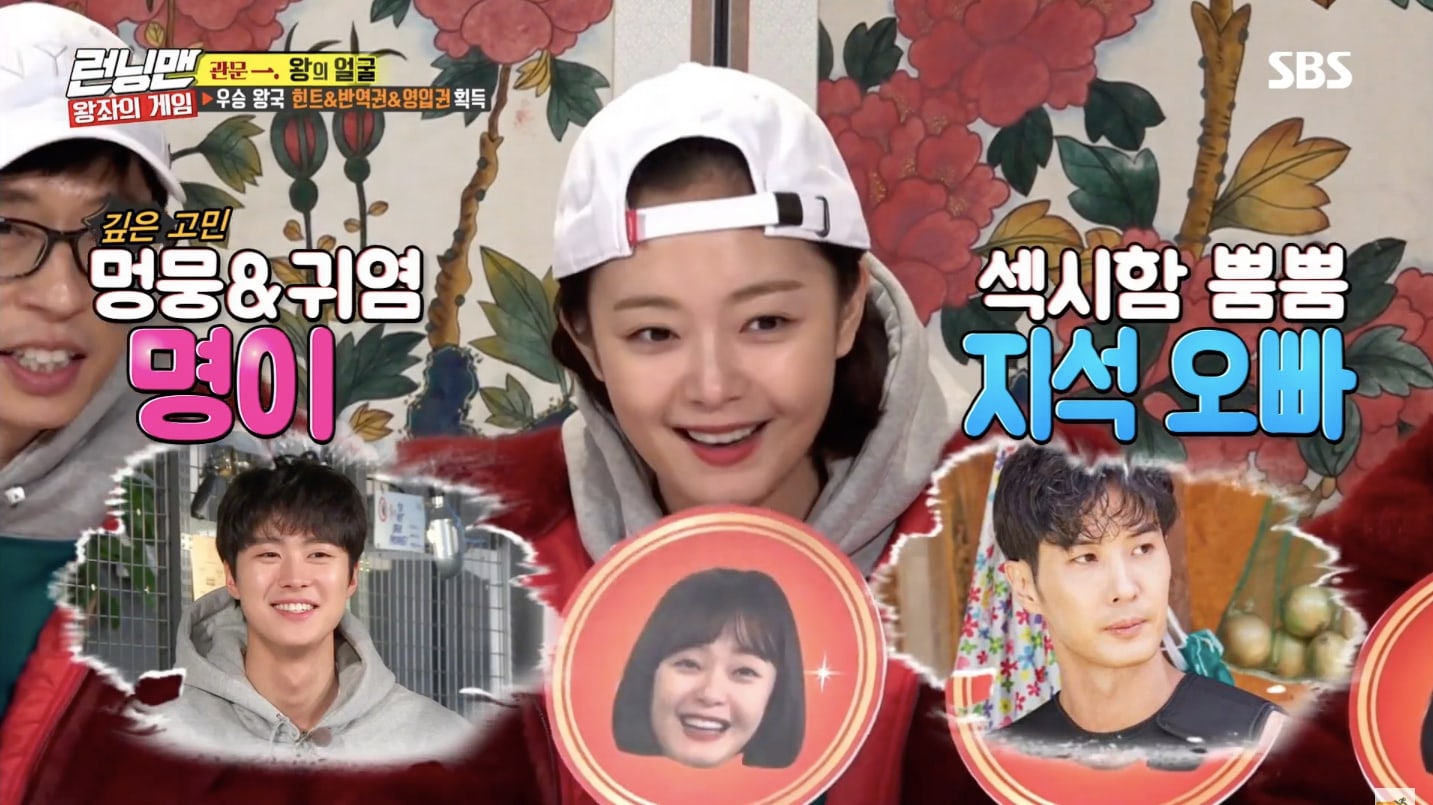 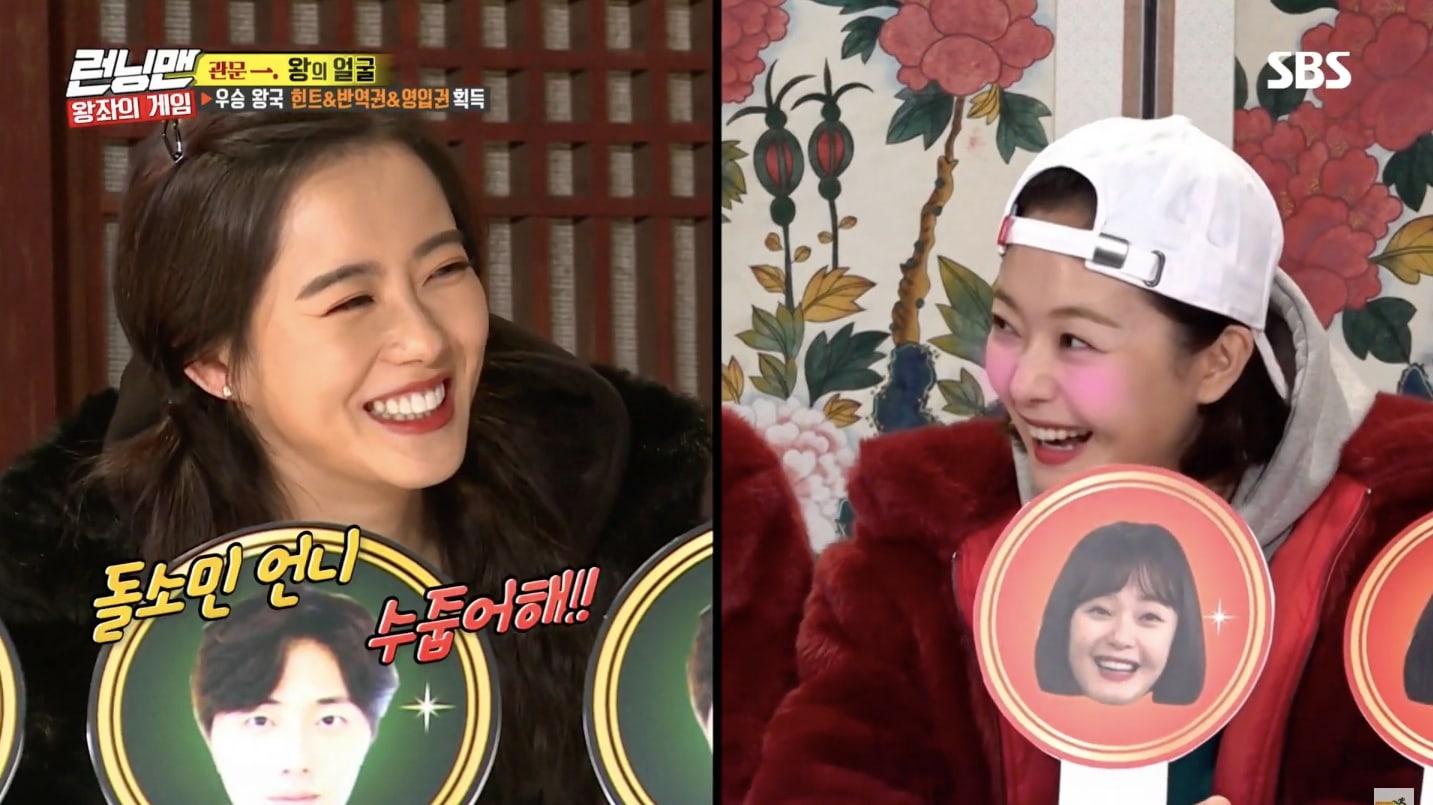 Yoo Jae Suk then asked Jun So Min to choose between Kim Ji Suk and Gong Myung. Looking conflicted, the actress replied, “They’re such different types. [Gong Myung] is so puppy-like and cute, and Ji Suk is such a sexy guy.”

As Jun So Min visibly struggled to come to a decision, Yoo Jae Suk insisted that she had to choose. Suddenly, the actress turned to the production staff and asked, “When does this episode air?”

The moment she heard that the episode would air after “Top Star U-Back” had already ended, Jun So Min turned back to the camera and confidently declared, “Gong Myung!”

Yang Se Chan laughed, “Because her drama will be over [by then].” 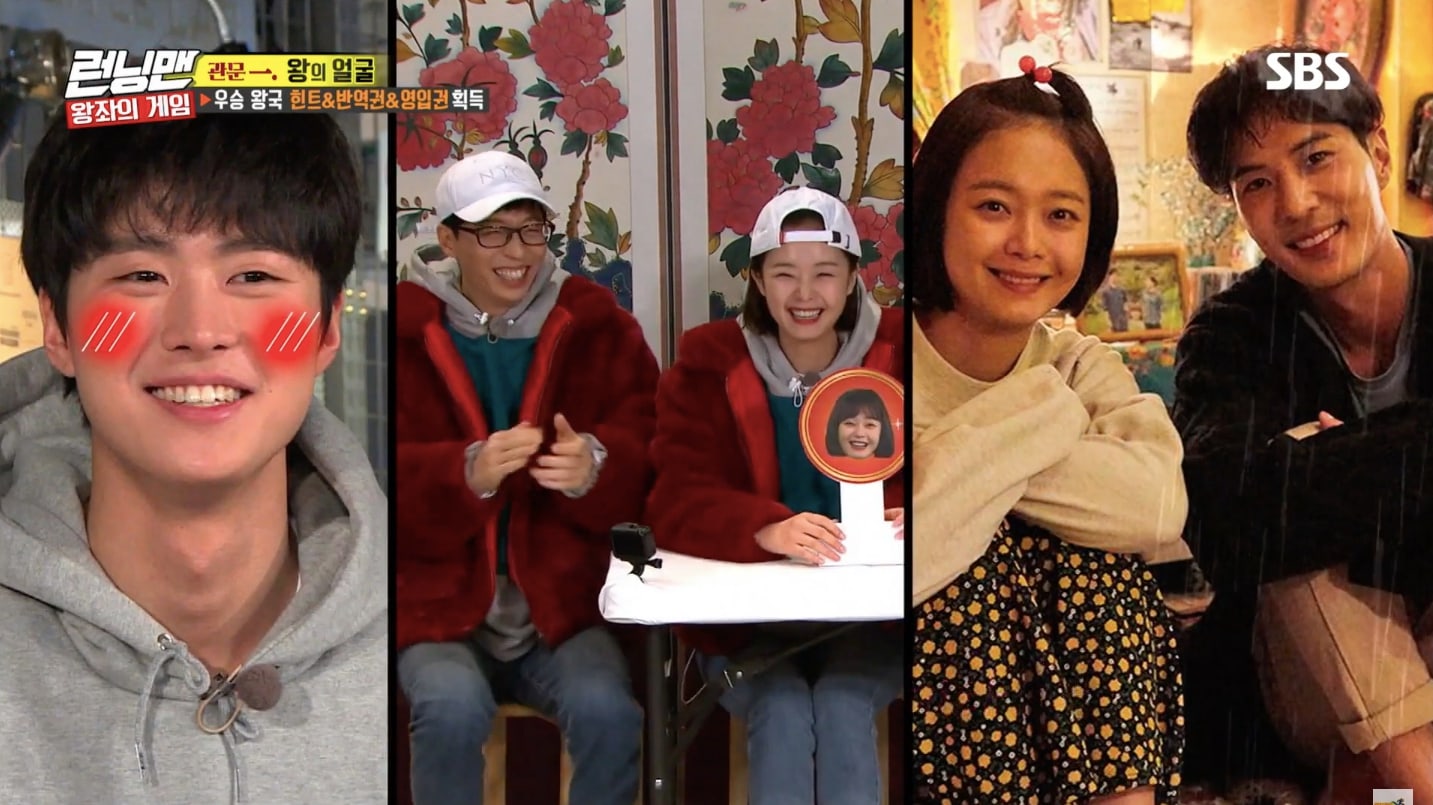 Which actor do you think would make a cuter couple with Jun So Min? Leave your thoughts below!

You can also check out the full episode of “Running Man” here: