On the April 17 broadcast of MBC’s “Section TV,” actor Jung Bo Suk talks about his past experience of working with Hallyu star Kim Soo Hyun.

They both appeared on the SBS drama “Giant” in 2010, with Jung Bo Suk as one of the lead stars and Kim Soo Hyun taking on one of the minor roles. Just one year later, Kim Soo Hyun made his big breakthrough with “Dream High.”

When asked if he had any idea that Kim Soo Hyun would make it this far, Jung Bo Suk firmly says, “I knew that would happen.”

“The intensity of his acting, for example, was exceptional,” the veteran actor describes his impression of then rookie Kim Soo Hyun. “I thought to myself, ‘This guy has endless potential.’” 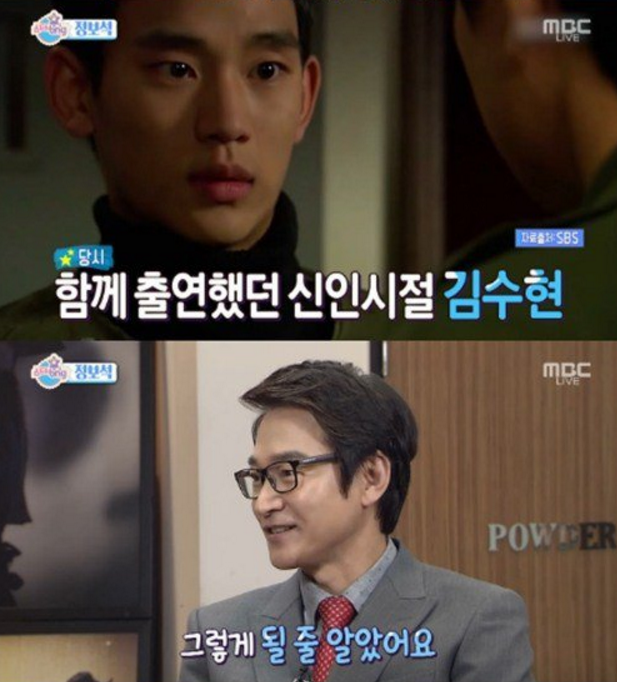