Jung Eun Ji pointed out Kim Min Suk as the actor she would like to work with.

On the episode of Arirang TV’s “Showbiz Korea” aired on April 27, Jung Eun Ji was interviewed for her solo debut. 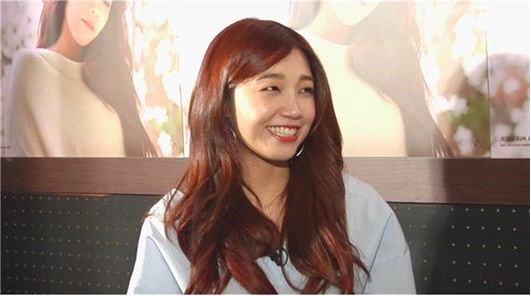 Jung Eun Ji has made a name for herself as the lead singer of A Pink, an actress, and now a solo artist in the genre of folk music. Her title track “Hopefully Sky,” written by her, especially shows off her musical talents.

When asked what it’s like to be going solo, she said, “I have a lot of responsibility on my shoulders because it’s only my name out there. I was also worried that folk songs would be foreign to the people who mostly listen to bright and upbeat songs. Thankfully, I’m hoping that the good weather will motivate people to listen to folk songs.”

When asked the keyword Jung Eun Ji wants to achieve through her solo album, she replied, “Warmth!”

“Since I was young, my dream was to become a singer. The reason is because I wanted people to feel better because of my songs or receive comfort. I hope that through this song, I, too, will be able to receive comfort and warmth as well.”

She also talked about her acting career and how she wants to show off her different colors. When asked if she has any actor in my mind whom she’d like to work with next, she answered, “I think Kim Min Suk from ‘Descendants of the Sun’ is extremely cute, just like a younger brother.” 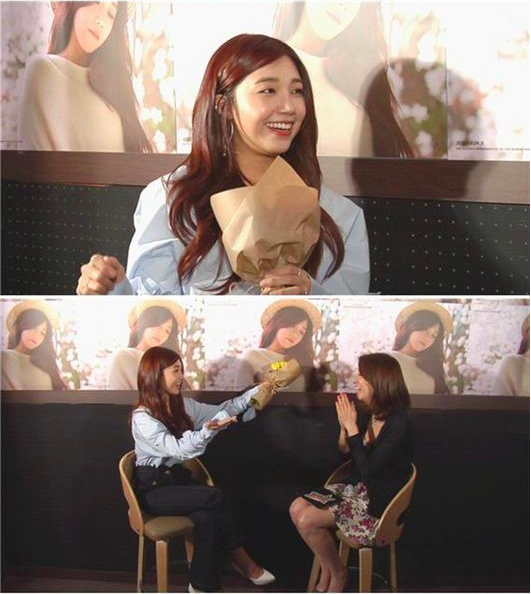