Jung Hae In talked about how he’s different from his character in JTBC’s “Pretty Noona Who Buys Me Food” in an interview with TV Report.

The actor received a lot of love for his portrayal of Seo Joon Hee in the JTBC drama that recently came to an end.

On how he was able to portray his character so well, Jung Hae In said, “Everything was in the script, so I focused and really read the script a lot.” He explained that he didn’t read the script out loud because he didn’t want to put limitations on himself, and he instead read it in different ways and thought about the purpose of each scene. This allowed him to become flexible so he could take any direction on set, which was his goal.

Jung Hae In melted the hearts of many female viewers at the beginning of the drama and many viewers reacted positively to the scene where he told Yoon Jin Ah (played by Son Ye Jin)’s ex-boyfriend Lee Kyu Min (played by Oh Ryong) to let go of her hand.

He said, “What kind of man can remain rational and calm when someone is acting recklessly towards the woman he likes? That was me acting calm after suppressing and suppressing. In the script, it originally said, ‘Aren’t you going to let go of that hand?’ but I really didn’t want to ask Lee Kyu Min. I wanted to command him, so I changed the line on set.” 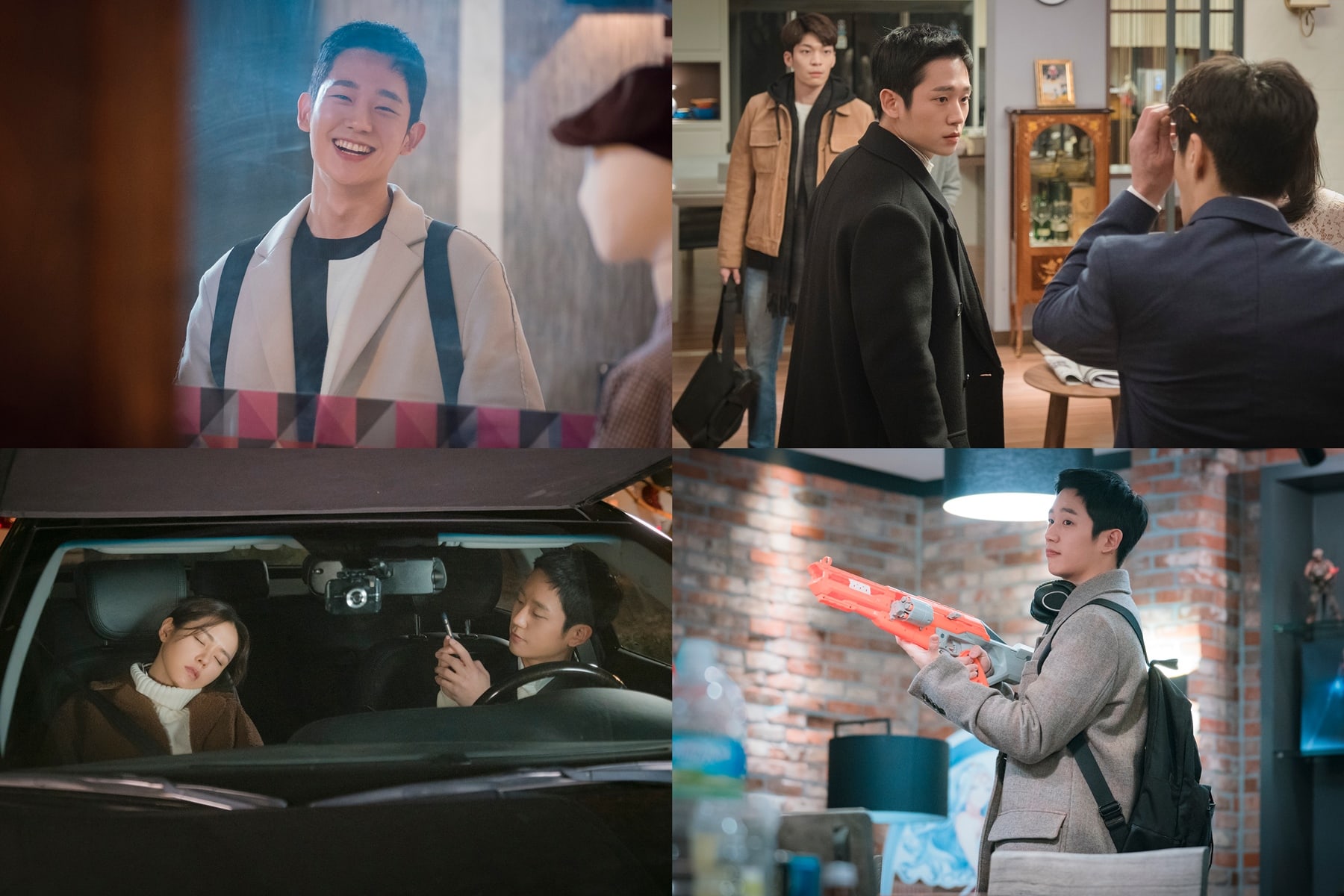 In the drama, Seo Joon Hee and Yoon Jin Ah got back together after three years. They claimed to have forgotten about one another during their time apart, but old feelings came rushing back as soon as they saw each other again.

When asked if he liked the ending, Jung Hae In answered, “It’s right for each viewer to feel differently about the ending. We all grew up in a different environment and have different values, so what they think is right, and I don’t think there’s an answer. I personally filmed while knowing about the ending of the 16th episode and am content about the fact that they got back together. But I did think that the three-year break was long.”

The actor said that his thoughts on love changed through this drama. Jung Hae In stated, “Both people wanted to protect their love, but their ways of protecting it were so different. People say that when you love each other, you know a lot about that person and can tell just by looking at their eyes, but I learned a lot about love through this drama. I realized that couples should have many sincere conversations.”

During the interview, Jung Hae In emphasized that Seo Joon Hee is a character in a fantasy. He said, “Is it possible for a 31-year-old man to go ‘all in’ on love? He’s not in his early 20s or late teenage years, and I questioned if someone could really make this kind of decision. I can’t go ‘all in’ on love like Seo Joon Hee. I think that requires courage. If I ask myself if I can really throw everything away for love, then I become hesitant. In that aspect, Seo Joon Hee is a really great person.”